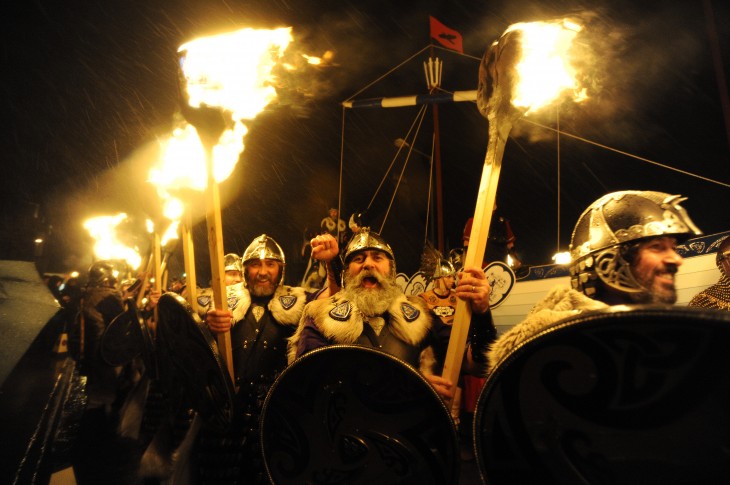 Amazon is beefing up its content offering on LOVEFILM Instant, its on-demand streaming service in the UK, Germany and Scandinavia, with exclusive access to the US television series Vikings.

It will be the first time that any show has been distributed through LOVEFiLM before any traditional broadcast station, channel or network in both Germany and the UK.

Starting on May 24, all nine episodes of the Norse action-drama will be made available to LOVEFiLM Instant subscribers in the UK. Uploading the entire season in this fashion is unusual, given that traditional television networks have long championed the model of drip-feeding an episode on a weekly basis.

House of Cards, the political drama made and released exclusively through Netflix, has already bucked this trend however by offering the entire season simultaneously.

LOVEFiLM Instant subscribers in Germany will be given access to all nine episodes on June 15, although a wider release across Scandinavia hasn’t been confirmed yet.

“As the first time a TV series has arrived on LOVEFiLM Instant before airing on traditional broadcasting platforms, this is an incredibly exciting landmark in our history,” Chris Bird, Director of Film Strategy at LOVEFiLM said.

“We are serious about securing the best film and TV entertainment for our members and this demonstrates how content creators view LOVEFiLM as an effective broadcasting medium for their high-quality and premium entertainment.”

The competition between Netflix and Amazon, which owns LOVEFiLM Instant but also Amazon Instant Video in the United States, is heating up rather quickly. Both firms are desperate to attract new users to their services by offering exclusive or original content.

Netflix launched its first original series, Lillyhammer, back in February 2012 and has since launched House of Cards to critical acclaim. A trailer for Hemlock Grove has also been released and Arrested Development is being resurrected this month.

Amazon has replied with 14 pilot episodes pitched by Amazon Studios, an in-house division for developing exclusive movies, comics and television shows. These include eight comedy pilots such as Zombieland, a spin-off of the 2009 horror-comedy film that shared the same name, as well as political satire Alpha House and Onion News Empire.

The LOVEFiLM Instant catalog pales in comparison to Netflix and Amazon Instant Video in the US. A single show such as Vikings will do little to change public perception, but it’s a small step towards creating an attractive streaming proposition.

Read next: The age of context: Robert Scoble explains how technology helps us make sense of the world [Video]