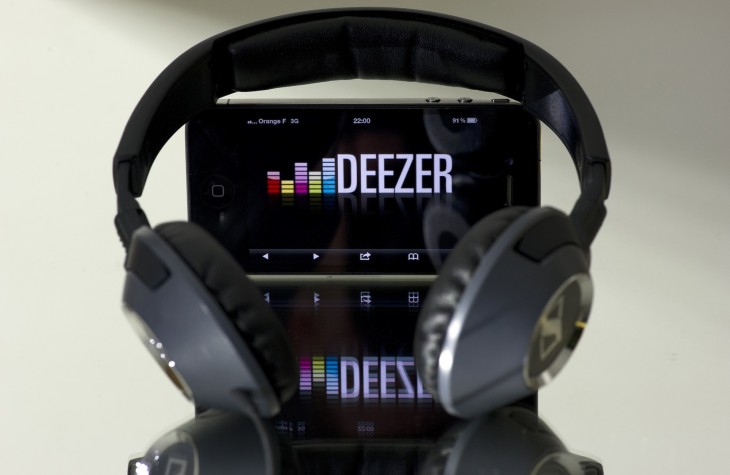 Music streaming service Deezer has announced that it is now available in Brazil, with a launch offer that includes free Web access for six months, plus mobile access for one month.

Its regular pricing ranges from R$8,90 per month ($4) for Web-only access to R$14,90 ($7) for Web and mobile. The platform has also been translated into Brazilian Portuguese, and is now being promoted via the dedicated Twitter account @deezerbrasil.

Deezer’s launch in Brazil doesn’t come as a surprise: the French company currently boasts 3 million subscribers in 160 countries, as part of its ongoing global expansion. As you may remember, the country had been left out when Deezer rolled out its service in 35 Latin American countries last June.

In other words, it was only a matter of time before the company entered this major market – and not only because of its size. As Deezer CEO Axel Dauchez points out, Brazil is highly relevant when it comes to music:

“There’s a real passion for music all over Brazil, which makes it a really important country for us. To put things in context; globally, streaming revenues grew almost five times more than download revenues in 2012 – we’re positive we’ll see this success replicated in Brazil. Our main challenge is to engage Brazilian fans with this new way of enjoying music.”

In addition, it seems that Deezer plans to keep on expanding its Brazilian music catalogue, as it notes that its launch will create new opportunities for Brazilian record companies and independent labels. These negotiations would be handled on the ground by Mathieu Le Roux, recently appointed as Managing Director for Deezer in Latin America.

Le Roux is based in Brazil, where he will oversee Deezer’s Latin America operations, with the assistance of local editorial and marketing teams. He commented on the announcement:

“Launching in Brazil is a great example of Deezer’s plan to take music streaming everywhere, especially to emerging countries where there’s great growth potential for everyone, both artists and fans. With the new Latin American headquarters in Sao Paulo, Deezer hopes to reinvigorate the local music distribution market, bringing an exciting, innovative and legal solution for music consumption. We believe that the importance of music to Brazilian culture and the country’s widespread adoption of social media will help us get very positive results here.”

One of the differences between Deezer and some other music services is its focus on social features, including advanced integration with Facebook thanks to a global partnership. This could help Deezer gain ground in a market where users enjoy social networking, and from which Spotify is still absent. Still, it will face competition from players that were faster in entering Brazil, such as Rdio and Senzari.

Read next: Mega problems: Scammers try to make a buck, Anonymous calls for a boycott over Kim Dotcom snitching