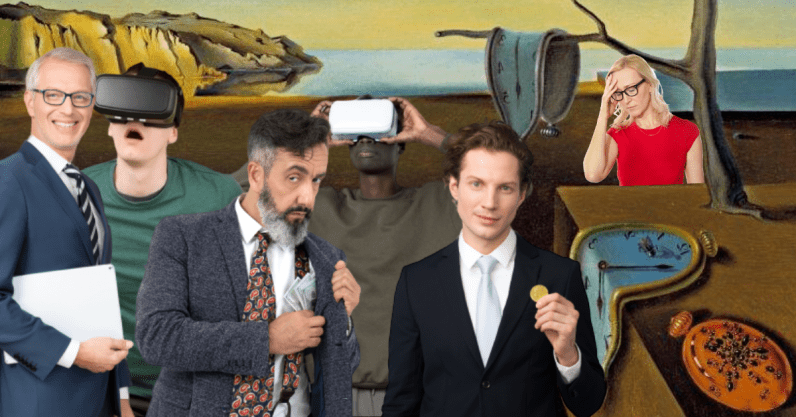 A lack of diversity is one of the biggest problems the tech industry faces, despite a significant growth in the number of women working in the tech industry, female representation has stalled over the last decade. Currently, just 18 percent of leadership roles are filled by women, and the stats are even bleaker for women of color.

Research has proven, on numerous occasions, that diverse teams are good for business — as they bring new perspectives, attract new talent, and improve company culture. This is why Alison Wynn, a research associate with the Stanford VMware Women’s Leadership Innovation Lab, spent the past year studying the implementation of a gender equality initiative at a Silicon Valley tech company.

Wynn’s research titled “Pathways Towards Change,” explored how a tech company’s ideologies and inequality affect their efforts to change. Wynn found that executives tend to favor individualistic and societal explanations of gender differences and inequality, and didn’t attempt to change the structure of their organization.

The study included 50 in-depth interviews with 37 high-level executives throughout every department. Research focused on interviewing the executives responsible for implementing the company’s gender equality initiative.

“Executives tended to explain inequality in two primary ways: They placed responsibility on individuals, for example men being biased against women, and/or women lacking the skills or confidence to succeed, and they blamed society, such as the “pipeline” problem of not enough women majoring in computer science and engineering fields,” Wynn told TNW.

Wynn found that only rarely did the company identity themselves as being responsible for causing inequality within the workplace. “Therefore, executives tended to pursue change efforts centered on changing individuals including unconscious bias training and mentorship programs, rather than changing anything internal to the organization such as the way employees are hired, evaluated, promoted, and rewarded,” Wynn added.

Wynn pointed out that the most surprising fact about her whole research was the people with the power to change the organization seemed the least likely to recognize how the organization might be contributing to inequality. To highlight this, a recent study by Boston Consulting Group (BCG) found that despite 98 percent of companies surveyed having diversity programs, only a quarter of employees from underrepresented groups said they personally benefited from them.

How can companies improve diversity?

While the conversation around the importance of diversity in tech is spreading and getting the attention it deserves, Wynn said: “There’s definitely more to be done.” As Wynn pointed out, there’s a trend in diversity training initiatives that focuses on fixing the individual rather than organizational structure, including changing their hiring and promotion procedures.

To improve diversity, Wynn advises companies to: “Broaden their recruiting efforts, clarify criteria for hiring and performance evaluation, and increase accountability and transparency in pay and promotion decisions.”

Despite unconscious bias training being the most popular initiative in tech companies, the Financial Times reported that there’s little evidence to prove that it changes behavior, and in some cases, the initiative can backfire.

“While unconscious bias training and mentorship programs can be beneficial, and some type of education or training is a necessary first step before organizations can effectively engage in organizational change efforts, if companies stop there, they risk exacerbating inequality,” Wynn said. “Research by Duguid and Thomas-Hunt shows that unconscious bias training, without an organizational commitment to change, can actually normalize and exacerbate bias.”

Over the past decade, we’ve seen no real improvement in diversity numbers. “Diversity is lacking in leadership roles and I think the tendency to gravitate toward a “tick-boxing exercise” may come from a lack of knowledge more than anything — people don’t understand how to fix the problem,” Wynn said.

The Pathways Towards Change study suggests diversity issues may stem from how senior executives tend to view the source of the problem — being that it’s largely a societal problem, and not something that can be fixed within the walls of a business.

“If we can broaden executives’ understanding of the sources of inequality, they might be able to more accurately identify and pursue organizational solutions,” Wynn explained. “I think tech leaders often want to find that one-off solution, that quick fix, that one initiative or program that will solve the problem — but the problem needs to be addressed on multiple fronts, and it runs deep within organizations and institutions.”

Read next: 5 expectant bike tech trends to expect in 2020