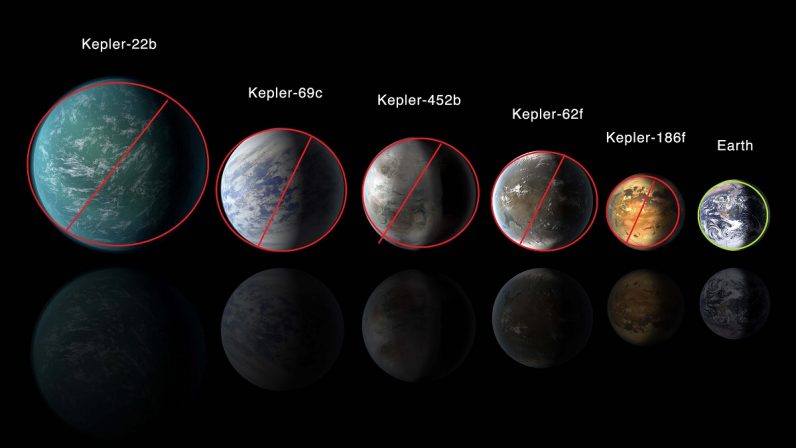 The first exoplanet with the potential to host life as we know it, meaning it was orbiting a star similar to the one we call ‘the sun,’ was discovered by Mayor and fellow Nobel winner Didier Queloz in 1995. In the time since, researchers have confirmed the existence of more than 4,000 exoplanets. But we won’t be making the trip to any of them, says Mayor.

If we are talking about exoplanets, things should be clear: we will not migrate there. These planets are much, much too far away. Even in the very optimistic case of a livable planet that is not too far, say a few dozen light years, which is not a lot, it’s in the neighborhood, the time to go there is considerable. We are talking about hundreds of millions of days using the means we have available today.

Rather than concern ourselves with dreams of colonizing planets throughout our galaxy and beyond, Mayor says “We must take care of our planet.” He told AFP that he wanted to dissuade people from thinking of migration as a viable solution to existential threats, telling reporters he felt the need to “kill all the statements that say ‘OK, we will go to a livable planet if one day life is not possible on earth.” He went on to call such sentiments “completely crazy.”

And he’s right. The current space race may not be a direct response to climate crisis science, but it’s turning out to be a fantastic distraction from the actual, scientifically proven catastrophe unfolding here on Earth.

We shouldn’t be online picking out curtains for some future mansion we hope to live in one day while our studio apartment is burning down around us.

Because, if exoplanets are off the table (barring some far-future tech like quantum warping), then we don’t really have any other options. The Moon? It’s not big enough. Mars? Let’s examine that one briefly.

The red planet is uninhabitable. Despite Elon Musk’s assertion that ‘nuking’ it would kick-start the atmosphere, there’s no current technology capable of “terraforming” it to make it livable. There’s a reason why people haven’t fled the crowded streets of New York, Paris, and Bangladesh to stretch their legs in the wide-open expanses of Antarctica. Because uninhabitable means you can’t survive without accommodations that don’t occur naturally. The challenge of surviving on Mars is almost infinitely more difficult than living on Earth‘s south pole.

When we imagine these ventures, the ones where we send brave explorers off to carve out a new home for humanity (Battlestar Galactica anyone?), we’re not thinking about the billions of ‘regular people‘ who don’t have ‘the right stuff,’ to survive in the harsher-than-anything-on-our-planet reality of space.

There’s no doubt we’ll eventually set up small colonies on the Moon and Mars, but feeding and housing billions of people?

If we’re trying to preserve the species, we need to fight the climate crisis head-on. Building cosmic arks won’t save us.