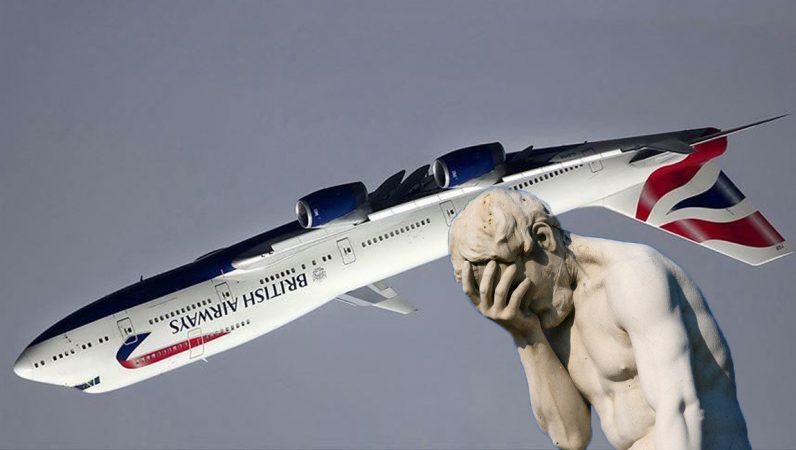 Flying with British Airways? You might want to call your boss and tell them you won’t make it in time for that important business meeting.

The UK carrier airline has warned it is dealing with a system outage after numerous customers took to social media to complain about long queues, unexpected delays, and issues using its app. It appears London‘s Gatwick airport is one of the affected locations.

“We are experiencing some systems problems this morning which are affecting check-in and flight departures,” company reps wrote on Twitter. “Please check ba.com and manage my booking for the latest flight information and allow extra time at the airport,” British Airways advised customers.

@British_Airways morning! I have a work colleague stranded in Paris, booked with BA to London, what help can we give her – global outage apparently?

@British_Airways Trying to check in online, but you have 'technical issues'. Trying to sit a family of 3 together on a flight to Florence! Can you help?!

The airline has instructed travellers to allow extra time at airports.

The root cause of the issue remains unclear, but British Airways has said the outage doesn’t affect its global systems. The problem purportedly resides in its online check-in and flight departure systems, according to BBC.

The UK has dealt with numerous flight-related issues in recent times.

Indeed, British Airways experienced a similar malfunction in its systems which caused troubles for 10,000 passengers at Heathrow Airport back in July 2018.

Last Christmas, all flights at Gatwick were briefly suspended after some moron flew a drone over the airport, practically ruining the holidays for a swath of travellers. The incident caused numerous unexpected re-routes and delays.

Read next: US couple must forfeit their cryptocurrency riches after being caught running dark web drug ring