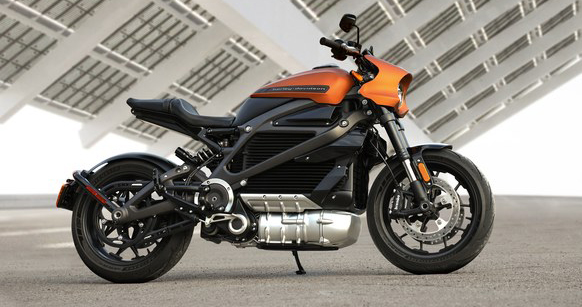 Harley-Davidson today announced that it has started taking pre-orders for its first all-electric motorcycle, the LiveWire.

For automakers, it’s a mad dash to the finish line in an attempt to compete with the likes of Tesla, BMW, Volkswagen and others. For Harley-Davidson, it’s about facing technological challenges — two wheels and a smaller chassis, for starters — while being able to convince its base that this is the same bad-ass machine they’re accustomed to, only better. Harley-Davidson, now more than 100 years old, is an iconic American company, after all, one known for its cultural ties to outlaws and the occasional dentist looking to stick it to the man on weekend rides in upstate New York.

It’s a work in progress, but the sales pitch essentially goes like this: it looks like a Harley, it sounds like a Harley, and most importantly, it is a Harley — just a much improved version of the gasoline powered one. This Harley, for example, can do zero to 60 in just 3.5 seconds, while delivering 100 percent of the motor’s torque, instantly.

Its lithium ion cells are cooled using a cast-aluminum fin mounted on a housing between the riders knees. The motor and battery both sit near the bottom of the frame, a move that keeps the center of gravity closer to the pavement for better handling and a more enjoyable riding experience. Another design perk is that the heavy bikes of yesteryear are now easier to balance when sitting at a stop light.

Harley’s LiveWire can cover 110 miles on a single charge, and each can be refilled at a roadside charger, or at home, using a standard CCS adapter — the same one electric cars use.

As for that decidedly noisy exhaust, the LiveWire balances the need to appease motorcycle enthusiasts with a newly-tuned rumble unique to the electric bike. It’s not silent, although it could be. The company’s press release describes the need to communicate speed to the rider, as “a tone that increases in pitch and volume with speed — a new sound that represents the smooth, electric power of the LiveWire motorcycle.”

LiveWire deliveries will begin this fall for anyone willing to shell out the $29,799.

Read next: Someone embedded an Android tablet in a mirror, because 2019