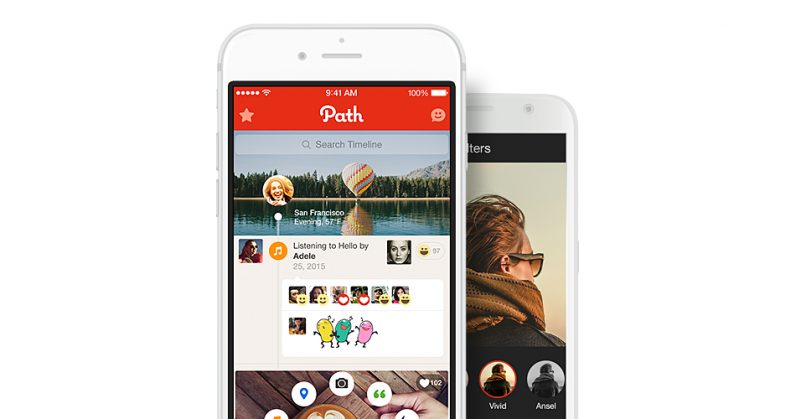 In the wake of the Facebook/Cambridge Analytica controversy, Dave Morin, the former CEO and co-founder of rival social network Path, tweeted that he’s considering rebuilding his site after being overwhelmed by requests to do so.

Within hours, Morin received replies from the likes of Mike DiCarlo, Path’s former director of engineering, angel investor Jason Calcanis, and Layer founder Ron Palmeri – all of whom showed interest in collaborating or investing in the venture.

Overwhelmed by requests to rebuild a better @Path. Considering doing it. If you are interested in working on such an idea, DM me. Let's see if a passionate team forms. If so, we'll do it.

Path launched in 2010 out of San Francisco with a slightly different take on networking: initially, it capped your friends list to 50 people, so you wouldn’t be at risk of sharing your thoughts and content with people you don’t know or don’t care about. When it just three months old, Path was wooed by Google with an acquisition offer to the tune of $100 million, but the company turned it down. It was subsequently picked up by South Korean internet firm Daum Kakao in 2015, (after which Morin was no longer involved with Path), and is still in use today.

But will Path 2.0 be the panacea for all the ills that currently plague Facebook? It’s worth recalling that Morin is a former Facebook employee, and was responsible for the co-creation of Facebook Connect, the developer platform that allows companies to build apps that run on the social network and gather data from users, and the one that enabled Cambridge Analytica to grab 50 million users’ profile information.

That said, Morin left Facebook years before Facebook Connect was exploited to harvest data in ways that have landed the company in hot soup. Following his time at Path, he founded Slow Ventures, a VC firm that’s keen on long-term thinking and companies that are built to stick around. It counts Slack, Evernote, NextDoor, ClassPass, Giphy, Robinhood, and Postmates among the 200-odd firms it’s poured money into.

As I wrote yesterday, with all the controversies that have caught up to Facebook in the past few years as a result of its insatiable desire to grow in reach and revenue, it looks like there’s room for a new social network that’s built on vastly different principles, and with a view to keep users’ data from being unjustly exploited.

It remains to be seen if the next version of Path will be able to fill that gap if it ever materializes, but it’s interesting to see that someone’s already thinking about building a new place for people to stay connected. Facebook used to be great for that, but it’s worn out its welcome, and it’s time for a fresh start.