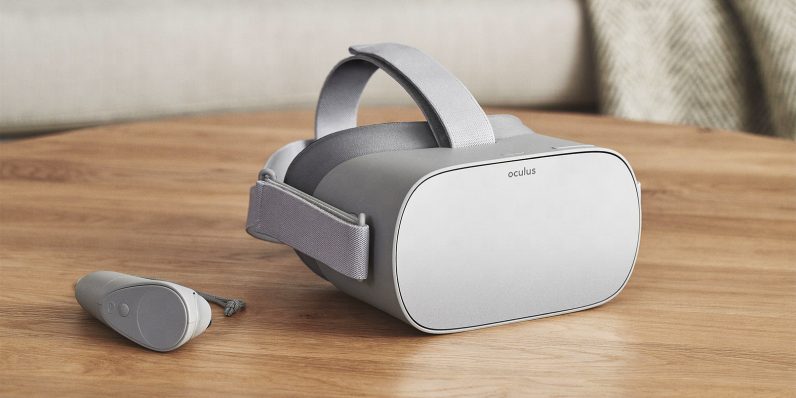 It’s easy to dismiss Oculus Go. Not unlike Gear VR or Daydream, Go offers the world yet another headset that’s stripped of everything that makes VR so promising. It’s not attention grabbing, certainly isn’t sexy, and it doesn’t offer anything others don’t, at least not experience-wise.

Anyone that’s tried a smartphone-based VR experience can tell you, it’s pretty damn cool… for about 10 minutes. But stripping the mid-level headset of its leash, a smartphone, is a huge step forward for Oculus, and the VR industry as a whole.

While enthusiasts dream about 4k resolution (in each eye), and processing power that leads to silky-smooth virtual experiences, the average person can’t make heads or tails of what VR is, what it does, or who it’s for.

For the average consumer, a better (and more expensive) headset isn’t going to move the needle. But to go mainstream you don’t target the fringes and work inward; you start in the middle and work out.

Apple, after the return of Steve Jobs, approached hardware the same way. Once seen as pro-level devices Macs started trickling into the mainstream by offering Windows users a more approachable PC. By offering a machine that “just worked” and didn’t require sweating the finer details (like specs, antivirus software, or a near-constant barrage of updates) Apple developed a winning strategy. It’s since become the most valuable company in the world, and currently sits on a mountain of cash.

By leaving the fringe, Apple shifted its focus to the collective attention of the masses, not enthusiasts. It’s a strategy that worked, and now allows Apple to begin picking up the pieces by making hardware that’s once again appealing to the pros it seemingly abandoned years earlier.

Virtual reality companies took a different approach. After starting with bargain basement VR viewers like Google Cardboard, companies like Oculus and HTC started building pro or enthusiast-level VR experiences. Some of these are quite impressive, but all are out of reach for the average Joe.

While gamers and enthusiasts are willing to shell out thousands for a high-end headset and a custom gaming rig, curiosity isn’t going to lead most consumers into the same purchase.

That leaves the middle, as it often does. And in the middle are viewers like Gear VR, Daydream and, now, Go. And while the headset is twice as much as others in this middle area, it adds value by untethering users from a smartphone, a move that’ll make VR more approachable by simplifying it.

Go requires nothing more than sliding on a headset to slip into a new world.

Smartphone-based viewers need constant tweaking and attention. After the initial optimization, you’re constantly altering and adjusting to get the right experience. And each of these tweaks often means removing the headset, making small adjustments, and then putting it back on and hoping it worked.

Simplifying VR makes it approachable. We want instant gratification, not minutes (or hours) of fiddling with a device to get it “just right.” Go is a giant leap toward realizing the potential middle ground in VR.

And once that happens, all bets are off.