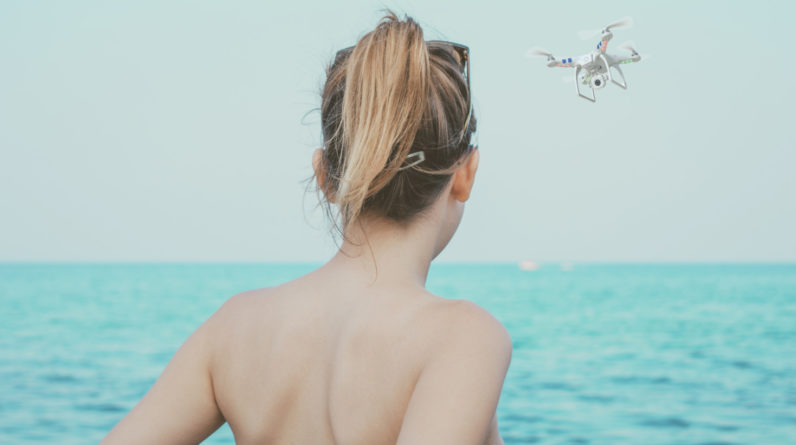 A group of pervy men took to the skies to film nude sunbathers on the Spanish island of Majorca.

According to seven young women who spotted them, the men were operating a drone from a luxury yacht anchored off the coast. The women, all from Majorca — an island known to have lax rules in regards to covering up — saw the drone hovering overhead with its recording light on, according to The Telegraph. They then spotted a group of men allegedly pointing and laughing at a tablet screen, presumably viewing the women in various states of undress along the shore.

Spanish authorities told The Telegraph that since this type of drone voyeurism is so new, they’ve passed on the decision to charge the men with a crime to the courts. Police are also investigating whether the drone was properly licensed. In Spain, all drone owners are required to register the aircraft with authorities.

This follows another story months earlier about an intrusive drone spying on a woman. It’s a sign of the times, and once that we’d all prefer didn’t exist.

Read next: 5 reasons to have a good credit score