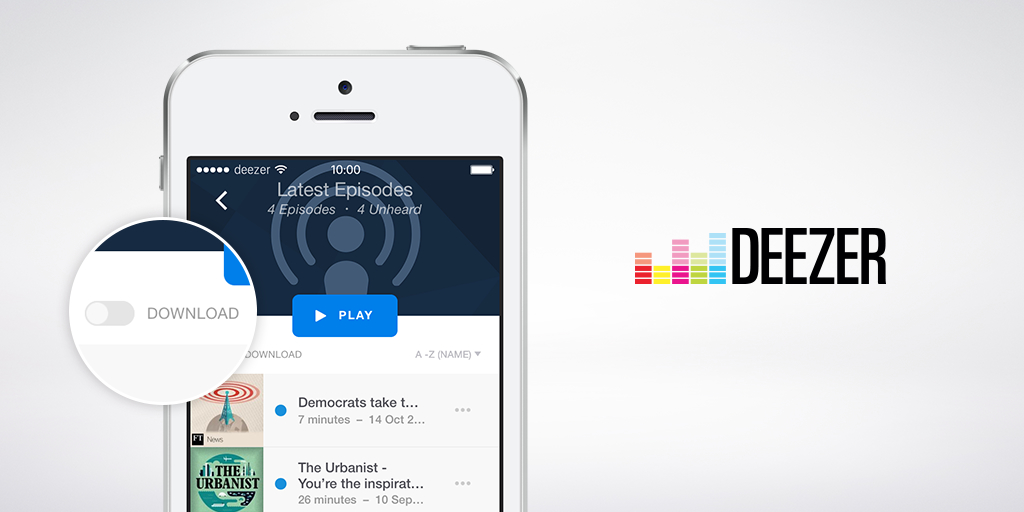 Deezer has announced that it’s adding 20,000 new podcasts and radio shows to its streaming audio service worldwide. That gives it an edge over Google Play Music, which announced yesterday that it would introduce podcasts in the ‘coming months.’

With that, Deezer’s library has now expanded to over 40,000 programs. It’s now added talkSPORT, Bayerischer Rundfunk, France 24 and Braincast from Western Europe and Latin America to its existing partner base that includes NPR, Financial Times, Panoply, WNYC, This American Life and CBS Radio News.

The company says it’s also added features to the News & Entertainment section of its app to round out its podcast listening experience. Users can now create and manage playlists of the latest episodes from their favorite shows and share podcasts they like with friends on the service or through social networks. If you’re a Premium+ subscriber, you’ll be able to download shows and listen to them offline.

It’ll be interesting to see if the new focus on talk programming helps Deezer strengthen its position before launching its IPO. The company was slated to go public on Monday so it could raise funds for new user-acquisition programs, but changed its mind after seeing Pandora shares fall 36 percent last week because Apple’s streaming service has quickly gained ground since its launch only a few months ago.

The new content and features are rolling out globally today across Deezer’s Web, iOS and Android apps. Users in Spain and Colombia will receive the update in the near future.

Read next: Now you can climb Malaysia’s highest mountain on Google Street View – and it looks gorgeous