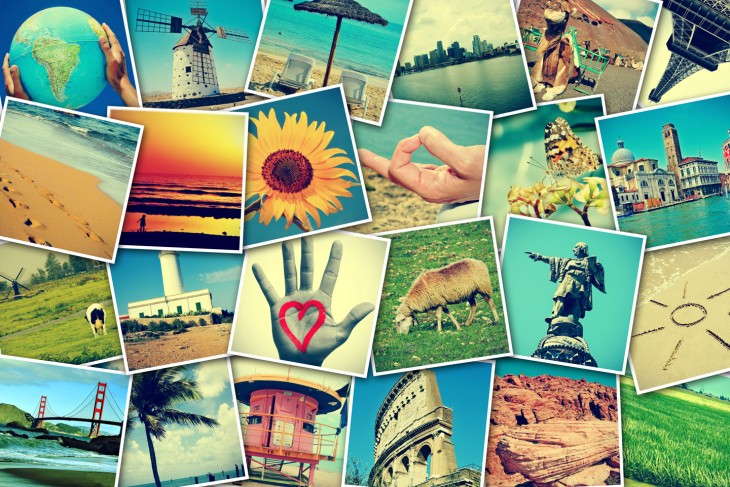 There’s an old adage that says a picture is worth a thousand words. In today’s society, everyone is a storyteller, but not just about their lives, but about the brands and products they encounter and use in their daily lives. This is spurred on by the evolution of word-of-mouth — no longer is an experience necessarily verbalized literally, but rather it’s shared through the use of visual media like photos and videos.

In a recent Pew Internet study, researchers found that in the US, 92 percent of Americans own a cellphone, with more than half possessing a smartphone device. And it could have gone without saying that Instagram, Snapchat, and other image applications have bolstered the capabilities of users to “capture and share visual moments.

One company is looking to capitalize on this behavior. But, instead of creating a photo-sharing application or being a means towards facilitating the display of media in the real world and offline, its philosophy is about creating a change in how digital media is perceived and how it is used to enable brands to leverage this content.

A new way at looking at things

The company we’re talking about is Chute, a media-sharing platform company working with brands like ESPN, golf equipment manufacturer Taylor Made, Capital One, Starbucks, Vanity Fair, Nike, Red Bull, NBC, and others.

Started by serial entrepreneurs Ranvir Gujral and Gregarious Narain, Chute has a goal to help brands create “powerful stories” with its technology. The company’s beginnings came about through two significant experiences in the co-founders’ lives — Gujral’s nephew was born and Narain got married. These episodes sparked a realization that there were all of these photos and videos, but no centralized place to house the content that was created — thus the incomplete story.

This realization led to the belief in a so-called ‘visual revolution’ where the emphasis isn’t on working with a specific set of tools to get the story told, but how these tools work around the story. Their technology aims to put brands back in touch with their customers.

Chute currently has six products to its name, including a media chooser, meme generator, a conversation display interface, an ad platform, and rights-management tool. And while some may brush these tools off as being commonplace and not innovative enough, the actual power rests under the hood.

The products appear to be scalable enough to allow customers and brands to make whatever adjustments that they want in order to tell the story that they want. So while there’s a core usage for each product, it’s not inflexible.

Narain puts it this way:

Every image tells a story, but we’re beginning to see trillions: trillions of images, trillions of stories, trillions of Instagram moments — but no narrative. What’s missing is the care and curation that makes stories great. This is every brand’s greatest opportunity.

However, while observing the team in action, one of the potential concerns with the company’s growth is its ability to execute on a “do-it-yourself” model. With its visual platform, Chute needs some easy way for its customers to take advantage of this “revolution” thereby putting the power back with the people. Otherwise, it risks having a restrictive model that could cause problems in the long-term.

While Chute seeks to dominate this space, it’s not without notable competitors. Other companies include Livefyre (bolstered by its acquisition of Storify), Mass Relevance, Echo and others — all with a bid to promote social media engagement between users and brands. As you might expect, each has its own platform with its own strength and weaknesses.

While many of its competitors have focused on the overall social media aggregation space, Chute appears focused just on the media side of things, although it has told us that it could dive deeper into aggregating Tweets. And while Livefyre and Echo have touted that they’re serving 1 billion monthly page views, Chute doesn’t seem to be that bothered by it — it’s still younger than all the rest.

Chute started off with its display wall, which aggregated content from Twitter and Instagram using a common hashtag or from specific users. Since then, it has started to move more in a direction that brands are beginning to explore themselves — instead of simply displaying the community photos, what if you could display them in online ads so that other customers will think it’s organic? And then how do you secure the rights to use said images in a legal and ethical way?

If you’re looking to services to better engage your customers, then there are certainly options like Mass Relevance and Livefyre. However, if you’re planning on building a strong narrative and experience, then Chute is one to take a much closer look at. There’s no doubt that the social media aggregation, curation, and display space is crowded, but the choice you’ll have to make in the end is how effective a story you’ll want to tell.

But amid all of this competition, Chute believes that its cause is a noble one. At its inaugural customer conference in New York City this week, the company made its case for why we’re in this “visual revolution”: even as consumers are prone to taking photos and videos, brands need to find ways to effectively leverage it in a way that generates a holistic experience, both across in real-time and useful in helping businesses market themselves.

Perhaps this movement is best explained by David Berkowitz, the Chief Marketing Officer at MRY, a creative digital and technoloy agency that has done work for Coca-Cola, Microsoft’s Bing search engine, Sony, Puma, and Visa. In his self-penned manifesto, he wrote (albeit a bit humorously) that we’re in the third age of the visual revolution:

It was interesting to see that the company didn’t tout its wares, but rather pressed its case for this visual revolution. Brands and customers took the stage to explain how photos and videos have become an empowering form of better connecting with customers, both from a community relations standpoint and even to help market their products.

Chute has raised nearly $10 million in venture capital from investors like Salesforce, Y Combinator, Freestyle Capital, US Venture Partners, Foundry Group, and others.

Read next: Path for Android now lets you share moments to WordPress blogs