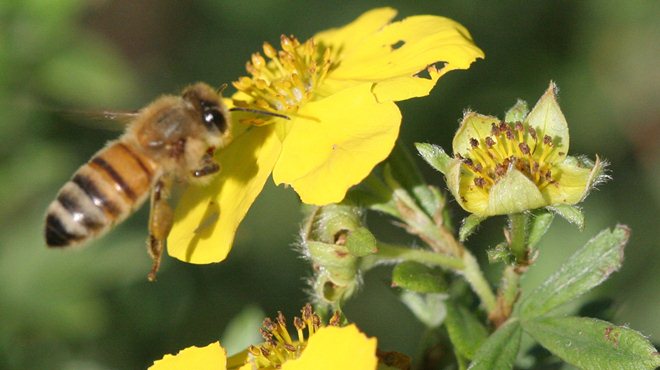 Mobile messaging and calling service Nimbuzz announced it has passed of 100 million registered users across its multiple platforms — which include PC, iOS, Android and some 3,000 other mobile devices — thanks to strong growth in emerging markets.

The mobile app space itself is gathering pace rapidly, and the service’s recent growth’s has been triggered by two key trends, the increased sales of app-centric smartphones and greater use of mobile Internet.

Nimbuzz is focused on developing regions with India and the Middle East its two biggest markets. It does count 6.5 million US-based users and a “sizeable audience” in Europe, but these are predominantly Indian and Middle Eastern diaspora, CEO Vikas Saxena tells me.

Earlier this year, Nimbuzz — which was founded in Amsterdam in 2005 — demonstrated its commitment and belief in Asia when it relocated its headquarters to Gurgaon, India. The office in The Netherlands remains active, but the company is building a strong product team in India as it seeks to better serve the 30 million plus users that Saxena estimates are in the country.

For those who are not familiar with Nimbuzz, it is a comparative veteran in the mobile messaging space, having first sparred with companies like fring, Truphone and others that services that grew around Nokia’s Symbian devices.

While newer services like Line, KakaoTalk, WhatsApp, Viber and others have taken the momentum in today’s Android-iOS dominated space, Nimbuzz has quietly continued to grow – thanks in no small part to Android.

“The Nimbuzz growth story very much mimics Android, with fast uptake in Asia and other nascent markets…we’re certainly benefiting from its success.”

Users of the service can enjoy free messages, voice and video calls with others on the service, while a ‘call-out’ option allows reduced rate calling to a rate of international destination, a feature that no doubt attracts the diaspora in the US and Europe.

Anticipating the move to mobile

It’s early mover status is a key part to its successes and Saxena believes that, as mobile becomes the dominant platform for Internet access worldwide, Nimbuzz’s position will only strengthen.

“The PC experience is moving to mobile, and we’re one of the first to be here,” he says, “now every company is fighting to develop their mobile presence.”

India is arguably the finest example of the importance of mobile, since phone-based Web usage is close to overtaking Internet usage from PCs and fixed-line connections. Nimbuzz is certainly in the right place there.

The company approach to money making is three pronged. As with many others in the space, advertising is a key part, and generally it is tolerated by users when acceptably rolled – the services are free, WhatsApp aside, for good reason.

In the case of Nimbuzz, the company adopts soft-advertising, such as splash ads or spots while services load. Interestingly, Saxena is witnessing a change in the type of companies running ads on the mobile service, with FCG and auto industry firms particularly keen to explore the medium, he says.

The Nimbuzz CEO puts this down to two reasons: the growth of mobile as a platform (and Nimbuzz’s own increasing user base) and the ability to offer very targeted campaigns. Advertisers can, for example, zone in audiences based on a number of factors, including geography (thanks to GPS) and device types. Together, the combination is a powerful one.

The company’s second revenue tranche is content. In the same way that Line recently opened its API to apps, so Nimbuzz has a developer program which offers its API to third parties.

The program has synergies with advertising and, to date, more than 50 chat bots have been created to give users all manner of third-party services, including sports news, Twitter functionality and more. While straight-up advertising remains popular, the opportunity to position a brand via a bot, or create a paid-for service offers a distinctly different appeal.

Finally, Nimbuzz unveiled Nimbucks — its own virtual currency — which allows users to buy items and apps from inside the service. Currently it is only inwards facing, so usable within Nimbuzz’s ecosystem only, but Saxena admits that the scheme could be expanded to include outgoing e-commerce.

If Facebook can consider e-commerce, then services like Nimbuzz, which are native to mobile and therefore always present, should certainly have similar thoughts. However, the Nimbuzz chief admits that it is early days and the systems needs time to scale and grow before other payment strategies are considered.

Nimbuzz isn’t the only service exploring virtual currencies, as KakaoTalk began a similar rollout in its native Korean market only, last month.

I recently looked at the growth of mobile messaging apps and their potential to rival Web giants like Facebook for user attention on mobile. With Line and KakaoTalk both topping 50 million downloads, Nimbuzz now past 100 million, and countless other service seeing strong growth, the space is showing real buoyancy.

Given the fact that Facebook bought up mobile-only photo app Instagram — based largely, we presume, on impressive growth figures — and is said to be eyeing Opera and its now 200 million monthly users, a mobile messaging app would fit with the focus on owning the smartphone experience.

When pressed on a possible acquisition exit, Saxena was understandably non-committal on exit strategies.

“We aim to keep the pedal down on user growth and developing the service. We want to continue to develop, and if something comes up in the future then we’ll see what happens,” he explains.

Naturally, he sees significant growth potential on the horizon as smartphone adoption continues to rise to give ‘in the pocket’ Web access, and allow users to enjoy video calling and free texting from apps like Nimbuzz.

“India has the potential to grow into a 350 million mobile Internet user market,” he says.

Equally, Saxena is keen to grow its user base in the US and Europe beyond the diaspora and into mainstream audiences. Nimbuzz does have the advantage of being PC-based, as well as strong on mobile, which is likely to augment its appeal in Western markets.

There is plenty of competition in the space now and Saxena believes that company that “get stuck” and fail to grow beyond certain points are likely to fall away, as the market matures and develops over the coming few years.

Read next: Momentum lost: Despite pressure, cybersecurity legislation has stalled in the Senate