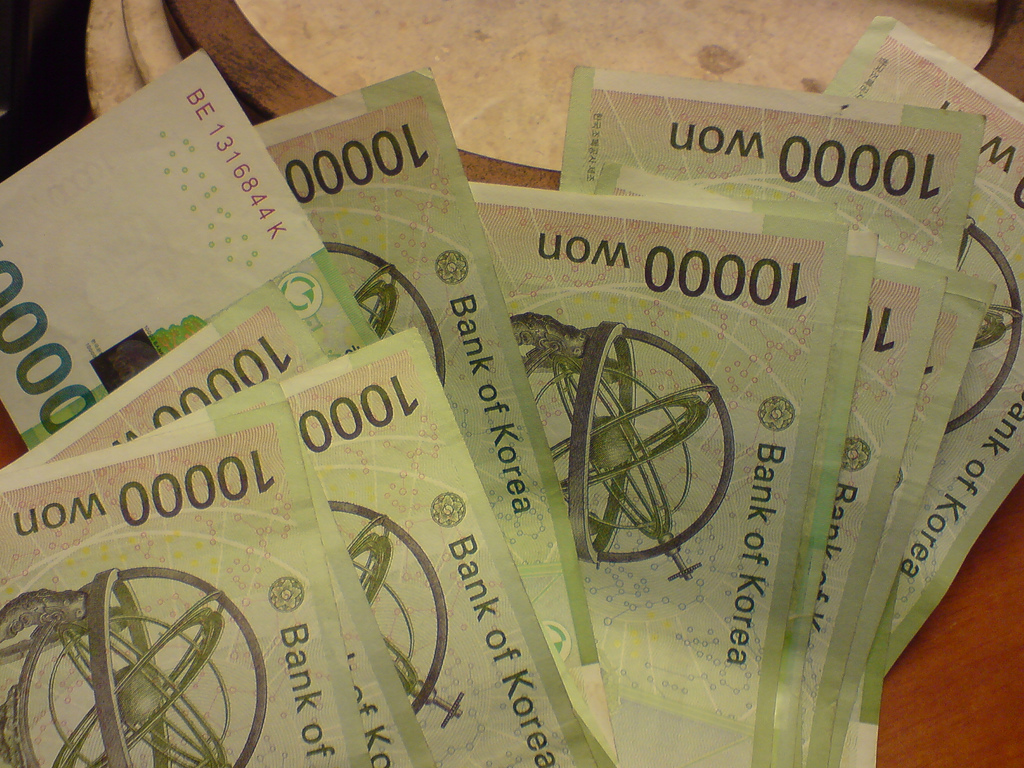 Korean messaging Kakao Talk has launched its own virtual currency called ‘Chocos’, taking a lead from the country’s top social network Cyworld, and its ‘acorns’ profit model. The new service is live today, following an announcement earlier this week.

‘Chocos’ are Kakao Talk’s cyber money which users can buy to pay for premium services on the mobile messaging app. These services can already be bought using other payment options, but the idea of the virtual currency is to reduce the inconvenience of having to pay separately each time – effectively allowing users to bulk up on credit.

As of now, ‘chocos’ can only be used to pay for the company’s own emoticons in Kakao Talk, as external gifts and icons are not yet supported by the new cyber money. However, that is likely to change and we expect that more items will become available going forward, particularly when the service introduces its game center in July.

With the introduction of ‘chocos’, the revenue model of Kakao Talk will go through a turning point. Cyworld-owner SK Communications makes annual revenues of $86.5 million (100 billion Korean won) from the social network’s acorns system and, even with a financial slump, last year’s revenues of $82.5 million (95 billion won) demonstrate the size of the opportunity in this space.

Cyworld is under pressure from Facebook, which is continuing to grow its global empire and increasing its user base in countries where it has been traditionally weaker, like South Korea, but Kakao Talk may also threaten it too.

Presently, Cyworld has 26 million users but, with a growing member base of 46 million users, Kakao Talk is likely to overtake the social network on revenue earned from their respective virtual currency systems.

So far in its short life, Kakao Talk has recorded only losses, as it has focused on developing its product and growing its user base. With backing investors that include Chinese Web giant Tencent, and a number of upcoming initiatives like ‘chocos’, the service will be hoping to begin making some serious revenue going forward.

More than 9 million of Kakao Talk’s user base is based overseas, and, globally, the service sees an impressive 21 million daily log-ins and processes 1.3 billion messages per day.

The company will be concerned that operators in Korea appear to be throttling its service, causing the quality of its free calling service to be compromised. Its recently launch free calling service has proven controversial, particularly in Korea, and the apparent operator meddling could develop into a serious issue for the service.