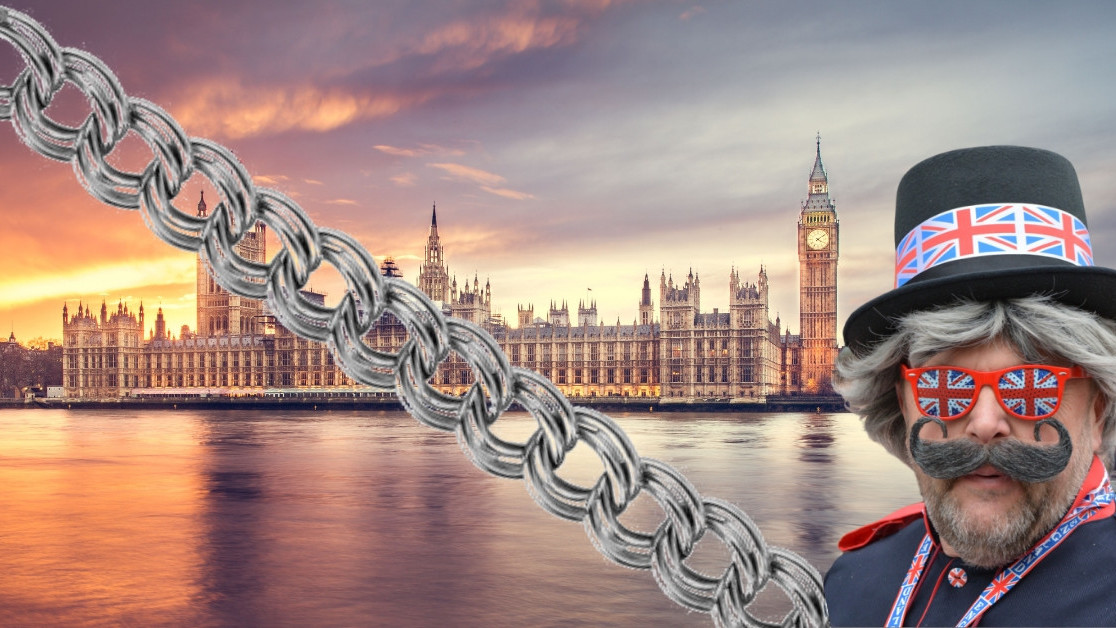 When Brits headed to the polls in June 2016 and narrowly voted to Brexit, the United Kingdom was thrown into a dark puddle of water – one so murky that it’s proved difficult for lawmakers, politicians, government, and civilians to navigate ever since.

If, and when, it happens, Brexit will change the course of UK and European history for generations to come.

With so much at stake, it’s incredibly frustrating that technologists are taking the opportunity to tout blockchain as a solution to a problem that’s so far proved difficult, painful, and expensive.

Although this may help bring blockchain into the mainstream conscience, it’s unlikely to make the UK’s divorce from the European Union (EU) any easier.

Many articles have looked at how blockchain could be leveraged to deliver a desirable Brexit – if there is such a thing – and while I appreciate the creative thinking, I don’t think any of this overtly realistic.

Earlier today, a CoinDesk article written by Pindar Wong added to the debate, posing the question of whether it was time for a ‘Blockchain Brexit.

“Britain’s exit from the European Union is not so much a technical crisis between a ‘hard fork’ and a ‘soft fork’ but a legitimacy crisis. Yet the solution to its core dilemma — politically deciding between a ‘Hard Brexit’ and a ‘Soft Brexit’ — may actually lay in harnessing blockchain technology’s great potential as an economic governance system for the digital age,” says the article.

There are many things blockchain could be good for, but Brexit is not one of them. As much as blockchain and Brexit have complexity in common, conflating the two will only serve to add to the confusion and complicate matters further.

Blockchain is heavily technical, and while I’m sure that, despite the hype, it may eventually bring about change, at the moment it’s still nascent.

Brexit, on the other hand, is an incredibly difficult outcome to deliver and requires an immediate solution, something which, blockchain is currently unequipped to provide.

Blockchain for the Irish border?

Like others before him, Wong looks into the possibility of leveraging blockchain technology to help with the Irish Border issue post-Brexit.

“Where blockchain can help is that its ‘cryptographic certainty’ avoids the need for bordered thinking in the borderless world created by the Internet [sic], a world where laws are difficult to enforce and collaboration difficult to incentivize,” it continues. “Could thinking harder about what we mean by a ‘border’ be the key to unlocking the current political deadlock?”

Theoretically and conceptually Wong poses an interesting question, but issues soon arise when this argument is applied to a real-world border, which in itself is the result of a tumultuous history.

“No one — not in EU-exiting Britain nor in EU-remaining Ireland — wants to return to the troubled times of physical checkpoints that might place lives at risk,” Wong rightly points out.

He then goes on to note that Brexit, as its name indicates, is a departure from the EU rules and “self-determining the free flow of goods and services across international borders.”

The solution, he says, would be for policymakers to re-think the very idea of a border.

I could write an essay about why I think this proposal overcomplicates matters and fails insofar as solving the problem. But allow me to regurgitate my colleague Matthew Hughes’ – who debunked blockchain’s potential for this very purpose in an article published last October – well-thought argument.

“It’s not. Blockchain won’t help the problem of the Irish border. It jus won’t – and more accurately, can’t,” Hughes argues.

Hughes also explains that, although conflict has died down and there’s seemingly little appetite for violence, the establishment of a hard border could aggravate old resentments. A technology-based approach, he adds, would eradicate the need for the border to be staffed by customs and immigration officials, but it would also require an extensive overhaul in terms of infrastructure.

“The thing is, the Irish border isn’t a trivial issue,” Hughes says. “It was the trophy at the center of a violent sectarian conflict where thousands died. Although The Troubles are over, the embers of the conflict still burn.”

“In Northern Ireland, there’s a long-standing belief that Westminster doesn’t care about them. This sentiment is especially prominent in the neglected border regions. By suggesting an unproven technology instead of actual sensible policy, Hammond’s comments will only strengthen that feeling,” he adds.

Hughes is right. Northern Ireland doesn’t need blockchain – an unproved technology – to step in and save the day. It, like Brexit, needs sensible, and realistic policy.

On the other hand, the UK government isn’t exactly known for its of tech expertise, let alone its understanding of blockchain – a technology most would agree is harder to understand than most.

Do we really want the future of Brexit to hinge on the UK’s government execution of a blockchain-based solution? I think not.

For me, a Spaniard born and raised in London, Brexit is a travesty.

I don’t foresee any good coming out of it, but whether I like it or not, it’s set to happen.

My only hope is that we are realistic about the task at hand and we don’t do the UK, Europe, or blockchain a disservice.

Now is not the time to throw about buzzwords, nor is it time for senseless blockchain opportunism, designed to show the UK government is down with emerging technologies.

Politicians need to focus their energy on what can be achieved in the short-term, if we are to hope for a smooth Brexit transition.

And as for blockchain, well, the same concerns apply. Lets not drag the technology into the Brexit debate because let’s face it, blockchain needs to sort itself out before it has an actual chance at tackling any other problems in the real world.