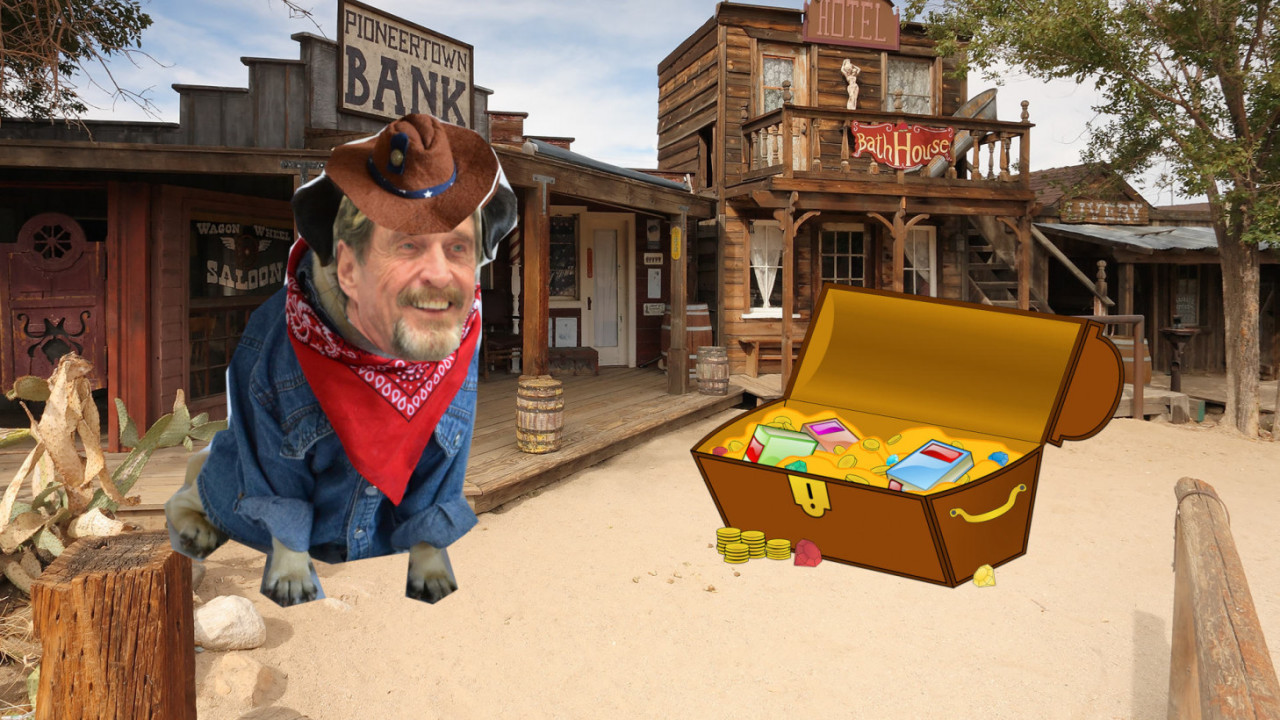 John McAfee is back to putting his money where his mouth is – and goddamn – is it a lot of money.

He says that he’ll give $100,000 to anyone who can break into the ‘Bitfi’ wallet, the supposedly ‘unhackable’ cryptocurrency storage device he has been parroting about on social media of late.

For all you naysayers who claim that “nothing is unhackable” & who don’t believe that my Bitfi wallet is truly the world’s first unhackable device, a $100,000 bounty goes to anyone who can hack it. Money talks, bullshit walks. Details on https://t.co/ATFaxwUzQC

The wallet also apparently doubles as the world’s first unhackable device – so this is definitely bigly if true. Bitfi or McAfee don’t really have much to offer in terms of evidence right now, so what better way to get it than a completely out-of-the-blue $100k cash prize?

The Bitfi marketing team has been quick enough to whip up some official rules for the bounty. It definitely didn’t find out about this through Twitter like the rest of us.

We strongly believe in the value of a bounty in an effort to resolve any possible concerns about the security of the Bitfi wallet. This bounty program is not intended to help Bitfi to identify security vulnerabilities since we already claim that our security is absolute and that the wallet cannot be hacked or penetrated by outside attacks. Rather this program is intended to demonstrate to anyone who claims or believes that nothing is unhackable or that they can hack into the Bitfi wallet, that such attempts are futile and that the advertised claims about the Bitfi wallet are accurate.

I think it’s worth pointing out before we go any further – not finding anyone to hack the Bitfi wallet is not the same as proving that their device is actually unhackable.

Here’s the kicker: you need to buy a Bitfi wallet to participate and pay an additional $50 to have some cryptocurrencies loaded onto the device for you to try and steal. This is just to, uh, make sure that you are really serious about hacking it.

The rules for claiming the bounty are simple:

It has also requested that any hacking attempts be made public, so that the process can aid others in their quest to get their hands on McAfee’s money.

Bitfi is very explicit: this is not a bug bounty (yeah, right).  So keep in mind, if you manage to hack into the device, it’s not a bug, it’s a hidden surprise that makes you rich, kind of like the golden ticket to Willie Wonka’s Chocolate Factory – but with money.

McAfee’s $100,000 Bitfi bug bounty is the latest in very lucrative opportunities for would-be hackers to get themselves some juicy white-hat loot.

In June, one individual raked in over $120,000 in just one week by collecting bounties for vulnerabilities in the EOS network. One month later, it was handing out even more cash alongside TRON, Monero and Augur in separate bounties.

Regardless of whether this wallet is really unhackable – the whole thing might be really counterproductive.  Whether any device can be completely and utterly secure is ultimately up for debate and may even be unprovable.

But for those that say that cryptocurrency isn’t really the Wild West it used to be, McAfee sure is shooting freely from the hip.