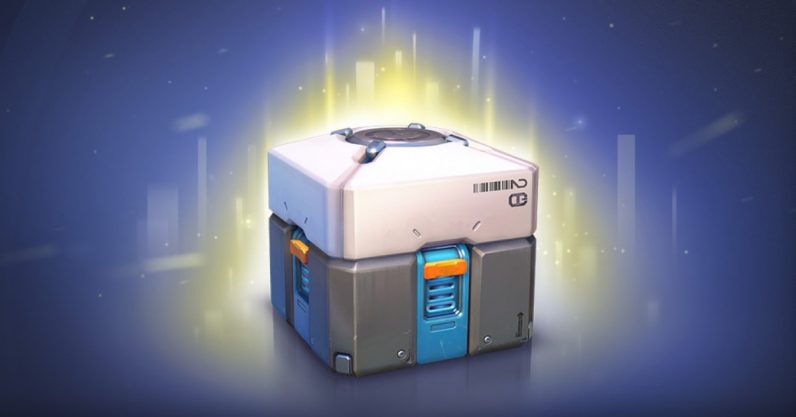 American government officials have finally taken their shot at video game lootboxes. Specifically, Senator Josh Hawley of Missouri announced his intention to introduce the “The Protecting Children from Abusive Games Act” to the US Senate.

This is the culmination of slow-burning anti-lootbox sentiment that’s bubbled up from the gaming community over the course of the last year-and-a-half. Ever since games like Battlefront II and Middle Earth: Shadow of War took lootboxes and in-game purchases from just “occasionally-overpriced bling” to “pay-to-win garbage,” those who regulate fair trade have begun to sit up and take notice.

Since then, the issue has been studied in numerous countries, from the perspective of whether lootboxes constituted gambling, or were a means of giving players an unfair advantage. The US federal government became involved last November when the Federal Trade Commission agreed to investigate the practice at the request of New Hampshire Senator Maggie Hassan.

Hawley’s bill is slightly different because it specifically targets children as the party to be protected from this predatory practice. A press release on his website reads:

Social media and video games prey on user addiction, siphoning our kids’ attention from the real world and extracting profits from fostering compulsive habits. No matter this business model’s advantages to the tech industry, one thing is clear: there is no excuse for exploiting children through such practices. When a game is designed for kids, game developers shouldn’t be allowed to monetize addiction. And when kids play games designed for adults, they should be walled off from compulsive microtransactions. Game developers who knowingly exploit children should face legal consequences.

It also cites as an example Candy Crush‘s $149.99 “Luscious Bundle,” which comes with lots of in-game perks. I can see Hawley’s point here; it’s hard to argue that Candy Crush doesn’t look like a children’s game, or that its pricey prize packs aren’t designed to be tempting.

It feels a bit odd to single out children as the only victims, considering the myriad of other problems caused by lootboxes. This doesn’t address the topic of whether they constitute an unfair trade practice in general, or the number of scammers in such games, or that they’re frequently used by money launderers, etc etc. Perhaps this issue is simpler and easier to argue if it’s framed as a “won’t someone think of the children” problem.

The argument that this is to protect children feels like it comes with some flaws. For example, as an example of what kind of game would fall under this bill, Hawley lists, “Games with wider audiences whose developers knowingly allow minor players to engage in microtransactions.” There seems to be some wiggle room there with regards to the word “knowingly” — surely some game developers would be able to maintain plausible deniability. For example, lots of in-game purchases can be done with a credit card, and at least one person on a credit account must be 18 or older. When it comes to credit card-based purchases, I would think game developers would be able to argue they had reason to believe someone of age was holding the metaphorical reins.

When Hassan argued last year that lootboxes were a gateway to gambling and were thus dangerous to children, her so-called evidence was a misreading of a UK Gambling Commission report. The authors of the report later said there is no connection between lootboxes and childhood gambling.

I feel like Hawley’s efforts would be better spent going after Facebook, the company that not only knew minors were spending money on in-game purchases but did nothing to prevent it. Believe me, I’m not opposed to junking lootboxes and predatory microtransactions, but I want it to be based in demonstrable proof of harm.