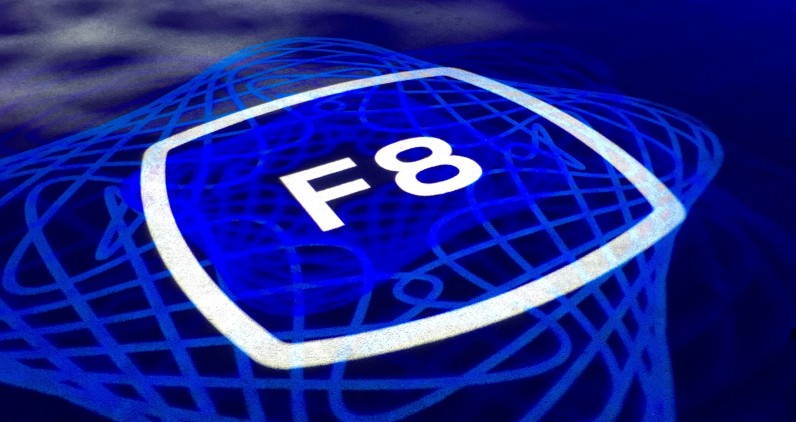 Two days of Facebook’s F8 Conference have come and gone, so here’s a look back at all the things you may have missed from the event.

To learn more about each topic, click the links below for full stories.

Mark Zuckerberg kicks off the event… with a Trump takedown

It’s not unusual for tech CEOs to make political commentary – with this year’s F8 opener, Mark Zuckerberg kicks off the keynote with a dig at Donald Trump’s “wall building” comments. He believes now more than ever, we need to connect people together to help build a future – but hopefully a future that lives on Facebook, of course.

But before this all takes place, it’s important for Facebook to connect the world to the Web, and it’s doing so with a variety of projects such as drones and antennas. It plans to test in developing countries and smaller cities before implementing them on larger scales should they prove successful.

The roadmap seemed more like a preview of this F8 than the future, but it’s interesting to think about what exactly Facebook might be building 10 years from now that aren’t those three things.

➤ Zuckerberg slams Trump in F8 opener: ‘Instead of building walls we can help build bridges’
➤ Facebook’s 10-year roadmap is basically lasers, bots and VR
➤ Facebook says VR headsets will look like Ray-Bans in 10 year
➤ Here’s how Facebook plans to connect the world

Moving over to some developer updates, Facebook announced a handful of new tools to make navigating the Web more intuitive. Such tools include an Account Kit so you can log into any service with just your phone number or email, a quote sharing tool, and a Save to Facebook button for any website to implement.

There are also updates to Analytics for Apps which aims to help developers gain more understanding of their users’ demographics, such as their age range and what time they tend to make in-app purchases. They can also target notifications to these users for higher engagement rates.

In React news, Facebook said its framework will now be available on Windows and Samsung devices, allowing developers to create apps for smart TV, wearables, and gaming consoles.

Facebook knows it needs partnerships to continue growing, and swiftly announced a new selfie kit that includes six beta partners to help users spice up their profile videos. It’s also got a new live video API so more people can choose its platform over, say, Periscope, to better brand and extend reach.

➤ Facebook’s Account Kit feature will let you log into other apps with a phone number or email
➤ Facebook is making its ‘Save’ button available to the entire Web
➤ Facebook’s new Quote sharing feature lets you share text snippets with style
➤ Facebook’s new selfie kit wants to jazz up your profile videos
➤ Facebook’s big React Native news: Windows, Tizen and an SDK for iOS and Android
➤ Facebook is taking on Periscope with new live video hub and API

And while those developer tools were useful updates, it was clear the star of the show this year was Facebook Messenger. The company unveiled Messenger Platform which lets anyone create bots for the app, and launched a few for users to try on the spot.

If you need help creating a bot, there’s also a Bot Engine based on Facebook M, an artificial intelligence program Facebook unveiled last year. Facebook foresees this future being more about how people can interact with businesses more intuitively, and use bots to make their lives easier – be it to order pizza, arrange a car pickup, send flowers, or go shopping.

For example, you can interact with the CNN bot on Facebook Messenger and tell it topics you are interested in. In return, the bot can provide you with a news story you might have missed, or provide a digest of things worth your time.

It makes you wonder what Facebook will look like in that 10-year roadmap if everything you can do on the app will soon be available directly on Messenger.

➤ Facebook officially launches its Messenger Platform developer chatbot API
➤ Facebook is opening up its ‘M’ AI platform as a bot engine for developers
➤ With all the hype on Messenger, what is Facebook good for anymore?

While hardware was never Facebook’s forte, it did unveil a $30,000 camera design that can shoot 8K videos in 360-degrees. Facebook is open-sourcing the concept based on existing hardware, and while it’s not clear who the company designed this for, the price seems a lot less expensive on other cameras on the market with similar capabilities.

It also showed off a cute demonstration of what it foresees VR doing, such as a tour of global destinations and the ability to take VR selfies via Oculus. It’s not super practical, but it does seem rather fun to do if you’re trying to impress someone with your Oculus Kit — assuming you receive them in time.

➤ Facebook’s ‘Surround 360’ is a $30k camera that shoots 360 video in 8k resolution
➤ Facebook created a VR selfie stick because why ever leave home, right?

For more detailed looks at our F8 2016 coverage, visit our event page here.