While Microsoft and Facebook try to talk us all into using bots to chat with businesses, there’s one universal truth: they kinda suck.

Dovetailing on Build’s bot boon for developers, Facebook introduced its own bot platform for Messenger today. Like Microsoft’s effort, Facebook allows bots to be built specifically for one platform: Messenger.

It’s tagline for Messenger bots is that developers can target users where they already are, which is often true. At its F8 conference, Facebook hammered home that it has over 900 million users on Messenger. With that incredible reach, it’s hoping bots can provide a kind of polish to the platform by looping in businesses and services in addition to your day-to-day chats.

But, bots suck. While at F8, I was encouraged to use the bot dedicated to the conference. Here are a few screengrabs of my chat: 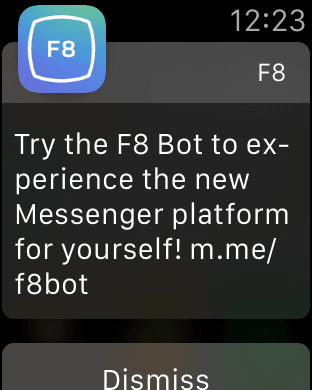 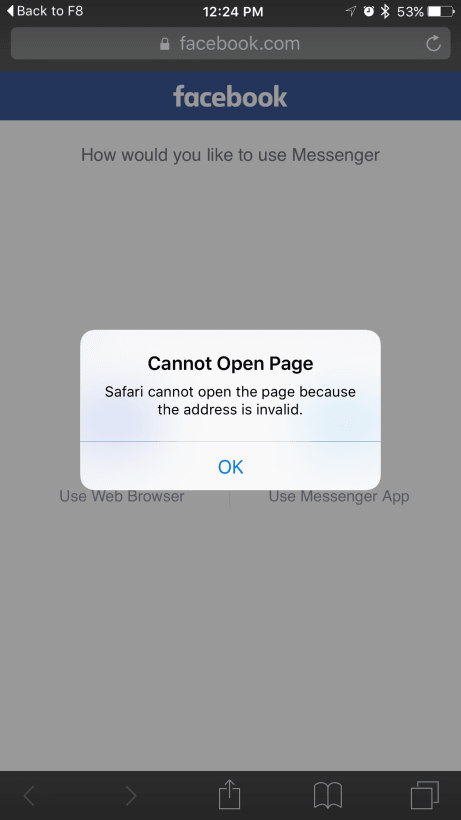 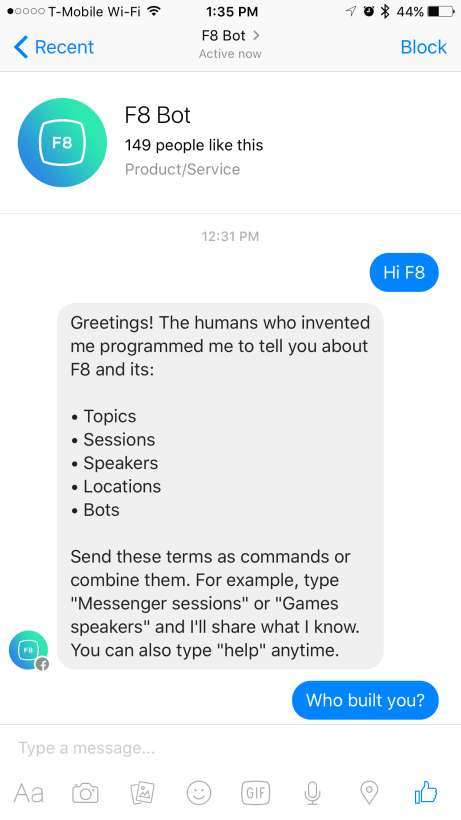 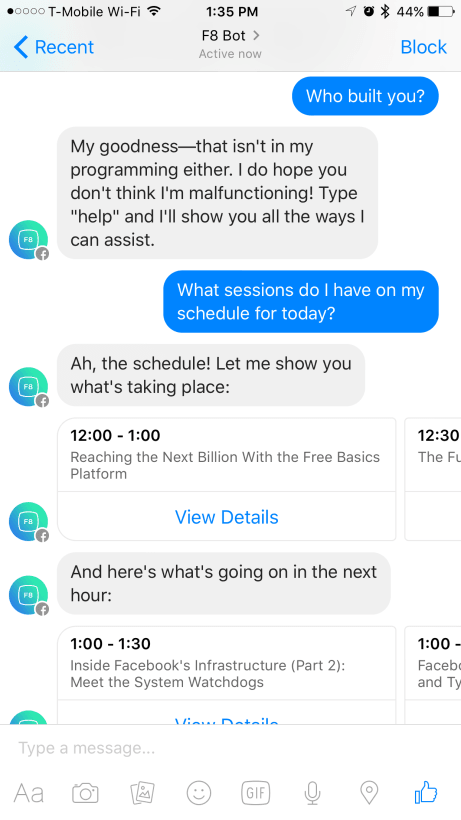 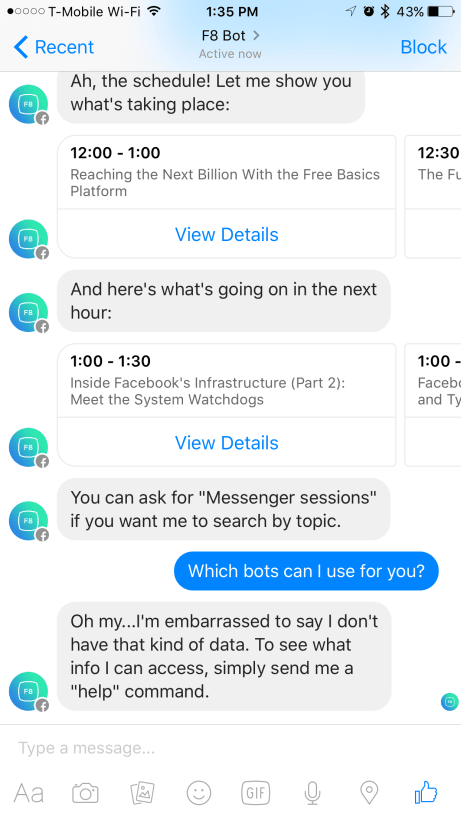 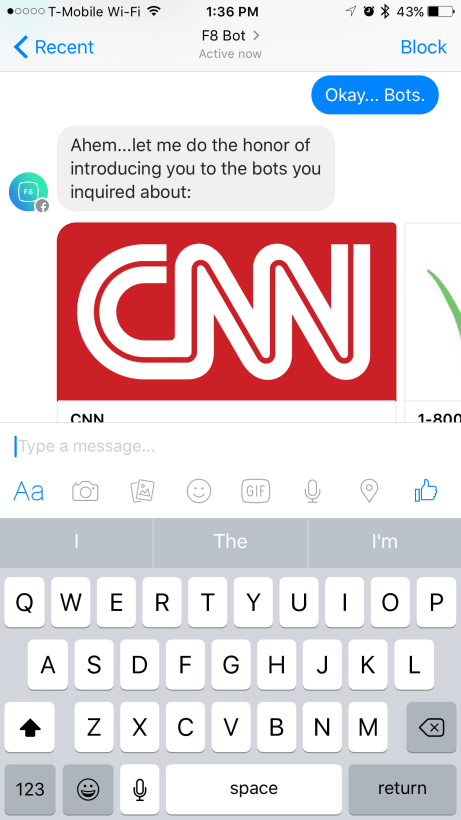 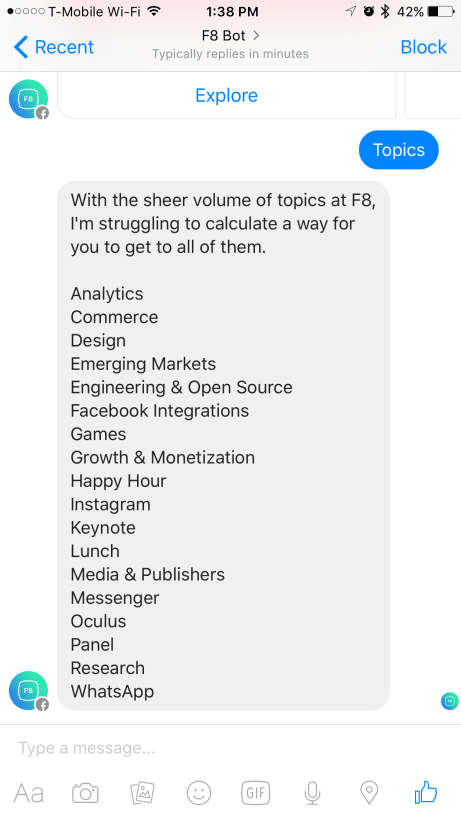 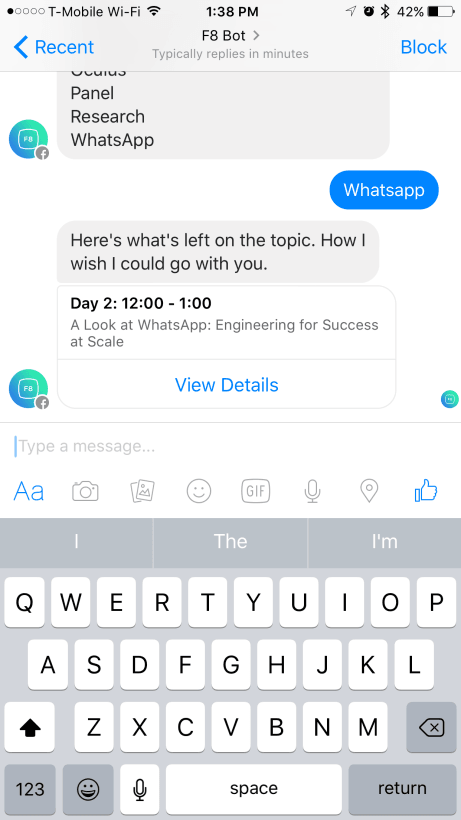 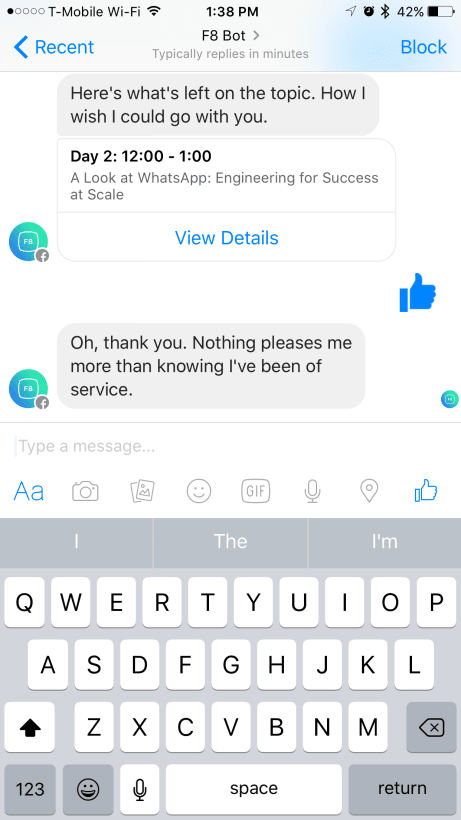 As you can see, it’s not terribly intuitive. Even when I ask which bots I can use for Messenger, it doesn’t quite know what to do. Just saying ‘bots’ did the trick, but I’m not the only one, though. Several others are noting that chatting with bots is downright annoying, confusing or — well, shitty. 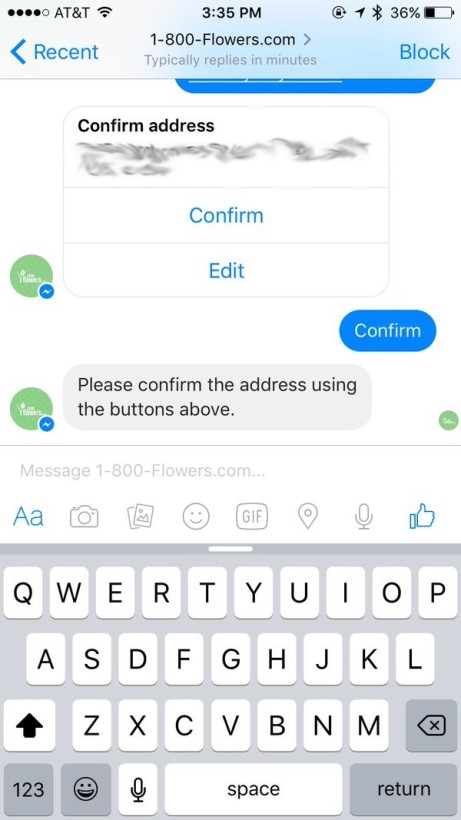 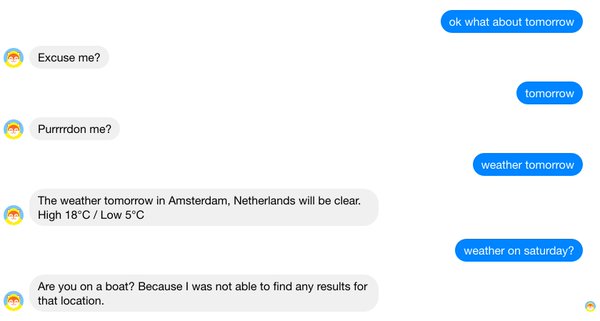 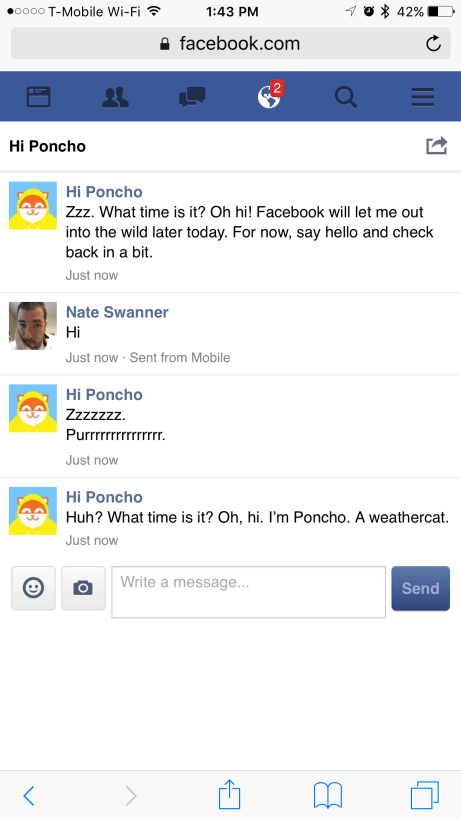 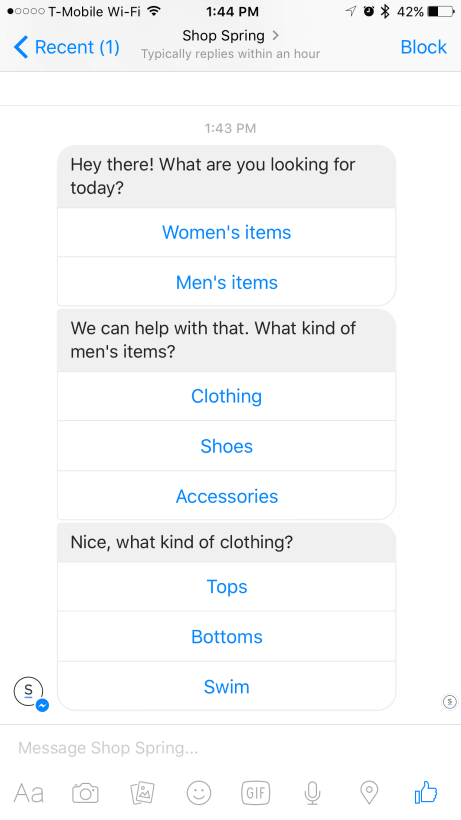 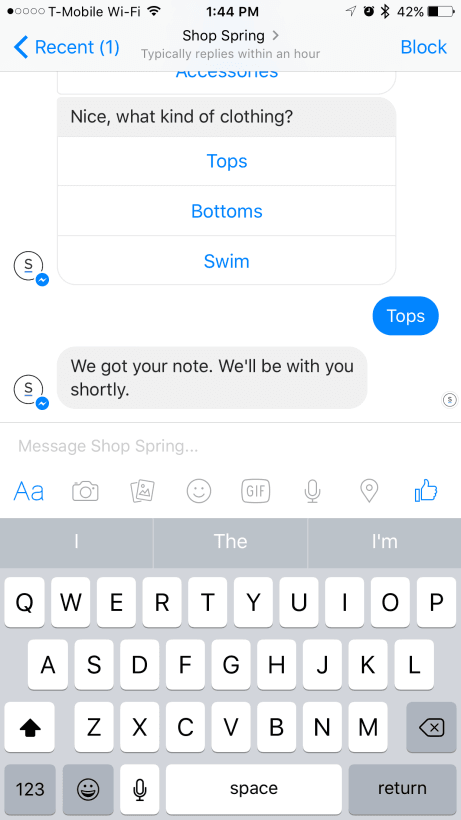 If you start a chat on a desktop Webpage, it doesn’t transition completely to mobile or Messenger, which means you can find the chat in multiple spots.

We won’t go too hard on Messenger bots, at least not yet. The platform is only a few hours old, and we’d guess even partners haven’t had very long to build interactions for it.

Still, it shows that bots may sound dreamy, but they’re a bit of a nightmare at this point. The future looks bright, sure, but bots today are not very bright at all.

So far, CNN, Poncho, 1-800-Flowers, Spring and Sequel are tapping into Messenger bots. To access them, just visit the associated Facebook page for each brand and click ‘Message,’ and you’re on your way. If you want to see the ongoing list of bots being added to Messenger, check out the Bots App Store.