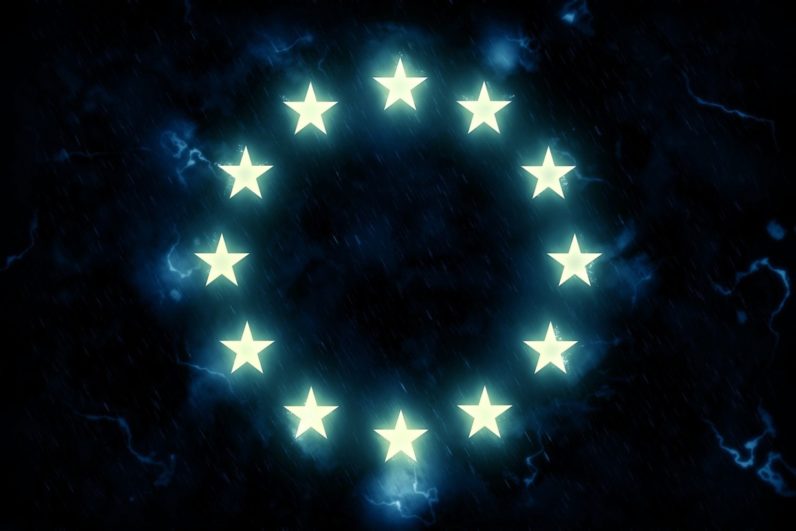 The Copyright Reform that’s being discussed by the EU now, could crush certain type of startups when they reach the ripe age of three.

“We know from entrepreneurs we spoke to that they would move their business outside of Europe if this law becomes a reality,” Lenard Koschwitz, Director of European Affairs at Allied for Startups, told TNW.

The EU’s upcoming Copyright Reform is hotly debated, but most agree that the law needs to be updated and adapted to the digital age. The reformed law is supposed to ensure the right of copyright holders, ease cross-border access to online content, and improve copyright rules on research, education and cultural heritage.

However, as we covered before, strict measures on text and data mining had an unintentional negative effect on European tech startups. In principle, any company that uses text or data they don’t own, wouldn’t be allowed to do so without explicit permission. This is practically impossible for most big data startups, which rely on scraping or mining data online.

In order to make up for this negative consequence, two European Parliamentary committees recently proposed adding an exemption to the article on text and data mining. The exemption states that any startup can freely mine text and data until three years after it was founded.

If this law passes, startups would either need to change their business model after their first three years, or build their products with the data they gathered during that period. Startups dealing with text and data mining — i.e. startups working on AI, news aggregators, social media tools, ecommerce, etc. — would have a de facto expiration date, which is hardly optimal for a new business.

Koschwitz believes this would destroy the chances of European startups of getting funding. “Investors scan ahead for upcoming EU laws, and if investors look at this — and know it might possibly come up in the next three years — they’ll probably stop investing today.”

He also added that the limits to text and data mining wouldn’t apply to companies that are located outside the EU, but sell services within the union. This would make it even harder for European startups to compete, both abroad and within their home market.

Will it actually become law?

The fact that two committees managed to form majorities around this quick fix is a strong indicator of how the EU Parliament’s stance will be on the Copyright Reform — which will be decided October 10 by the Legal Affairs Committee.

According to Koschwitz it doesn’t seem likely that this exemption will be challenged in the Legal Affairs Committee: “I would’ve hoped it would have more legal and evidence driven reasoning. Defining a company by its age is completely new. I’ve never seen a definition of company like this in EU law before.”

The previous rapporteur of the committee was aware of the possible shortcomings of the new reform and wrote what some would call ‘a sensible report‘ on the issue. However, the new rapporteur has distanced himself from his predecessor report, which doesn’t exactly incite optimism.

Koschwitz doesn’t beat around the bush: “Frankly, all of this sounds like a political game to me. It sounds like they’re putting lipstick on a pig and saying this is will work and that it’s not going to hurt startups.”

Koschwitz recently wrote an article where he tried to make it clear why exactly these exemptions wouldn’t be beneficial to anyone, and sent it to all members of the EU Parliament (MEP). Despite knowing the facts and the view of the European startup community, the MEPs went ahead and backed the exemption.

“Our organization is the only lobbyist for startups here in Brussels and we haven’t been approached by anyone in the Parliament. So I will make a bold assumption that the Parliament did not talk to any startups about this — and that the real reason behind this exemption is to make it look like they’re doing something for small companies. But in reality they don’t care.”

A good example of that is the totally arbitrary period the exemption covers. At first, EU committees suggested a five year grace period, but somehow they changed that to three years — without anyone on the outside really knowing why. To put this in perspective, some would argue that it takes at least seven to 10 years to build a successful startup — and that’s without a major disruption in the business model after the first three.

For Koschwitz there’s a frustrating disconnect in how the EU is handling digital issue:. “The EU Parliament and Commission are calling for a digital single market and more European startups and they make grand promises about the European data economy. But they need to realize that there’s a direct correlation between something like text and data mining — and liability for startups — and the success of the data economy.”

Koschwitz says that the Parliament needs to get a “sober understanding” of what usage of big data, AI, and machine learning actually means. The Copyright Reforms, and especially the article on text and data mining, is meant to make sure that companies cannot profit illegally from the intellectual property of others.

When startups mine for data online they’re tapping into content that individuals and companies have put on the internet to be discovered. So in Koschwitz’s opinion, it’s obvious that they’re dealing with material that’s legally and freely available. If rights holders really wouldn’t want their content being accessed by crawlers, they could employ a robot.txt or other protocols to prevent it.

“The European Parliament should take a rational approach where they ask themselves, ‘does a certain text and data mining cause any harm to the author or the rights holder?’ And if the answer is no, then they should allow it.”

“The absolute worst case scenario is that this will fortify the position of non-EU companies that conduct text and data mining outside the EU, but sell services within the union. It could lead to European innovation in data analytics and AI to die out.”

Read next: LG’s reliable Tone Free earphones are my favorite wireless buds yet