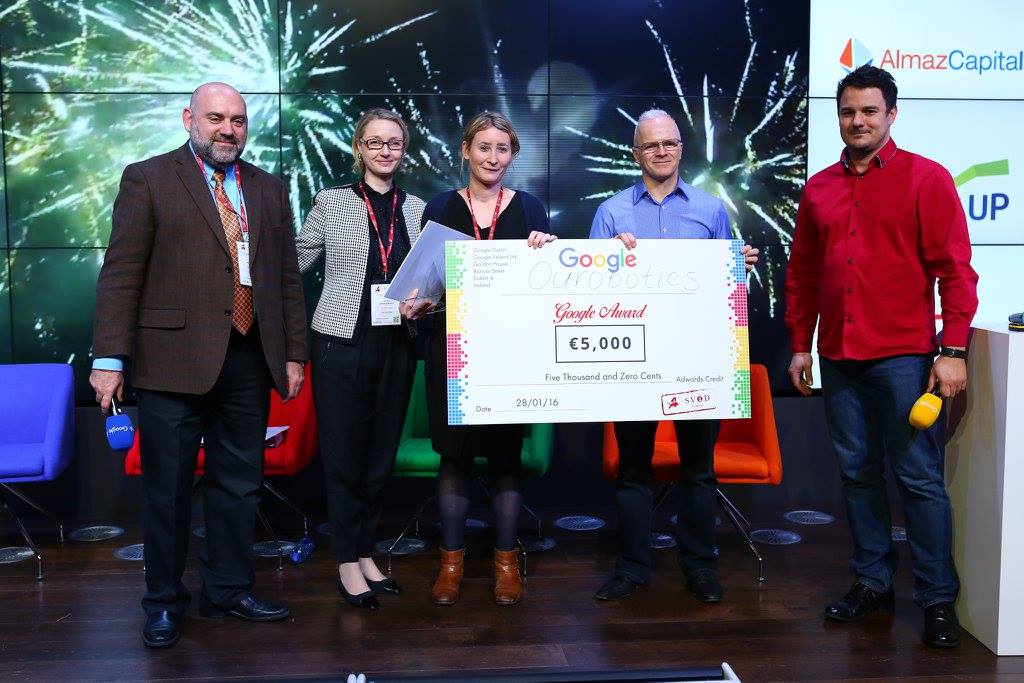 In the discussions regarding European startup landscape, people usually mention cities like London and Berlin as the main hubs powering the ecosystem of the region. As a result, we know quite a bit about these cities but potentially miss out on up-and-coming ones, which could be no less exciting and worth our attention.

Let’s take a look at Dublin and the Republic of Ireland as a whole, which is rightfully perceived by many entrepreneurs as a link between Europe and Silicon Valley. In late January, the capital of the Green Island hosted SVOD Europe, a conference of just under 500 attendees with an aim of building a virtual bridge for entrepreneurs over the Atlantic.

What’s very interesting to watch in Ireland is how both the government and tech companies care about the ecosystem and go great lengths to make the country a better place for entrepreneurs. The conference was supported by the government’s “startup agency” Enterprise Ireland, while Google Ireland contributed to the event with the venue in the heart of its HQ.

In addition to running a number of programs and competitions for local startups, Enterprise Ireland is putting a lot of effort into attracting entrepreneurs from other European regions to the country. Since we took a look at the opportunities for foreign founders in Ireland two years ago, the agency hasn’t slowed its pace.

“Attracting startups is always a difficult business,” said John O’Dea, Department manager High Potential Startups at Enterprise Ireland. “It’s not about startups just opening an office in Ireland – those are handled by our sister organisation, IDA Ireland, – but it’s where the founders decide to relocate.”

In its work with growing businesses from Ireland and beyond, the agency focuses on what it calls “High Potential Startups” (HPSU). To qualify as one, the startup needs to meet several requirements:

In September 2015, EI ran a competition for “high potential startups” targeted exclusively at teams from outside Ireland for the first time. The offering was the same as with local contests: €50,000 ($55,800) in exchange for 10 percent equity, together with all kinds of help and support in relocation and growing business in Ireland.

The Competitive Start Fund competition attracted 95 applications from teams across the world, 15 of which ended up receiving funding from Enterprise Ireland.

This year, EI plans to invest in at least 20 overseas startups through two similar contests that are planned to be held somewhere in April and October.

When asked about the success stories that have grown from overseas teams relocated to Ireland, O’Dea named the sentiment analysis startup Aylien, fulfillment platform EiraTech, and retail analytics service Countbox.

“We’re always very cautious about investing,” O’Dea said. “But every significant Irish exit has money from Enterprise Ireland in it. In 2015, we invested about €35 million in startups, but certainly the amount we’ve got back after exits is a multiple of that.”

From Silicon Valley, Ireland’s effort to help startups looks quite good as well.

“I always had mixed feelings about the governmental involvement [in startups]. In the US, they don’t do it very well,” said Deborah Magid, Director, Software Strategy at IBM Venture Capital Group, who also participated in panel discussions at SVOD Europe. “In Ireland, they do it better than most. Enterprise Ireland has been at it for a long time, they have people who really are professional. They think of themselves as venture capitalists, they try to behave in that way.”

As for non-governmental facilitators, Google is among the main ones in Ireland. For SVOD Europe, it provided the venue, which was actually a part of its headquarters in the so-called Silicon Docks district, as well as helped with inviting some of the keynote speakers and panelists.

Google also runs a number of programs for Irish entrepreneurs both on its own and in collaboration with Enterprise Ireland and other ecosystem players. Back in August, it partnered with local startup community hub Dogpatch Labs to expand the Google Tech Hub network to Dublin. For Dogpatch Labs members that means getting free access to more than 20 other co-working spaces over the world.

In addition to providing the venue and speakers, Google Ireland offered a special prize for the startup competition winner at SVOD Europe. The €5,000 AdWords voucher never left the country though: at the end of the second day of the conference, it went to Ourobotics, an Irish startup based in Cork.

Founded and headed by Jemma Redmond, the winning startup Ourobotics is a bioprinting company that has recently introduced an open source 3D printer called Renegade that can work with biomaterials. It can be assembled for under $900, which is a fraction of what you’d normally pay for a similar device.

The startup also has created a more sophisticated, non open source device dubbed Revolution that costs $13,000, which is still way cheaper than other bioprinters available on the market. Currently bioprinters can be used for education purposes, as well as for printing things like human skin, which could be used for drug and toxicity tests.

The second prize at the competition went to Recast, an Israeli startup working on a technology that would allow anyone to replace an actor in a popular movie. The mobile app that’s yet to be released will provide the user with a set of instructions on how to film themselves in order to fit in a movie like Pulp Fiction or Titanic.

The third startup to top the competition was Ukraine-founded Wishround, a “friendsourcing” platform for all kinds of presents. The service, which already works in Ukraine and Poland, allows you to choose a present you’d like to receive for birthday or another occasion and start a campaign for your friends to chip in. The startup works with a number of retailers and make money by taking commission on items sold through it.

All three winners will be given an opportunity to pitch on the “main” SVOD conference, which will take place in May in Mountain View.

From East to West

As a conference co-organised by a number of people hailing from Eastern European countries, SVOD Europe is a good fit for Dublin and Ireland, which is particularly interested in attracting entrepreneurs from the region.

“A key attraction for applicants from outside the EU is that the Competitive Start Fund winners will be eligible for an Entrepreneur Visa permitting them and their spouse and children to reside and work in Ireland,” said Enterprise Ireland’s O’Dea.

From that point of view, the country is almost perfect for Eastern European entrepreneurs looking to found a company in the EU.

“Dublin has a few advantages over other European cities, and it successfully uses them,” said Denis Dovgopoliy, SVOD Europe’s executive director and the founder of Ukrainian business accelerator GrowthUP. “Hiring is inexpensive, but there’s a lot of IT companies, around which the ecosystem is forming. It’s also important that Ireland uses the European currency, but there’s no problem with people not speaking English like in many other EU countries.

“If Ireland only were part of the Schengen agreement, it would’ve been the perfect place to launch a startup that focuses on the European and American markets. Even a taxi driver who drove us from the airport tried to sell us Dublin as a place to move to!”

Stay up-to-date with the Dublin startup scene on Index.co.

Read next: The VIDIUS Drone streams live video while in flight: $74 at TNW Deals