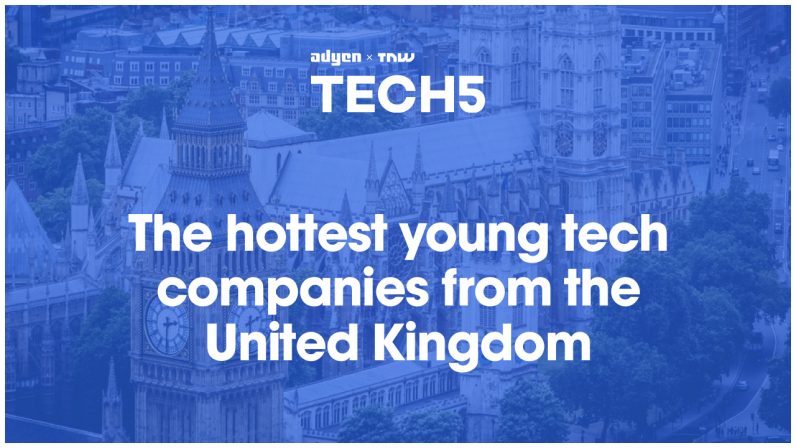 In recent months when you heard about the UK there’s a 99 percent chance it was about Brexit (and a 1 percent chance it was about Theresa May’s painfully awkward dance moves). However, the shaky negotiations and a very uncertain future (both economically and politically) have not stopped the UK’s startups from growing. In fact, despite the instability, the country saw an influx of £1.4billion from VC investments in the third quarter of 2018 (up  £9 million from the year before).

Although 85 percent of startup founders voted against Brexit, nearly three in four have decided not to make a run for it. Instead, in these confusing times, 62 percent of entrepreneurs predict their agility and ability to adapt will give them a clear advantage over larger competitors. London’s calling and startups are set to play a more influential role than ever in shaping Britain’s future.

Today we highlight the UK. We did our research, consulted with our advisory consortium of 100 investors, influencers, entrepreneurs, and experts across Europe and selected the five hottest young British scale-ups.

Find out who Britain’s hottest young scale-ups are:

Revolut, one of the first “challenger” banks, has been a hit since the beginning. In just three years they’ve managed to raise a total of $336.4 million including one of the largest investment rounds in European tech history – $250 million in series C. Shaking up the traditional banking industry, the company focuses on making banking as simple, user-friendly and transparent as possible. They’ve now moved from simple prepaid style cards to having real current accounts and allowed their users to have an IBAN. Revolut has Increased its customer growth from 1.2 million to 3.8 million in 12 months alone and is now opening 10,000 new accounts daily.

Revolut is now officially recognized by the EU as a bank (they acquired their European banking license last December) and is soon planning to expand their services across the pond. With its international travel and transfer specific features, the app is set to help keep Brits mobile and connected.

If you ever feel bad for putting all the lights on at night or never turning off your Christmas tree, Bulb is here to make you feel a bit better about it. This startup is making energy simpler, cheaper and greener. Bulb’s members are now preventing more than 1 million tonnes of CO2 from entering the atmosphere every year! It’s also the fastest-growing private company in the UK. Cornwall Insight, the independent energy industry experts, noted that their growth in members in the latter half of 2018 was the largest seen by any supplier since 2006.

This year Bulb has also introduced products that will help a wider range of people save money and cut their emissions, such as Prepay meters which bring Bulb to those with top-up energy meters and a ‘Feed-in Tariff’. Licensees will now be able to purchase renewable generation from domestic solar panels installed at their members’ homes.

Trouva is the leading online marketplace for the best independent bricks-and-mortar shops. By bridging online and offline for the greatest independent boutiques, Trouva enables its customers to access a wide selection of one-of-a-kind products they won’t find elsewhere, hand-picked by the best curators across the UK and Europe. Following a $10 million Series A, 2018 was a year of significant international expansion for Trouva, which launched boutiques on the platform from four new European markets. Today, shoppers can uniquely browse and buy from the best of Berlin, Copenhagen, Amsterdam, Madrid and London (amongst others), all in one place. Trouva’s expansion has continued to drive growth for its network of local independents, enabling them to thrive and compete with the e-commerce giants and chain retailers. In 2018, Trouva doubled its community to over 600 boutiques and quadrupled its number of shops which have earned over £100,000 in sales directly through Trouva.com.

More than half of the UK’s workforce is disengaged. This muddle of absenteeism, employee turnover, and retraining is costing the British economy £340 billion a year. Now you can say goodbye to those hours of staring at the clock and waiting for lunchtime. Perkbox is a platform designed to enrich the employee experience both inside and outside of work. It does this by focusing on three main pillars: physical, financial and emotional needs through perks and benefits, reward and recognition, feedback and communication, healthcare and insurance as well as learning and development.

Sending money abroad? If you told me this two years ago I would have rolled my eyes and said “Never! It’s such a hassle”, but now I can simply say “Money? You mean the two cents in my account?”, because international money transfers are no longer a headache. Transfergo makes the process easy and almost enjoyable (almost, because no one likes seeing money leave their account, but if it has to be done, at least it can be done humanely). And by humanely we mean, quick, easy, without hidden costs and using the actual exchange rate!

Transfergo has been on fire ever since its founding and it’s nowhere near stopping. Since then they’ve introduced new products such as TransferGo FREE, which offers entirely free transactions, and a remittance corridor to India using Ripple xCurrent blockchain technology for near real-time transactions. Just last month they raised $17.5M in Series B Funding. Now how is that for growth?