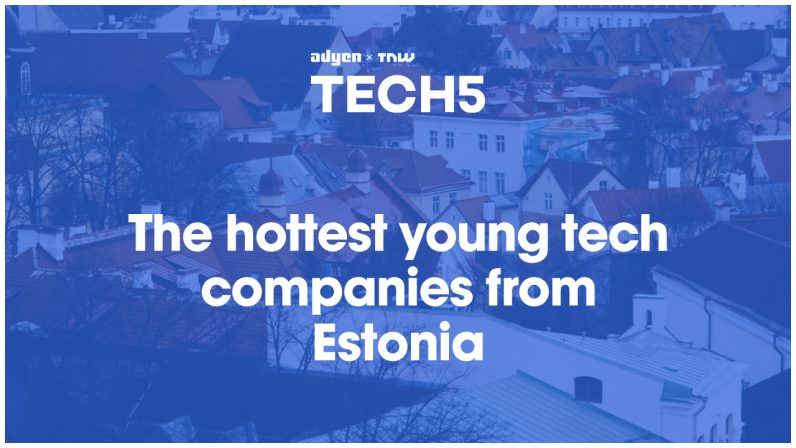 I bet you didn’t know that Estonia has the third highest amount of startups per capita than any other country in the world. And the country isn’t just dominating in terms of quantity, in 2017 it also brought in more venture capital funding per capita than major tech hubs like Germany, France and Spain.

What makes the “Made in Estonia” brand of tech startup so lucrative?

For starters, since the 90s, Estonia has put all its resources into becoming a completely digital society. It’s the first country in the world to give its citizens blockchain backed mobile IDs that allow them to vote online, declare taxes and complete any other admin from home. Entrepreneurs can also easily register new businesses online in a matter of minutes.

These changes aren’t just about creating a better user experience, they also represents a shift towards a tech-focused mentality. In 2000 Estonia was the first country in the world to declare access to the internet a basic human right.

Its with this environment and the fastest broadband in the world, that we’ve seen the rise of some of the biggest names in tech such as Skype and Transferwise. Now we’re seeing the birth of several new Estonian unicorns. For VCs and tech enthusiasts alike, Estonia is like a giant game of Pokemon Go. If you’ve gotta catch em all, Estonia is the best place to look.

Today we highlight Estonia. We did our research, consulted with our advisory consortium of 100 investors, influencers, entrepreneurs and experts across Europe and selected the five hottest young Estonian scale-ups.

Find out who Estonia’s hottest young scale-ups are:

Taxify is Europe’s largest ridesharing platform. Operating in over 25 countries with over 15 million passengers and 500,000 drivers, Taxify has been working hard to take over the European and African markets from giants like Uber and Lyft. However, ride sharing isn’t all they do. The company recently launched a fleet of e-scooters in Paris under their subbrand Bolt. After raising another $175 million in funding last year, the company officially reached unicorn status. Needless to say, Taxify is set to dominate the etransport industry on this side of the Atlantic.

In the digital age, it’s easier than ever for companies to register new customers and clients online. At the same time, this also makes scams and identity theft easier. Veriff has developed software that is easily integrated into your onboarding process to prevent identity theft. Veriff uses document and data validation, video analysis, face comparison, device fingerprinting and registry checks to provide companies with real-time results. Last summer they closed their first Series A round at just above $7 million.

With fast gains come growing pains. No, we’re not referring to our physique, but to the struggle that many fast-growing startups experience in their early stages. Often they grow rapidly but lack the structure that’s needed for larger operations. Scoro, with their all-in-one business management platform, provides the ideal solution for both startups and established companies alike. Their platform doesn’t only include project management solutions, but also facilitates financial management, CRM, quoting, and reporting. The company received €4.4 million in funding last year.

Estonian startup Yanu has developed a fully autonomous A.I. and robot empowered bartending unit. Yes, you read that correctly. Yanu serves drinks, handles payments, identifies and can even communicate with clients. According to its founders “Yanu has a personality, a soul even.” Not to mention the fact that it can make 100-150 drinks an hour, or one drink every 24 to 36 seconds, and accepts cryptocurrency as payment. We’re already excited to meet him (or her?) somewhere in the near future. Perhaps at TNW Conference 2019?

Finding the right people to grow your startup or company in 2019 is no easy task. Sometimes the job pool can feel cluttered and Jobbatical is changing that for the tech and creative job industries. With their clean looking platform, candidates go through a screening process before being introduced to potential companies allowing teams of scouts to curate pre-accessed candidates for the position your company is offering. Since 2014 they’ve helped over 285.000 people find jobs and have serviced tech companies in 34 countries. To date, they’ve raised almost $8 million in funding.