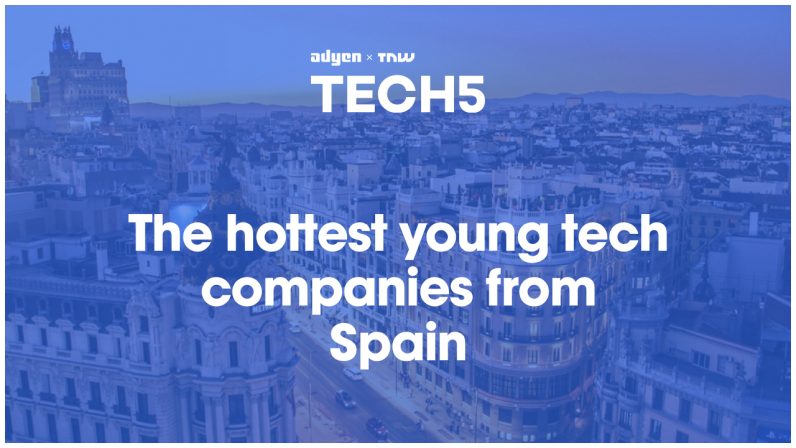 In the past decade, Spain suffered a significant economic setback with a crippling recession, the bankruptcy of a number of major companies and the highest unemployment rate in the EU (27% at its height). But this didn’t get the Spanish population down, instead, it fueled the birth of one of Europe’s most innovative entrepreneurial climates.

Thankfully, Spain’s economy has now returned to its pre-crisis state and this can be partially attributed to the growth of its vibrant tech scene. In 2018 alone Spanish startups received a record-breaking €1.3 billion in investments. With Berlin becoming too expensive and London too fintech focused (and too rainy), hotspots like Barcelona and Madrid are charging in and ready to take over.

Today we highlight Spain. We did our research, consulted with our advisory consortium of 100 investors, influencers, entrepreneurs and experts across Europe and selected the five hottest young Spanish scale-ups.

Find out who Spain’s hottest young scale-ups are:

There are a ton of websites where you can find internships, graduate schemes or even executive positions. However, the blue-collar labor sector is often overlooked on these platforms, becoming a bottleneck in the usually fast-hiring market. This is where Cornerjob comes in. It’s a simple application where candidates can register in less than a minute, apply for a job in less than one click and, once the employer has selected them, they can interact through the platform. The application has been a hit, raising over €50 million in less than four years. It now boasts 11 million app downloads and more than 300.000 companies using the platform as their main source for hiring. Cornerjob also gets rid of all hassle for companies, from job post to payslip and fully handles on-demand temp staffing needs.

Glovo is a delivery app similar to Deliveroo and UberEATS, except, instead of just food, they can deliver anything that fits in their delivery box. You can order anything within your city; from breakfast, lunch or dinner to medicine from the pharmacy, groceries, or even a package from the post office. The company has seen immense growth in the last three years. Last year alone it launched in one new city every four days bringing it now to a total of 91 cities across 21 countries in EMEA and Latin America. Since its founding in 2015, Glovo App has raised over €148.8 million and is looking to use this new funding to hire 300 new tech engineers from top companies like Uber and Amazon.

If you take a lot of business trips, or manage them at your company, TravelPerk might just become your new favorite tool. They’re revolutionizing the way organizations budget, book and manage business travel. And what’s even better: they do so for both admins and travelers alike. Users can book flights, trains or hotels directly through their platform, utilizing the world’s largest inventory (with integrations to Booking.com, Expedia, Skyscanner, etc). Meanwhile, travelers can also log in to TravelPerk to view all of their bookings, upcoming itineraries, and reports. Business travelers should be focused on nailing that overseas presentation or making new international partnerships, not about worrying how they’ll get there. TravelPerk offers a simple and powerful tool to help frequent travelers do just that.

With our world becoming more accessible than ever, more people are taking the opportunity to move to a new city, country or even continent. Spotahome is a classic proptech (property technology) company that allows landlords and homeowners to easily list their properties on its user-friendly interface. Rather than facing the stress of landing in a foreign city and spending weeks looking for a home, international renters can take virtual tours of properties, sign contracts and pay their landlords before even leaving their home country. Spotahome now has over 60,000 properties listed across 33 European cities, making it easy to find your next home away from home. In the last two years, they’ve secured €54 million in funding and grew to almost €100 million in GMV.

The founders of Worldcoo saw the growth and potential of e-commerce as a sales channel and decided to use this trend to help the world fund its social and cooperation projects. They came up with a smart widget that websites can link to their “checkout” or “basket” sections. This makes donations to charitable projects as easy as ticking a box. Last year, they also launched a new and revolutionary channel which allows donations at POS (inside pinpads), allowing customers to round up their final bill and donate the extra cents to social causes. its founding, they’ve managed to sign alliances with UNICEF, UNHCR, International Plan and more than 500 other NGOs. The site has already collected over €1 million but they’re not stopping there. Worldcoo’s objective is to raise up to  €5 million for social causes in 2019. With an expected year over year growth of 2,000% by the end of March 2019, we’re confident they’ll get there.