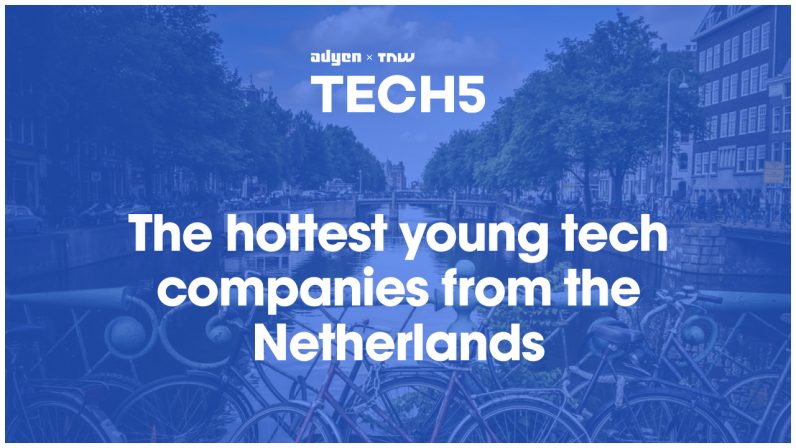 When the Netherlands is mentioned the conversation often goes through a set cycle of topics. Yes, they go everywhere on their bicycles, have an open policy towards cannabis, and have an unhealthy relationship with fireworks. However, the Netherlands represents far more than these cliches; it’s home to one of the most vibrant startup ecosystems in the world.

Okay, we might be slightly biased, but luckily we have a number of Dutch success stories, such as Adyen, Mendix and TomTom to illustrate our point. In fact, last year alone Dutch startups raked in over €750 million in investments.

Plus, having been named the best European tech city to work in for its high salaries, work-life balance, and high chance of startup success, Amsterdam is set to become Europe’s much cooler (and less expensive) version of Silicon Valley.

The question is, who will be the next leaders of the Dutch startup ecosystem?

Today we highlight the Netherlands. We did our research, consulted with our advisory consortium of 100 investors, influencers, entrepreneurs and experts across Europe and selected the five hottest young Dutch scale-ups.

Find out who the hottest young Dutch scale-ups are:

In many industries like hospitality, where occupancy rates fluctuate heavily and turnover is high, employers are always looking for a strong flexible labor force. At the same time, there are so many people looking for a better way to organize their work-life balance and make some extra cash (I mean, who isn’t?). Temper tries to bridge the gap between these two groups by providing a platform where business owners can post jobs, and freelancers can pick them up on their own terms.

Since its launch in 2016, Temper has seen great success in the Netherlands with 70,000 freelancers and 4,000 business owners already registered. Recently, Temper received an investment of over €4 million to expand its operations internationally and crossed their 1 million hours worked milestone. Having grown from 10 to 75 FTE, this is definitely a startup on the rise and ready to redefine the future labor market.

Ordering groceries online may have once seemed like a luxury reserved for finance executives and weekends in February when the weather and tequila collaborate to make outside excursions impossible. But online supermarket Picnic has now made it available for a mainstream audience. As a pure online player it avoids the costs of having physical stores and, through its proprietary milkman model, it’s cracked the last mile being able to provide the lowest prices AND free delivery.

Picnic’s fleet of more than 700 electrical vehicles operates in 70 cities, providing a super convenient option to more than 275.000 customers. After just three years, it’s experiencing a run-rate turnover of €200 million. With over 50,000 people on the waiting list and its expansion into the German market last year, this startup is only expected to keep growing in the next years.

How often do you spot the perfect trench coat, but then see that less than perfect price tag before reluctantly hanging it back up? Dutch startup Otrium sells clothing surpluses that would otherwise end up at unorganized flash sales, outlets, or even worse, nowhere at all. This means brand names, at a fair price. With its closed partnerships with over 100 brands, including some of Europe’s most well-known fashion brands like PUMA, Scotch & Soda and G-Star RAW, there’s something to fit everyone’s style.

Their platform has already proven to be a success, however, that’s not enough for founders Milan Daniels and Max Klijnstra; their goal is to become Europe’s biggest fashion outlet. Rounding out 2018 with a two-year growth of 2,930 percent and features in top ten startups lists from WIRED to Deloitte, they’re certainly getting there.

The Dutch startup scene has had its fair share of successful sharing economy apps. However, when scooter sharing app Felyx entered the stage, it was a whole different ball game. Inspired by similar services in other cities, founders Maarten Poot and Quinten Selhorst decided to unleash more than a hundred electric scooters on the city of Amsterdam. This became an instant success and, since the municipality of Amsterdam actively limits the amount of sharing service vehicles scattered around the city, demand is already exceeding supply. Felyx is now actively expanding its services to other cities like Rotterdam, where it received €2 million to launch a fleet of 324 scooters.

Efficient as only they can be, four Dutch entrepreneurs came up with a solution to decrease waiting lines for museums and other cultural attractions. This solution came in the form of Tiqets, an innovative ticketing platform where customers can buy tickets in advance. Tiqets has proven to be one of the Netherland’s largest success stories; over the past three years it’s grown more than 10.000 percent. It’s now one of the top 5 companies in the Tours and Activities industry and is expected to only get bigger…

With its recent partnerships with Google and WeChat you’ll now be able to buy admission tickets on Tiqets through Google maps, search, and assistant and through WeChat mini programs. While its reach has grown, that hasn’t compromised its service. This year Tiqets received the best Trustpilot score in their industry with over 10,000 reviews and the Ticketing Business of the Year Award.