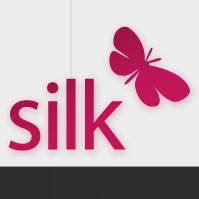 The deadline has passed and Google has not submitted its application for a Chinese Internet mapping license. It won’t be given an exception when the State Bureau of Surveying and Mapping made it clear that companies that fail to comply will be forced to shut down on July 1. This raised concerns that Google China may even fail the next ICP annual inspection and possibly wave goodbye to China.

People’s Daily reports that the deadline has officially passed and the mapping bureau has yet to receive Google’s application. Administrative departments are said to adopt measures on July 1 to close delinquent Internet companies that do not comply.

According to sources, Google is having difficulties renewing the mapping license mainly due to its decision to withdraw from the Chinese mainland. Foreign-funded enterprises in general are subject to stricter restrictions when getting such a license because upon approval, they will still have to pass the state security department. Google has reportedly sent some staff to participate in the second round of relevant “standards” training, so it came as a shock to the bureau that the company did not submit the application.

To make things worse, analysts speculate that Google might not pass the next Internet Content Provider annual inspection, a necessary permit issued by the Chinese Ministry of Industry and Information Technology to permit China-based websites to operate in China.

Google has been having a hard time operating in China with several controversial disputes with the Chinese government. The world’s biggest search company has been on a downward spiral, the latest of which was the abandoned partnership with Sina and its involvement with a tax fraud probe.

Despite the meager market share and impact that Google has in the country, Analysts noted that the exit of Google in China, although it may be good for local Chinese Internet companies due to less competition, may not be good for the healthy development of the nation’s Internet industry in the long run.