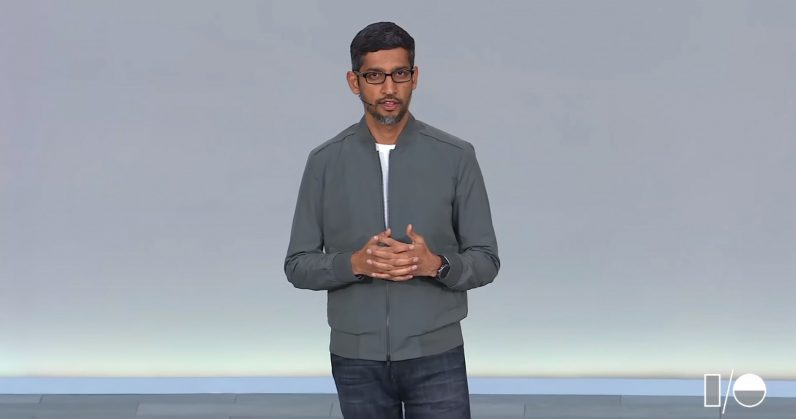 Google, the search giant which has made its business to make money off our digital habits, is getting serious about privacy.

The company, at its annual Google I/O developers conference yesterday, announced a number of fancy software updates, in addition to unveiling new hardware like Nest Hub Max and cheaper versions of its Pixel smartphone.

But it also made it a point to bang the privacy drum repeatedly, stating how these features have been built keeping individuals’ privacy in mind.

The message not only is a tacit admission of the current privacy conundrum that has crippled big tech, but also runs antithetical to the company’s penchant for amassing huge volumes of data about its consumers.

Google, for its part, has been steadily rolling out small privacy improvements in the weeks leading up to the I/O. Last month, it announced the ability to use your Android phones as a hardware security key to provide an additional layer of authentication to access your accounts.

Then a couple of days back, it announced new auto-delete controls to erase your location history, and web and app activity after a period of three or 18 months.

This doesn’t include Google’s other privacy-focussed moves, like abandoning its time-honored practice of scanning your personal Gmail inboxes for ad personalization.

But it didn’t stop there. During the Google I/O keynote, the company said it will add an incognito mode to Google Maps, much like YouTube, that prevents specific searches from being associated with your profile.

Coming soon to @googlemaps, when you turn on Incognito mode in Maps, your activity—like the places you search or get directions to—won’t be saved to your Google Account. Just tap from your profile picture to easily turn it on or off. #io19 pic.twitter.com/z7GRkkmDbn

Another surprise move that might have a significant impact on its business is its plans to limit cookie-based tracking in Google Chrome, and add support for blocking certain types of “user fingerprinting” techniques that are being abused by online advertisers.

Google is also making a new open-source browser extension available that will inform users of the various intermediaries that were involved in serving a particular ad, along with surfacing the factors used to tailor an ad to a user.

Elsewhere on Android, Google showed off a long overdue permissions manager that lets you share location with apps only when they are in use.

Offering enhanced privacy controls to users wasn’t the only trick Google had up its sleeve. It’s leveraging on-device machine learning in a big way to enable features like Gboard word suggestions, Smart Reply, Live Caption (real-time subtitles to any audio or video playing on the phone), and Live Relay (transcription of phone calls in real-time).

This ensures that all your data (aka “training data“) remains on the device, effectively “decoupling the ability to do machine learning from the need to store the data in the cloud.”

With federated learning, a new approach to machine learning invented by Google, products like #Gboard get better, faster—without collecting data from your device. https://t.co/xHdDvGnVzn #io19 pic.twitter.com/GJ9tpZt1gn

The approach also spread to other products like the newly announced Nest Hub Max. The company’s first smart display with a camera does all its Face Match processing locally on the device so that facial recognition data isn’t sent to Google.

The company calls this collaborative machine learning technique “Federated Learning.” Of course Google is not the first company to use it. Apple led the way for on-device intelligence with iOS 10 three years ago when it embraced the method to “identify the people, objects and scenes in Photos, and power QuickType suggestions.” But the very fact that Google is taking a similar route is telling.

Google and Facebook’s rise as the de facto monopolies of online advertising came at the cost of aggressive collection of user data, with little or no regard to safeguarding individual privacy.

But a long list of embarrassing data abuses and privacy debacles in recent years, compounded by regulatory hassles and calls for breaking them up, have led to a Silicon Valley reckoning.

Facebook CEO Mark Zuckerberg opened last week’s F8 keynote with a new mantra: “The future is private,” he said, adding, “We don’t have the strongest reputation on privacy right now, to put it lightly. But I’m committed to doing this well and starting a new chapter for our product.”

The intention is laudable, no doubt. But at a time when both Facebook and Google are facing dozens of investigations for their privacy violations, can we take their “pivot to privacy” seriously? Or is it just nothing more than mere corporate defense?

Several countries around the world uphold the right to privacy as a “fundamental right” that’s equally available to everyone in the world. Yet it appears that “this right to be left alone” is increasingly becoming a right that can only be paid for — i.e. a luxury. Privacy has turned out to be this extra thing that needs to be opted in and purchased at an extra cost.

But it shouldn’t have to. And Google CEO Sundar Pichai’s belated acknowledgement that “privacy cannot be a luxury good offered only to people who can afford to buy premium products and services” should serve as a wake-up call to any company to which billions of users entrust their personal information.

Viewed through this lens, the data minimization efforts are only a start. Because if there is one thing behavioural research has repeatedly shown, it’s that consumers rarely change their default settings.

Whether be it phones or laptops, or any web-based service, the truth is that 95 percent of people don’t change a thing, meaning what Google decides to turn on/off will have huge privacy ramifications.

But initiatives like Federated Learning are a step in the right direction. It’s high time users deserve a platform that takes privacy seriously and encodes it into their design in a manner that instills transparency and trust.

Read next: Optimize your Photoshop knowledge with this $30 course bundle