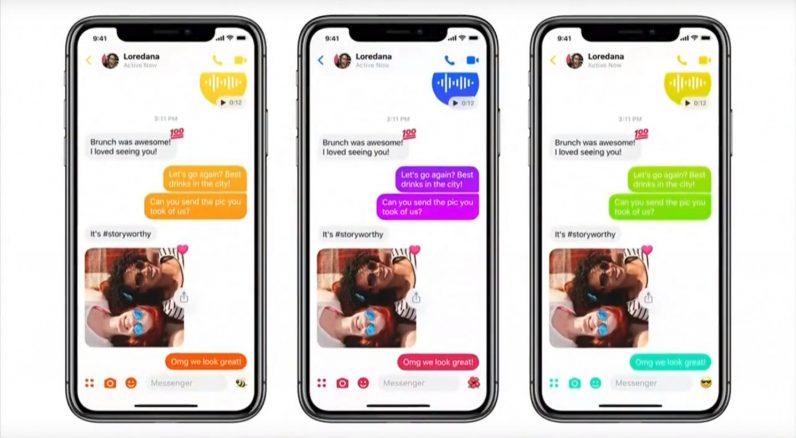 As Facebook continues to weather a string of legal battles and harsh criticism for its never-ending privacy disasters and a generally lackadaisical attitude towards consumer data, the social networking site kicked off its annual F8 developer conference at San Jose yesterday.

It took to the event to outline a new “privacy-focused vision” for the company.

“The future is private,” CEO Mark Zuckerberg told the crowd of 5,000 developers, creators and entrepreneurs assembled who reacted to the remark with dead silence.

As part of that transition, the company plans to merge together three of its massive messaging apps — Messenger, Instagram and WhatsApp — into one service, while at the same time establishing a “modern day social network built around Messaging.”

Here are some of the biggest announcements  from the first day of the keynote:

With the News Feed more or less becoming a recurring source of headache for Facebook, weaponized to amplify fake news and acts of terror, it’s no surprise the company has downplayed its importance to favor updates from family and friends.

To that effect, the company has redesigned its core service to highlight groups and events. Android and iOS apps are getting the update right away, with the desktop refresh coming in few months from now.

A major redesign of Messenger for Android and iOS, which it unveiled at its F8 developer conference last May finally rolled out to users worldwide earlier this January. It emphasized on simplifying decluttering the app experience that had become overstuffed with feature bloat.

But the company has said it’s redesigning the app a second time with an intention to take up less space on your phones. And on a side note, Facebook is also launching desktop apps for Mac and PCs later this year.

Facebook’s growth has plateaued at the cost of Instagram, which has largely escaped the toxic effects of its parent company. This has had the unfortunate side-effect of Facebook porting over a lot of features to Instagram, both from itself and from rivals like Snapchat, in an attempt to boost user engagement on the platform.

As a next step, the photo-sharing social network, which is fast gaining traction among the coveted 13-to-34 year old demographic, is getting new features like capabilities to shop for products from creators without having to leave the app.

It is also testing a new post layout that hides the like counts, in addition to launching a new Create Mode that makes it easy for you to share photos and videos with effects, interactive stickers and quizzes.

Facebook’s hardware efforts have largely failed to take off, but that hasn’t stopped it from trying. The company’s video chat device Portal is expanding to Europe this fall, and what’s more, it’s also adding support for making WhatsApp calls. Facebook also took the opportunity to reiterate that all calls will be encrypted end-to-end.

The new VR headsets from the company’s Oculus brand are now both up for pre-order for a price tag of $399, and they ship May 21 in 22 countries. While Rift S is an upgrade of the 2016 Oculus Rift, Quest is a standalone VR headset that allows you to play games without being connected to a PC.

That’s it for now. Facebook’s developer conference continues for another day, so stay tuned to The Next Web for more updates.

Read next: The Hull City AFC 'cryptocurrency' buyout has quietly fallen through