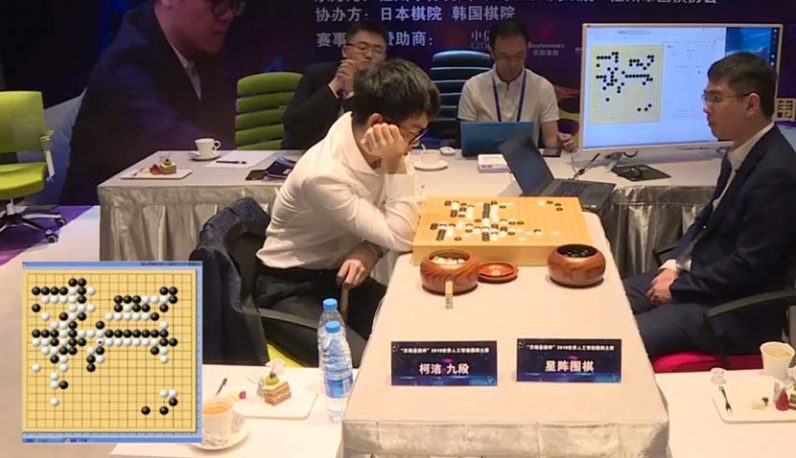 What it means: Maybe humans just aren’t very good at Go. We’re like the Washington Generals of board games (making AI the Harlem Globetrotters). And that’s because games with a set of rules that don’t require arbitration or interpretation are perfectly suited for dominance by AI.

IBM’s machines mastered chess decades ago with Deep Blue’s defeat of Garry Kasparov, Go was supposed to be too complex for machine learning. Yet, now both the US and China have developed systems that handily defeat the most talented and celebrated human players.

Why it matters: Once we’re over the initial sting of defeat, it’s worth remembering that these benchmarks are important, but ultimately not indicative that Alpha Go or Golaxy are going to somehow become superintelligent AI.

The biggest takeaway could be that China’s AI programs might not be as far behind Silicon Valley’s as some experts think. It’s probably time we got Alpha Go and Golaxy together for a no-holds-barred match to determine the supreme Go playing machine once and for all.

Read next: Nintendo is making an RPG for your smartphone