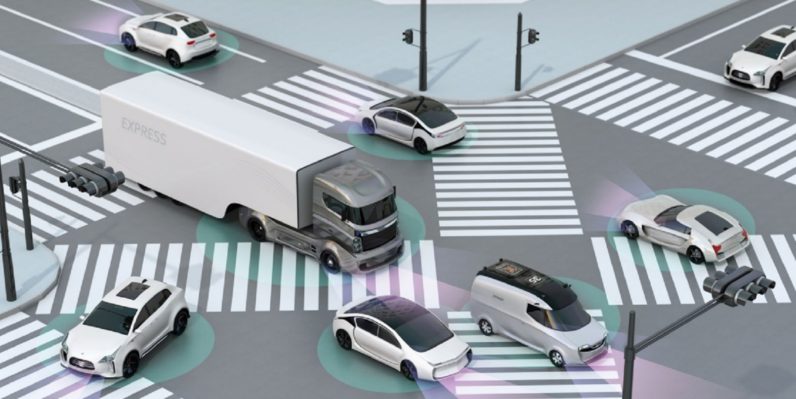 The CEO of Nvidia, Jensen Huang, today boldly announced fully autonomous vehicles will be on the road in “no more than four years.” This may shock some, but there’s an ever-expanding list of companies in agreement. At this point, anyone who doesn’t see driverless cars as imminent is in denial.

This is a pretty big deal because Nvidia, who you may know as the manufacturer of high-end graphics cards for computer gaming, is actually one of the biggest players in the space. Nvidia has quietly become, arguably, the most important chip manufacturer for AI systems.

According to financial experts Morningstar, Nvidia is expected to hold a 66% stake in the global AI market by 2021. And its newly launched Drive PX2 platform, which ships next year, is the first AI “brain” capable of full autonomy. The company posted record gains over the last two years and, since may, has rallied over 8o percent. It might be time to pay attention to what Huang has to say about the future of AI.

When cars do reach level 4/5 autonomy (capable of driving on some/all roads without a human) it’ll likely be Nvidia chips powering the AI inside of them.

But if you had a nickel for every time a journalist or “expert” made a prediction about driverless cars you’d have enough change to buy a Tesla. The truth of the matter is none of us are psychic, so you’re better off relying on what the people actually building autonomous vehicles think.

Here’s just a few of the automotive manufacturers which have asserted cars capable of operating without a human inside of the vehicle will be on the road within the next five years:

Other major tech companies loom in the picture as well with Apple, Google, Uber, and numerous Chinese companies all working on driverless car projects expecting to yield fully autonomous vehicles within the next few years.

There’s countless startups dedicated to perfecting various facets of the technology. This means, unless all these companies – big and small – are risking their reputation on a pipe-dream, we’re no longer looking at the arrival of our new rides in years, but in quarters.

There’ll still be naysayers who think regulations and laws will hamper the arrival of driverless cars (they won’t), or those who believe the technology isn’t there yet (it is). And to be fair, most of them caveat their denial by pointing out that it’ll be “years” before classic cars are replaced, or “not everyone will want to buy a driverless car.”

To those curmudgeons I’ll say: people still ride horses, that hasn’t stopped Ford from doing okay; and I don’t want to own a taxi cab — but they still serve a purpose. In the end I believe doubt will be won out by the millions of lives that are saved by letting computers handle the complicated stuff.

Everyone has an opinion on autonomous car technology, but the most important statement is a fact: 94% of all automobile accidents are caused by human error.

The sooner the better Mr. Huang; we’re dying out here.

Read next: How one startup uses AI to optimize the way people and offices work together