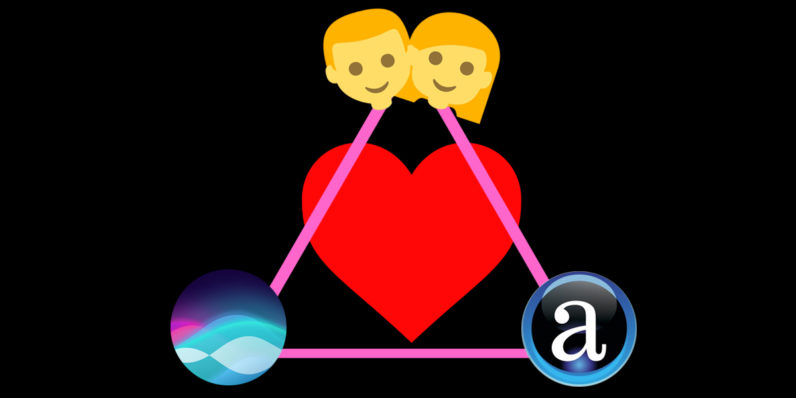 Spike Jonze might not have been that far off when he imagined a romantic affair between a human and an operating system in his sci-fi love drama Her. As it turns out, people are increasingly starting to develop feelings for their virtual assistant baes like Siri and Alexa.

In a new trend report called ‘Speak Easy,’ Mindshare and JWT Innovation group discovered that more than a quarter of all 1,000 people they surveyed have daydreamed about getting hot and heavy with their voice assistants.

As Speak Easy suggests, voice interaction tends to excite much more than ‘the keyboard, the mouse [or] the screen” – which is why the research speculates we’re likely to see the trend grow in the future.

There has always been something that gets in the way of our relationship with technology. We’re now ready for the most natural and intuitive form of interaction – the voice. The rise of a voice-activated world will allow us to get closer and more intimate with technology

According to the findings, voice technology is currently mostly used in “private spaces,” with 22 percent of all surveyees claiming speaking to their virtual assistants outside makes them “feel stupid.”

But things quickly change once people retreat into their own privacy. More than 60 percent of all participants indicated they’d use the technology “all the time” if voice assistants could interact “as well as a human can.”

In fact, over a third of subjects said they use their virtual helpers often enough to wish they “were a real person.”

Curious to find out more romance fantasies between humans and machines? You can peruse the full report here.

And in case you happen to be among the 25 percent seeking to take their relationship with their voice assistant to the next level: There’s plenty of fish in the see.

If Siri and Alexa aren’t quite your type, there’s always Google Assistant and Samsung’s brand-new Bixby. Word on the street is Assistant is a real charmer.

The future speaks to you on Speak Easy