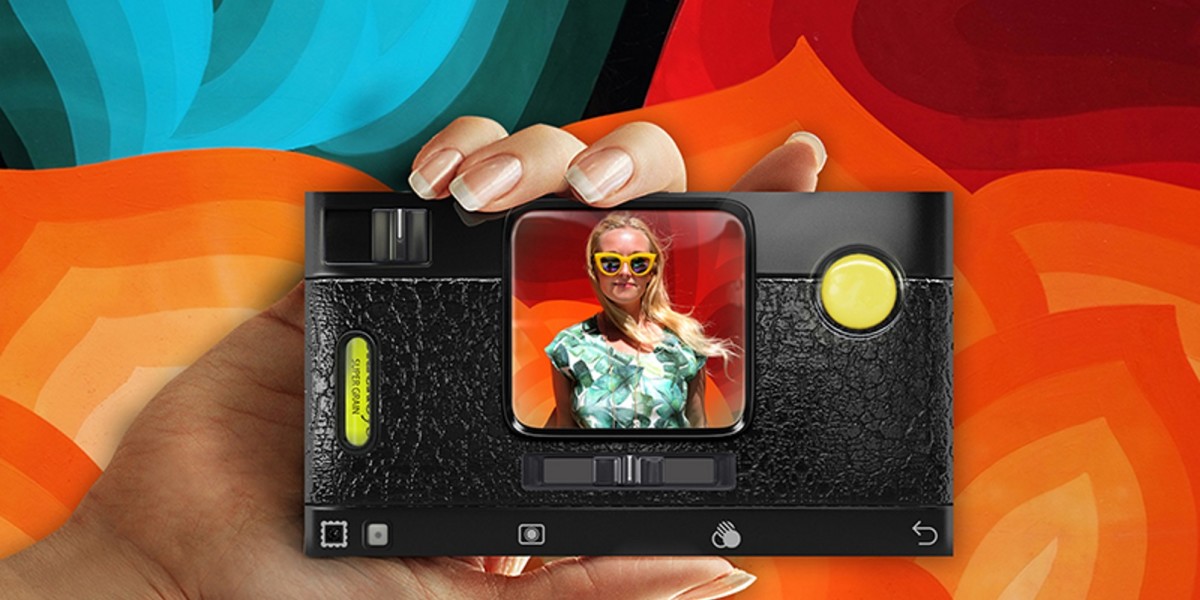 With the launch of iOS 9 last month, it was busy month for new and updated apps – from big names like Keep arriving belatedly for Apple’s OS to adblockers and Lil Jon’s new keyboard album Vext.

Luckily for you, we’ve sorted the wheat from the chaff and what follows is the best new and updated apps from September.

All you need to do is clear a few minutes in your schedule, make yourself a drink and click your way through the list.

If you’re an iPhone owner with a penchant for fine food – or just a need to keep track of your favorite recipes, then Basil could be worth checking out.

Previously available just for iPad, it’s certainly not the cheapest option available at $4.99, but it keeps the same clean design and focus on putting images front and center.

Recipes are provided by the Basil team, but the main appeal is the repository of other user’s recipes. You can also import from other services like Epicurious, BonAppetit, RealSimpleand AllRecipes too.

It’s not perfect, and importing recipes from other websites is a bit more fiddly, but if you’re looking for recipe inspiration Basil is a viable option.

September was the month of the adblockers on iOS, with Apple opening up its OS to third-party tools, as well as rolling out its own native options.

Crystal is one of the most popular adblockers to emerge from the fray, following the withdrawal of Marco Arment’s Peace app.

The 99c app does exactly what it promises and blocks intrusive ads from ruining your mobile browsing experience. Somewhat controversially, Crystal will begin allowing some ‘acceptable’ ads, but will leave the final decision with whether to allow them or not down to the user.

Although Google’s note-taking and list-making app Keep has been available on the Web and via Android devices for some time already, it only just launched for iOS devices.

Just like on the other platforms, Keep lets you make reminders, lists or notes with images, checkboxes, color-coded backgrounds and more.

It’s not as fully-featured as something like Wunderlist, but if you’re tied into Google’s services and don’t require anything that powerful, then Keep is a must. It’s also free, which helps.

If you spend more time trying to schedule group meetings than actually in group meetings, then Microsoft’s new Invite app is aimed squarely at you.

Essentially, it lets you suggest times to attendees, and they receive an email or app notification (if they’re also Invite users) where they can choose an option that works best for them. They can also see what times other attendees have voted for.

Once you’ve settled on a time, calendar invites are automatically sent out.

Invite is currently only available in the US and Canada, but Microsoft plans to offer it on Windows and Android devices (and in more regions) in the future.

This month Hipstamatic rolled out an update to its retro-themed camera app that allows it to make the most of the iPhone 6s and 6s Plus’ new camera hardware and operating system.

Primarily, it can now support 12-megapixel shots at full resolution for all effects. It also supports Apple’s new 3D Touch feature in iOS 9 to let you jump to adding effects or editing your last photo directly from the home screen.

It’s also got a new Pro mode, which lets you control the white balance, exposure, shutter speed, ISO and more. It also drops the ‘square shots only’ format, just like Instagram did.

There’s a whole lot more to check out in this significant update too, and it’s free to download right now. For how long? Who knows.

Facebook Mentions, the iOS-only app that was previously only available to bonafide celebrities has been opened up to give access to anyone who’s profile is verified.

The app is geared around followers rather than friends and displays your updates from Pages and other verified users you follow in a Newsfeed.

The main aim, however, is making it easy to interact with people aren’t in your friends list and keep track of what is being written about you, which is achieved by aggregating all this content into a mentions tab.

Rather than yet another emoji keyboard, Slash for iOS makes it easy for you to share information from Foursquare, YouTube links, Contacts, Genius, Google Search, Maps and others across your phone phone.

For example, you might be chatting on WhatsApp, Twitter or Messenger and want to find somewhere to eat with friends, all you need to do is type a / and Slash will identify this and tap into Foursquare to suggest places nearby.

Its strength lies in allowing you to do all this without ever changing app, making it simple to share YouTube or Soundcloud links without needing to faff around.

Microsoft rolled out a huge update for OneNote last month that brought support for iOS 9 and readies it for the launch of the iPad Pro in November.

Among the new features is a spit view that allows you to open OneNote alongside another app and a Slide Over option, which lets you drag a OneNote sidebar in for quickly jotting down ideas (without leaving the current app).  Split View only works on the iPad Air 2 though.

This one isn’t going to be a whole lot of use if you’re not an Amazon Prime subscriber, but if you are you can now take your favorite tv shows and movies offline for playback, making it possible to watch titles on flights or anywhere else you have no (or poor) connectivity.

Not all Amazon’s content is available, but you can find Amazon Originals and hit titles like ‘The Hunger Games’ and ‘The Wire’.

Don’t hang around in watching them though, you only get either 15 or 30 days before they’ll automatically disappear from your device.

If keyboard apps are your thing, or you really like Lil Jon then you might want to check out Vext. And if you’re an Android user, it’s available for Google’s mobile OS too.

In a nutshell, it lets you quickly and easily send memes of Lil Jon shouting random things like ‘What?’ and ‘It’s called Google, bitch.’

Now, you can watch videos in a floating window above other apps, which makes it handy for things like looking up a recipe while watching how to actually make the dish you’re attempting, for example.

The deeper Spotlight integration means that saved articles with matching terms will now show up in your searches.

If you hesitated over whether or not to open this article (shame on you), then you may well be the sort of person who finds outside opinions useful when making decisions, and that’s what Flotsm is designed for.

Or perhaps you don’t really struggle with making decisions, but are the sort of altruistic soul who likes to help other people with theirs.

eBay was updated last month on iOS and Android to make it easier for buyers to get around the app and provide better access to the ‘Top deals’, ‘Promotions’ and ‘Events’ sections. It should also now be easier to jump between the ‘Activity’, ‘Shop’ and ‘Sell’ tabs.

New sellers also now get a few more tips and tricks to maximise their sales.

There’s also a new in-app dashboard, which will appeal to regular sellers as it makes it a doddle to keep track of all your sales and limits.

If you love retro style photos but aren’t all that enamored with Instagram, then Base is another photo ap that allows you to turn your regular shots into ones that feel like they come from a different era of photography.

Using Base gives you 14 different live filters to use, and you can switch between them by just swiping left or right – thereby making it a whole lot easier than on the native iPhone camera.

You do get control over the flash and a button for switching between front and rear-facing cameras, but there’s no focus or exposure options, which may put some people off paying the 99c asking price.

While Skype for iPhone got revamped navigation and better search last month – making it easier to find specific friends, groups, conversations or contacts – it was really the iPad version that got the most significant upgrade.

Among the “ton of new features” Microsoft says it delivered is location sharing, large animated emoticons, the ability to start group chats, interaction with notifications and new options for sharing and receiving photos more easily.

Frankly, it’s confusing that it took this long for those features to make their way across to Apple’s tablet.

Aspiring DJs and pros alike will appreciate DJIT’s updates to its Edjing app for iOS and Android devices last month, which brought in new features as well as some design tweaks to make it easier to use.

To make it easier to create tracks, the UI revamp brings settings like Pitch, FXm, Sync and EQ to the fore.

There’s also now the option to personalize your audio effects, and quicker access to Deezer and SoundCloud’s libraries totaling more than 50 million tracks, as well as a few other changes to sharing.

Virtual and augmented reality company Modiface launched a new photo effects app in September, but there’s has a twist.

As well as letting you overlay different effects on your photos and adjust settings (brightness, contrast, color, etc.), the app is also serving as preview example of what students can learn on the new Coursera specialization for iOS developers.

Provided you want to build a photo editing app. If you don’t but still want to use Shift, you can check it out for free.

If 17 of the best new and updated iOS apps isn’t enough for one month, then check out last month’s roundup or our list of 65 of the best iPhone and iPad apps from 2014.

Read next: The ad industry may gripe about adblockers, but they broke the contract – not us