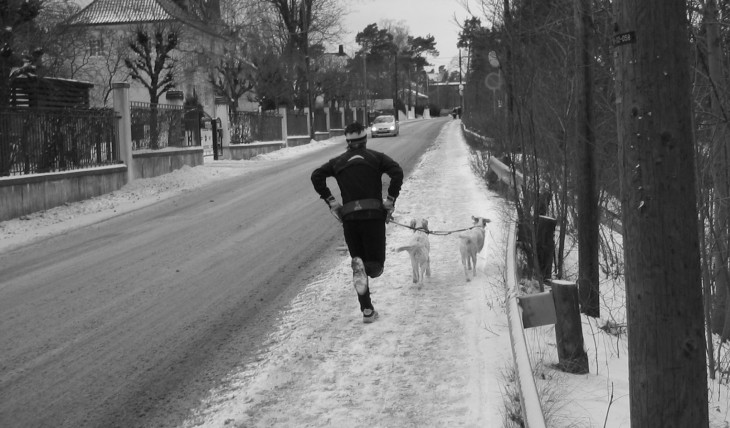 There’s no shortage of apps and gadgets designed to help make exercise more fun, social and ‘analyzable’ – RunKeeper, Fitbit, Sportlyzer, Strava, Endomondo, Nike+ and Runtastic, for example, are just a few. In fact, here are 10 fitness apps that will help reshape your workout.

But if you’re a keep-fit fanatic with a penchant for eking out the best tools to help you stay healthy, 2012 saw a slew of new handy apps that could also help you in your endeavors.

Indeed, The Next Web covered thousands of apps throughout last year, from nifty new browser extensions, to the latest game-changing Android and iOS apps, so we sifted through the archives and pulled out some of best new health-focused apps to help you kick off 2013…the right way.

Yog lets you schedule runs with friends and strangers around the world…yup, that’s right.

You can sign up to the iOS app using your Facebook credentials, or with your email address. It then invites you to link up with any of your friends already using Yog, or you can opt to join an existing scheduled race with complete strangers.

When you’re in, you’ll see a slew of options at the bottom, including ‘Scheduled’, ‘Create Run’, ‘Past Runs’ and ‘Settings’.  On the Home screen, you can ‘Run Now’ or ‘Run Later’, the former letting you tap in to runs that are scheduled to start now, the latter serving up options for a later time.

During your race, you can see all the participants from around the world in real-time on your phone…it’s like a real race.

Runtastic may be better known for its GPS-powered running apps, but it recently rolled out a handful of fitness apps for homebodies too.

The new apps are available for iOS (including iPads) and Android (smartphones only for now), and encompass four basic fitness and strength-building activities you can do pretty much anywhere.

There’s no shortage of foodie apps out there, to help you track your eating habits with a view towards reducing your waistline. But Thryve is a little different – this neat food-tracking app focuses on feelings and food-types over counting calories.

You snap a photo, then enter pertinent details around it, such as the ingredients. Afterwards, you can also indicate how happy the meal made you by clicking on a little smiley (or sad) face.

By focusing on food groups, it suggests what you could be eating more of for a more balanced diet. You can also see how the way you eat compares to the average across the Thryve user base.

Zombies, Run! is a Kickstarter project we covered in 2011 before it made it into app form back in March 2012 for iOS devices. The premise? Put simply, you keep fit by running away from zombies.

The player takes the role of a zombie apocalypse survivor who carries out missions to gather supplies, with the drama playing out in fully scripted audio. The game rewards success in missions by giving the player access to further segments of the unfolding story – and all this takes place in the real world, with the user physically running as they hear the zombie noises get closer.

It launched on Android in June…a great concept.

Runno offers an interesting mix of workout and location-based gameplay.

Runno’s taking a different route to keeping fit, by adding a layer of social gameplay to the exercise motivation and tracking part of the equation. Not unlike Foursquare, Runno lets you ‘claim’ real-life areas you choose to work out in (this can be running, cycling, rollerskating, hiking or whatever) and duke it out with other users.

Users can walk, run or bike a circle within a given area, which can then be claimed as his or her ‘kingdom’. Runno lets users earn points per calorie they burn, which are converted into a virtual currency called Walluta.

Fitsquare sends real-time messages in order to encourage you to check in to healthy venues on Foursquare, and you can earn (or lose) points, get exclusive badges, compete against friends and track progress.

The service looks at all your Foursquare check-ins and scores you on them based on how healthy they are – not only will you get scored based on the locations you visit, you’ll also receive nagging-but-helpful emails that suggest a healthier activity to participate in.

The Web app is partially a research project by a college student, and is still in beta, but it’s an interesting idea for sure.

The basic premise of the iOS app sees user post photos of food which are categorized by boxes (which act like albums) to give some semblance of order to the culinary collections. Location (optional) and date is added to each photo to give it some context for other users, helping it to be discovered.

A particularly nifty feature of Burpple sees it ‘remember’ the time and place of photos that are added via the iOS camera album, thanks to an integration with the data stored on the device.

Burpple is going from strength-to-strength, and we can expect it to land on Android too some time in 2013.

Notch launched earlier this year to let users visualize all the personal health data they track with FitBit.

To make all of your health data “sexier”, Notch creates awesome-looking infographics once you hook your FitBit up to it, though we’re told the service will also work for other types of sources of data in the future, including the Nike+ FuelBand.

If you have a penchant for blasting out some tunes from your laptop whilst whipping up a tasty treat in the kitchen, you might like this neat little Web app.


FoodBeats is the handiwork of Outside Line, Lurpak’s social agency, which teamed up with Last.fm back in April to develop an online music tool that generates and streams recipe-based playlists based around what you’re cooking.

The Web app taps Last.fm’s scrobbling technology to give users recommendations to fit with what they’re mustering up in the kitchen, and not only serves (pardon the pun) to help discover new music, but also takes the hassle out of deciding what to listen to by doing the donkey-work on your behalf.

Based on tags, Last.fm delivers songs relevant to whatever is being cooked. To feed into this (again, excuse the pun) Outside Line also reeled in recipe network Foodily – a company we’ve covered before – to enhance the campaign’s credentials by suggesting recipes for complementary dishes, while also serving up tips.

We first covered Tribesports when it launched last summer, a social network for sports enthusiasts.

Tribesports uses an intelligent recommendation engine based on user interactions to surface relevant content that will motivate and inspire users to push themselves in their chosen sports. Leaderboards, online kudos and other social gaming mechanics play a key part here, taking the competitive edge of the sportsperson offline and applying it to their social interactions online.

The company finally launched its iOS app in April this year, which was followed by its Android incarnation later in 2012.

What better way to stay in shape than by traversing your city entirely on your own steam? None, as it happens.

With that in mind, we covered Spinlister back in April, as it launched its bike-sharing marketplace in San Francisco and New York.

Since then, the startup has changed its name to Liquid, launched across the US and is gearing up to spin its service out to other countries in 2013. Think of it as a little like AirBnb…but for bikes.

Nike’s showing no signs of slowing in its quest to dominate the tech-fitness space, and 2012 proved to be a big year for the sporting giant on this front.

With the launch of the Nike+ Fuelband earlier this year, this brought an extension to its existing, uber-popular Nike+ mobile app. The Nike+ FuelBand, in a nutshell, is a wristband that tracks and measures every movement you make. It’s also Nike’s attempt to expand its reach beyond the serious runners and keep-fit freaks, and into the realm of everyday activities.

It even invented a new metric called NikeFuel which, used in conjunction with the FuelBand, will measure everything you do in a day and tell you how active you are. The Nike Fuelband app is still only available for iOS devices, though an Android incarnation is apparently in the works.

This launch was swiftly followed by the Nike+ Training and Basketball apps, which were designed to work with special Nike+ connected shoes.

Hopefully you’ll be able to find at least a few apps here that have thus far escaped your radar, and go some way towards helping you adhere to your New Year fitness resolution.

Meanwhile, if you want to check out the best productivity, lifehack, travel, media, photo, video, employment, education and job-hunting apps of 2012 too, be sure to check our other roundups from the past week.

Read next: Happy new year! Here are some tips to help you avoid dumping your resolutions before February