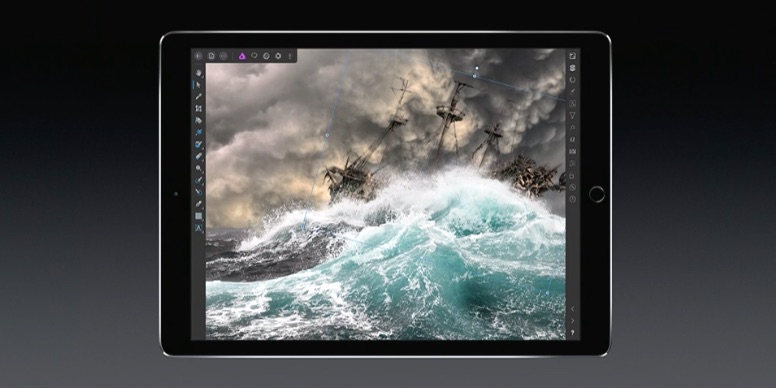 Today in San Jose, Apple kicked off its annual spring developers conference, WWDC. Before Tim Cook even took the stage the room was abuzz with a group of thirsty reporters sharing intel, breaking down rumors, and speculating as to what could be in store this year. Last year we saw Siri come to macOS, improved Messages (with stickers!), and improved continuity between Apple laptops and mobile devices.

This year was even more jam-packed than last time around. If you’re keeping score at home, you can measure your predictions in the “what to expect” preview against the wrap-up you’re reading now.

The Siri speaker is real, and it’s called… wait for it… HomePod

Apple today announced its new smart home speaker designed to compete with the likes of Google and Amazon (Home and Echo). The speaker is 7-inches tall and powered by the A8 chip that once graced the iPhone 6.

HomePod has advanced spatial awareness allowing its 4-inch woofer and seven beam-forming tweeters to project sound differently depending on the shape of the room its placed in. Put simply: the smart speaker should sound great no matter where you put it. Better still, you can add a second HomePod and sync the two for a wide stereo soundfield.

You can grab yours for $349 in December (US, UK, and Australia). Apple says it’ll be available to the rest of the world soon after.

Arguably the biggest feature worth mentioning in the latest version of iOS is the one we’ve all been waiting for: person-to-person payments. The new platform, which would compete with the likes of Square Cash and Venmo, resides within Apple Pay and gets us a giant leap closer to an all-inclusive wallet contained within a smart device.

Another game-changer is Files. In Files, you’ll have a full-fledged file system that integrates with services like iCloud, Google Drive, and DropBox, while giving iOS users the ability to control their files in much the same way they would in macOS. In fact, the move seems a natural progression in bridging the gap between macOS and iOS and toward a seamlessly integrated operating system that works on any device, much like Windows.

Aside from this, we saw numerous incremental updates that might not be game-changers, but each strengthens an already excellent mobile operating system. Here’s what you can look forward to:

iOS 11 is available today for developers, and will go into public beta at the end of June.

iMessage will let you collect debt from friends

Perhaps outshined by iOS this year, macOS still had a handful of updates that are worth talking about. For one, Mail is getting some long-overdue improvements. Among these is the ability to surface important messages right to the top of the window, a feature which should make it easier to compose new messages. The app also consumes 35-percent less storage space on your hard drive. It’s not the full-fledged reboot we’d hoped for, but it’s a start.

Safari, as you’d expect, is now faster (80-percent faster than Chrome, according to Craig Federighi, Apple’s VP of Software Engineering), and makes use of Intelligent Tracking Prevention, a feature designed to help hide some of your browsing activity on the web. How well it works remains to be seen. I’m particularly curious to see if this is as (or more) effective than a handful of extensions on Safari that are designed to do the same thing.

Photos also got more feature-rich. In the app, you’ll now gain fine-grain control that was typically reserved for editors like Pixelmator and Photoshop.

Aside from the outward-facing upgrades, Apple also improved its graphics suite Metal. In version 2.0, you’ll see improved performance as well as external graphics support, a feature we were all secretly crossing our fingers for. With the update, Mac owners will now finally be able to jump into the VR realm without buying an expensive custom-built PC.

iMacs have been languishing much like the MacBook Pro was before last year’s update. Today, we saw not only a spec bump for existing models — Kaby Lake processors, faster (and larger) SSDs, Radeon Pro 555 & 560 graphics, with up to 4GB VRAM, and a bump to  64GB of RAM! — but an entirely new SKU: the iMac Pro.

The beast-like new desktop from Apple is the most powerful its ever made. It’ll ship with an 8 core Xeon processor, with the ability to update to a 10 or 18 core setup for those with supreme needs. The Turbo Boost technology bumps these to around 4.5GHz with a cache of up to 42MB. Better, the iMac Pro boasts up to a 4TB (3GBps) SSD, Radeon Vega graphics, and four Thunderbolt 3 ports.

Lastly, all of Apple’s MacBooks were shown some love too, mainly through updates to Kaby Lake generation processors and faster SSDs.

The rumored 10.5-inch iPad is real

The 10.5-inch iPad we reported on at the beginning of May is a reality. With thinner bezels, the new 10.5-inch screen is actually the same size as the 9.7-inch Pro, which makes you wonder when we might see a hefty markdown as Apple clears inventory.

Aside from the mid-sized screen, the Pro’s response time when using Apple Pencil is now an industry-leading 20 milliseconds. This is thanks, in part, to a new screen with a 120hz refresh rate, which should make movement look a lot more lifelike. Moreover, the screen can dynamically adjust the refresh rate depending on what type of content is being shown.

Augmented reality, even more than virtual reality, has sky high potential to shape the future of computing. Apple, for its part, is committed to the technology, and today launched ARKit, a dev kit that comes with sophisticated motion tracking and other tools to help developers make the leap toward AR.

As a member of the press, I’m typically spoiled at these types of events. Press typically enjoys free food, better internet access, and comfy lounge to lay around in while we file stories. Another perk is primo seating, which is common at any event we attend except this one.

I’m not complaining. In an event for developers, there’s no reason to put the needs of the press ahead of them. And it’s not like Apple treated us poorly; I’m in a room sitting on a comfortable couch enjoying free food and fast Wi-Fi while I iron out the finishing touches of the piece you’re reading now.

But still, a quick glance around Twitter shows just how unusual it is for press to take a back seat (pun intended) to anyone, including developers.