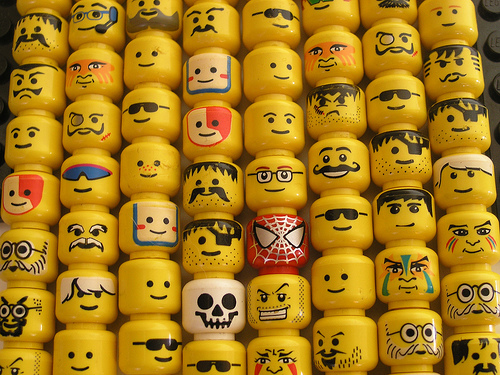 You’ve seen the news, the once mighty social network MySpace is all but dead, the company recently cut half of its worldwide workforce with traffic falling month on month.

With reports that Jack Kennedy, EVP of operations for News Corp Digital Media, has been given the task of looking for a potential buyer of the website, rumours have circulated that online gaming company Zynga could be poised to make a bid.

Over the past week, we have noticed more and more mentions of a new bidder, an organisation that is looking to crowdsource donations to collectively buy the stricken website and inject some fresh impetus. The name of the site? Let’s Buy MySpace.

We caught up with the creator of the site, Adam Noakes, an online marketing strategist, who having known MySpace’s former glories was shocked at how the site lost direction, so wanted to do something about it.

Considering MySpace doesn’t have a fixed price, attempting to buy the web property is a difficult challenge. Noakes recognises this but references other collective buying campaigns like My Football Club as a source of inspiration:

It’s a long shot.  But anything can happen and the response has been fantastic so far, My Football Club set the bar for crowdfunded projects and there is no reason why, if enough people get on board then we have a real chance.

Launched 10 days ago, the campaign doesn’t actually require pledgers to part with any money, instead an amount is specified which will be used to buy a piece of Let’s Buy Myspace. Once enough pledges are made, the committee will make an official approach, and the website will contact those who pledged to make their payment.

The initial response has been encouraging. Despite a lack of press coverage, the website has taken £3735 with a single pledge of £5000 from the UK due to be added today. The campaign has resonated with people in Germany, UK, USA and Australia – the countries with the most money pledged thus far.

We asked Noakes if there was a donation target, at the moment it is “still to be confirmed” but “ultimately enough to fund the purchase of MySpace” – (of course).

We imagine the purchase of MySpace would reach into millions of pounds and whilst being quite a way off from a potential bid, Noakes admits there is already a logistical and operational plan should a buyout be completed and would be published as the campaign progresses.

Hoping that the campaign will generate buzz and gain momentum, Noakes has formed an executive committee that includes the MD of a marketing agency, a social media manager as well as some interesting business leaders who have “an enthusiasm for social media”. The door isn’t closed on the committee either, those interested can fill in a simple form on the Let’s Buy MySpace website and apply.

Whether Let’s Buy MySpace ultimately hinges on whether people are interested in keeping a once much-loved social network alive after its spectacular fall from grace and subsequent growth of rivals like Facebook.

The phrase “every little bit helps” is true in this instance, if you want to help save MySpace and be involved in the decisions that could shape its future, head on over to Lets Buy MySpace and pledge away.