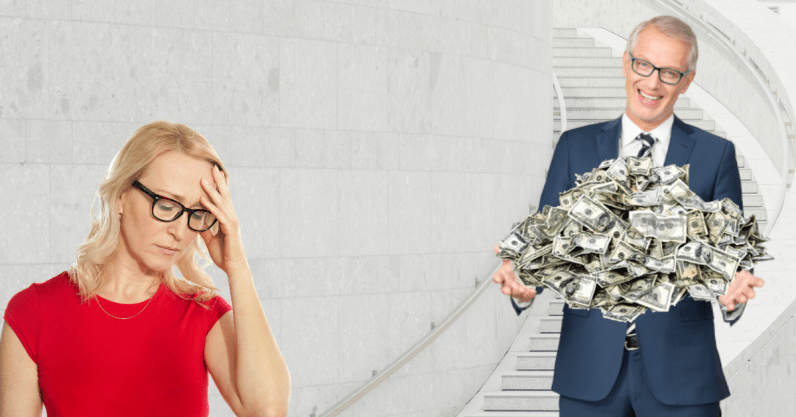 Despite a significant growth in the number of women working in the tech industry, female representation has stalled over the last decade. Only 18 percent of leadership roles being filled by women, and it turns out the chances of promotion are just as low.

In three new diversity reports by Harnham’s Data and Analytics, based on a survey of 3,000 professionals in the UK, the EU, and the US, they found that professionals who are women or ethnic minorities in the data and analytics industry are half as likely to reach a leadership position or hold a director title than their white, male co-workers.

In areas of Data Science and Data Engineering in the UK, women make up 25 percent of workers. The research noted that, overall, despite an increasingly diverse presence across entry- and mid-level positions, representation starts to decrease dramatically as seniority increases.

At entry level, 35 percent of roles are filled by women across the data industry, but at senior levels, the number drops. For high-level positions, such as ‘Head of’ departments, representation has more than halved with just 16 percent of these positions held by women — and only 12 percent held by Black, Asian, and Minority Ethnic (BAME) people.

Some argue this could be partially due to women leaving the industry mid-career to raise children, but researchers highlight the difficulties women face when returning to work after an absence, such as maternity leave. It notes: “Businesses should ensure that those who have been on parental leave can return without feeling penalized and are still able to reach the highest level positions.”

The US report found more promising results in regards to data and technology’s gender gap with a 4 percent difference between men and women employees. However, greater gender disparity began to appear at more senior levels, particularly at the VP level, where the gap increases to 11 percent.

In the EU, when it comes to the gender pay gap, the report found a staggering 36 percent gap in Germany for those working at the level of ‘Director.’ Additionally, the Nordics painted a similar picture, with a pay gap of 7 percent which more than doubles to 16 percent at a ‘Director’ level.

While diversity largely refers to gender and ethnicity, the report also looked into other aspects such as education level. In the UK, 72 percent of respondents said they received a state-school education, with 9 percent receiving a private education. Researchers found that 36 percent of senior roles are held by privately-educated people — that’s a higher percentage than exists in the current British parliament.

Diversity policies can be short-sighted, with some companies working to level out the playing field for women and ethnic minorities solely for compliance. At times, the importance of inclusivity can be misinterpreted, and are taken on as part of a company’s branding rhetoric for optics. This was shown in a recent study by Boston Consulting Group, which found that despite 98 percent of companies it surveyed having diversity programs, only a quarter of employees in diverse groups said they benefited from them.

An industry — be that tech or data analytics — that only has white men at the top narrows the companies’ potential to create authentic products and services for a wider audience. A diverse team is accompanied by an increase in perspectives and skills that can benefit any industry, not just as window-dressing.

Read next: Italians apparently prefer Bitcoin over Visa or MasterCard for online payments