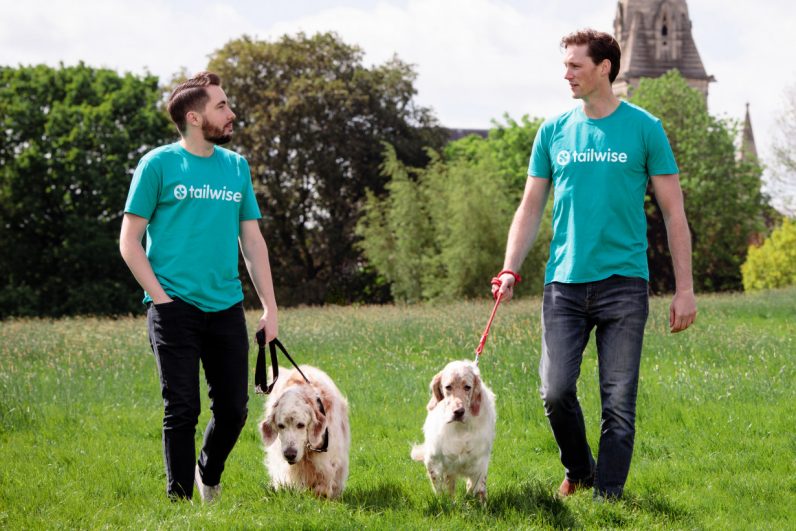 Each year, Brits buy 1.5 million puppies, with much of the trade happening online. For obvious reasons, this can be a difficult and risky process, not least for the dogs involved.

While there are some reputable breeders, there are also far too many unscrupulous puppy farmers. These high-volume breeders care only about their bottom line, and not the health of the dog. It can often be difficult distinguishing between the two categories of rearers.

One service trying to fix the online dog market is the London-based Tailwise, which has built a monitored, curated market for dog breeders.

The only breeders allowed on the platform are those Tailwise can verify. This means they’re subject to a rigorous vetting process, and each dog is checked by a vet before it’s released to the buyer.

This is important, because the current dog marketplace is a bit of a Wild West. Poor breeding practices exhibited from puppy farmers has meant that 20 percent of the 1.5 million dogs bought online each year die after just six months. That’s roughly 300,000 dogs, which is horrifying.

It’s also worth pointing out the vetting works both ways. The service verifies the identity of all buyers. It also quizzes them are about their home, lifestyle, dog preferences, and their motivation for getting a dog. This information is then used to pair them with a suitable breeder.

The platform also includes an element of aftercare. After the transaction is completed, buyers and breeders can keep in touch through the website. This means that if a problem emerges, or the buyer has a question, they can reach out to the person they bought their dog from.

The inspiration from Tailwise came from the founders’ experience of purchasing a dog in the UK. In a statement, Tailwise CEO and founder Sam Worthy explained:

“I grew up around dogs, so a couple of years ago I looked into getting my own. The one I saw was very likely from a puppy farm and I realised that the dog buying process was completely outdated and fraught with risks. It became clear that there is a stark split between breeders who care and want the very best for their litters and unscrupulous people who exploit the emotive nature of buying a puppy.”

To bring its platform to life, Tailwise has raised £200,000 (roughly $280,000) from angel investors. Buyers and breeders wishing to check out the site can head here.

Adopting is always better (and cheaper) than buying. That said, if you’re going to buy a dog, you might as well do it properly.

Read next: Roger Ver has found a new use for cryptocurrency: crowd-bribing