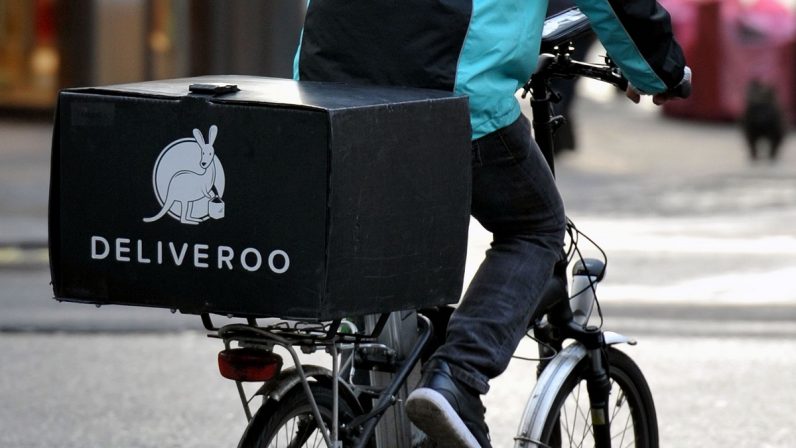 In the UK, we’re spoiled for choice when it comes to food delivery. There are so many options on offer, including Just Eat, UberEATS, and Deliveroo. But only Deliveroo actually offers an Amazon Prime-esque subscription model called Deliveroo Plus. For £7.99 a month, you can get unlimited free deliveries, saving you roughly £3.50 on each order you place.

And like Amazon Prime, you can get a free trial. Last month, while glued to my bed in a lethargic, hungover state, I decided to sign up and order some of Colonel Sanders’ restorative fried chicken.

At the time, I mentally justified it as a one-off. I’d sign up, save a bit of money, and then promptly cancel the subscription. Obviously, since you’re reading this article, you know that didn’t happen.

For starters, limitless free deliveries inevitably meant that I ordered more food. Looking at my receipts, I’ve placed roughly double the amount of orders I otherwise would, since starting my subscription. That means I’ve shoveled twice as much poutine, shawarma, piri-piri chicken, and KFC down my gullet, like a grease-soaked twenty-something version of a foie gras duck.

Deliveroo Plus made me realize how much delivery charges gave me pause for thought. If I fancy some McDonalds, and the delivery fee is almost equivalent to the value of the meal itself, there’s a distinct possibility I’ll exercise restraint and make something with the ingredients I’ve got lying about in my kitchen.

But with that barrier gone, I found myself thinking less about the orders I made. If I was hungry and couldn’t be bothered making myself a sandwich, I’d press some buttons on my phone, and one would magically appear.

Well, not magically. Let’s not get ahead of ourselves. I mean a bloke on a bike would bring me some food.

I know I’m not alone here. Just search Twitter for “Deliveroo Plus,” and you’re immediately confronted with hundreds of people who signed themselves up, and quite quickly found themselves in a Reqiuem for a Dream-style KFC downfall:

Promised myself I'd start eating better in 2018… 6 days in, already got Deliveroo Plus.

Getting Deliveroo Plus was a bad move

The best thing I’ve ever done when drunk is buy Deliveroo Plus.

Curious, I spoke to Deliveroo and asked if its subscription product was incentivising customers to order more food. A Deliveroo representative declined to give any specific numbers. In true PR form, the spokesperson said that Deliveroo Plus wasn’t about making customers order more, but rather saving people money. Alright then.

I also find myself extremely reticent to cancel my subscription. I know that both my bank balance and waistline will thank me, but I really don’t want to. There’s something deeply intoxicating about being able to summon burritos and burgers at your very whim.

Subscribing to Deliveroo Plus also meant I found myself in a monogamous relationship with the food delivery company. I’ve barely used Just Eat or Uber Eats this month, even though the selection of restaurants varies wildly.

Uber Eats, for example, holds the monopoly on McDonald’s delivery in the UK. Even though at times I’ve wanted a Chicken Legend, I’ve defaulted to whatever’s available on Deliveroo, simply because I couldn’t justify paying a delivery fee. I guess what surprised me most was how this managed to drown out the bit of my brain that desperately hungered for McDonald’s.

Honestly, I thought I’d cancel my subscription at the conclusion of my month’s free trial. That wasn’t the case though, and I’ve stuck with it, even though I really probably shouldn’t have.

I must admit, I do have some ethical qualms about it. Deliveroo has faced several protracted battles with its delivery drivers over pay and working conditions. I feel a pang of guilt every time I order something, simply because I don’t know how this could be sustainable.

Remember, the monthly fee is about £8, and a delivery typically costs £3.50. If I place three orders, I’ve essentially made my money back. If I place eight orders (two orders a week, which isn’t entirely unreasonable), I’ve saved £28.

Who eats that cost? Will it be the restaurants themselves? Will it be delivery drivers, who are further squeezed in order to keep costs low? Or will it just come out of a vast moat of venture capital funding, which one day will run out?

On the subject of money, Deliveroo is pretty cashed up at the moment. The UK food delivery market is massive, and there’s a lot of money sloshing around in it.

Deliveroo has (so far) raised $859.6 million. That’s a significant chunk of change, especially when you consider it’s yet to enter the larger markets of India, China, and the United States. So far, Deliveroo is only active in a handful of European countries, plus Australia, Singapore, Hong Kong, and the UAE.

Uber is similarly focusing a huge amount of cash into its food delivery ambitions. Perhaps the most amusing signifier of this is a Business Insider article, which talks about the ungodly amount of free food people are receiving from the company as compensation for when deliveries are either cold or slightly late.

Incidentally, UberEATS is expected to launch its own subscription program later this year. According to Business Insider, this is believed to work much like Deliveroo Plus does, with delivery fees waived. In the UK, UberEATS typically charges between £2.5 and £3.50 per delivery. If the rumors are correct, UberEATS also plans to sweeten the pot for punters with premium-only menus and deals.

It seems like subscription models are the future for food delivery. If that’s true, God help us. And our waistlines.

Read next: How these two tech companies are empowering carpoolers