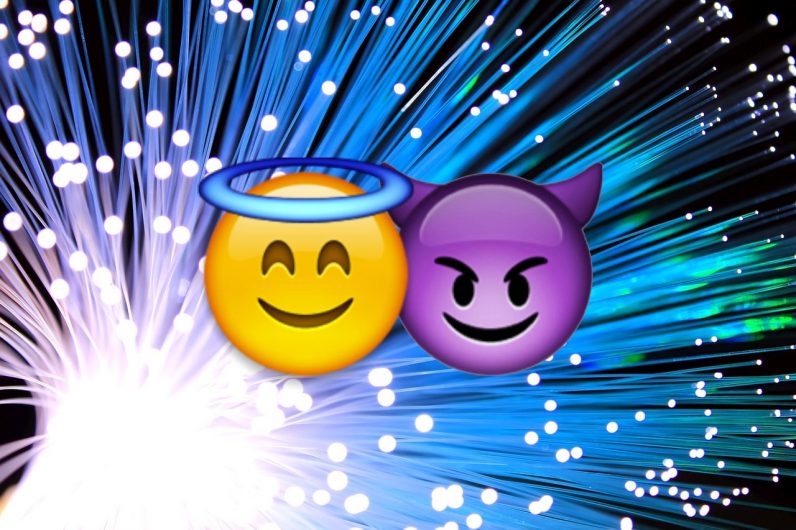 Although we at TNW love new tech, we’re also a bunch of cynics that view it with a certain scepticism (I mean we’d be lousy journalists if we didn’t). We, like you, know what practices we consider bad — such as irresponsible handling of personal data — but it’s harder to pinpoint what’s good.

That’s why I asked Torben Friehe, co-founder of the Good Technology Collective, a European forum for piloting technological advances, what exactly is good technology?

Well, that was somewhat underwhelming. (But worry not, I only chose this as the first quote for dramatic effect and to remind you that nothing in life is easy — the truth is that this article is actually worth reading.)

The GTC was founded to bring together leading figures in tech from different disciplines — e.g. science, politics, journalism, etc. — to offer counsel on the societal impact of new tech, such as AI, data surveillance, and IOT. So how come Friehe can’t simply say what good technology is?

“The thing is that the GTC is founded on seeking the answer to that question. We don’t just want perspectives we agree with, we want to foster real discussion on which direction we want to take tech. The answer could be that all technology is bad in principle and we should go back to our caves, I don’t know,” says Friehe and adds laughing “if someone convinces me that’s the right approach, I might live in a cave.”

But jokes aside, Friehe has strong opinions on what good tech is, even though he acknowledges that he alone doesn’t hold all the answers.

Intentions, purpose, and accountability (you know, all the fun stuff)

“Whether technology is good or bad depends on the people that create it — and I think that’s one of the things that’s neglected. Technology doesn’t appear out of thin air, there are people behind that create it. These people are the ones deciding whether the tech has positive or negative qualities,” says Friehe and emphasizes that engineers also need to become more deeply involved, and question the purpose of the tech they contribute to.

Friehe calls for increased accountability among engineers, not just the ‘decision makers’ that form the original intentions or the purpose of a product — whether it’s military tech or data products. “There are a lot of people that are working on technology that don’t even know about the intention behind the product they’re developing. And that’s particularly the case with, and always has been, with engineers.”

In Friehe’s opinion, engineers working on frontier technologies are too free to approach their task with almost a child-like zealousness. They can focus solely on the engineering challenges and the joys of solving them, without questioning or even thinking about the end-use of the tech.

“The intention of the product is rarely influenced by the engineer. The engineer receives directions and executes them, but we need to change that,” says Friehe. The entire development chain of tech needs to be more interactive and influential and the first step towards that is having engineers have more say.

Technology with a purpose — and built with restraint

Tech is developing so fast that there are hardly any limits to what we can do, that’s why we need to create the restraints — because computing power doesn’t anymore. In Friehe’s opinion, the best way to do that is to educate engineers in ethical related issues and give them more power in forming the purpose of the product.

“The input that engineers give on designing certain solutions influences the design, for example the extent of data collection. Engineers, at least at my company, have a lot of influence on what data we should or shouldn’t record,” says Friehe. The reason for that is that the purpose of the product will ultimately guide where we employ restraint in tech.

“It might be a stupid analogy but if you’d collect all the paper documents that you get at home — and literally not throw away anything — your apartment would be flooded with letters.” Friehe feels that engineers of data products need to think about data collection in a similar way. We have the capacity to fill our apartment with letters, but it’s not a smart thing to do, especially if it can be harmful to other people.

Although Friehe doesn’t mention it explicitly, I can’t but help but to think about purpose as a reaction to the mentality of advancing tech for tech’s sake. Of course it can be argued that uninhabited innovation has given humanity great gifts, but that’s an attitude that better suited in academia.

The reason is that businesses in the private sector (where most technological innovation happens nowadays) always have an underlying and inherent purpose. Whether it’s creating wealth for shareholders or ‘disrupting’ a market, the purpose is there — so it’s important that everyone that participates in making it a reality is a aware of it.

So for me, good technology might frankly be as simple as technology for the sake of people. But I bet that corporate big wigs could find a way to twist that into something ugly and, for example, argue that people need tech overlords to monetize their personal data to provide them with a platform to argue with their racist uncles.

However, Friehe and the members of GTC are bigger people than me and recognize the need to include all perspectives to reach a meaningful conclusion — because no one group can dictate tech.

“There is no single authority that can determine which technology is good or bad,” says Friehe. “And to be clear, it should never be the GTC’s role to determine whether particular tech is good or bad. It should be a forum to discuss what individuals and organizations think is good or bad.”

“One of the objectives of the GTC is identifying the threats to good technology. Of course I have an opinion there, but I need to find out whether it’s valid or not. The problem is that people don’t talk about these things, maybe sometimes at pubs — but unfortunately, most influential tech people don’t spend that much time in pubs.”

That’s why Friehe and his co-founder Yann Leretaille formed the GTC along with its Expert Council, which includes influential people in different areas of tech, such as:

Friehe feels that now, for the first time, we actually have the capacity as a society to discuss whether we want new technology, whether we need it, how we want it to be, and what we should do with it. He genuinely believes that if you have a forum to display arguments on good tech — and if you get intelligent people to listen — then people will eventually make up their minds.

The GTC will officially open its doors in Berlin on December 15 and you can attend by registering here. But despite it only being officially launched now, TNW has been monitoring its inception for the last few months. We’ve even published a few articles by some of their experts — e.g. on algorithms,  spies and digital privacy, problem of disruption, and AI sex dolls — and it looks like the collective is off to a good start.

All the original costs of GTC were funded by member donations and in 2018, the collective will operate as an e.V., a nonprofit according to German law, funded through grants and non-corporate donations. But the GTC still needs to be careful with its co-operation with big tech if it wants to make a meaningful contribution to answering what is good tech.

Friehe acknowledges that it isn’t just up to him, but the intention is to keep GTC as independent as possible and make sure that future partners cannot influence the agenda of the collective too much. Big tech, just like any other participants, have a right to their opinion on good tech, but it needs to clear that it’s their stance, and not masking it with GTC.

Just like you, I’d hoped that this article could’ve given an definite answer to what exactly constitutes as good technology, but it’s too big of a question for now. One thing though is for sure, we’ll never know what good tech is unless we keep asking the question.

Read next: Why I don't care about net neutrality, or our country's future