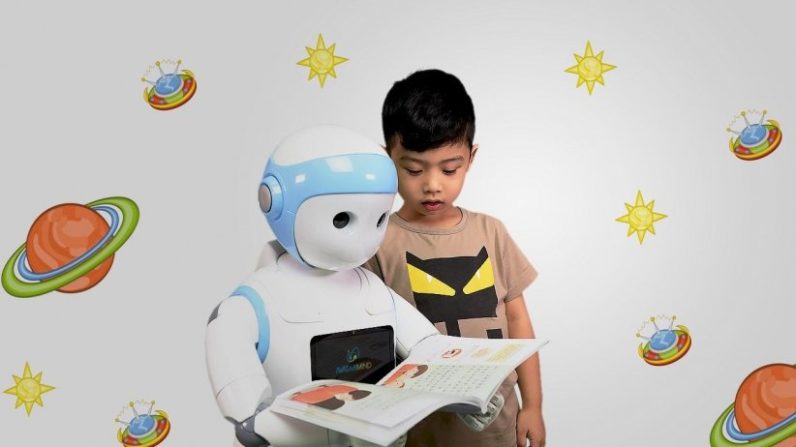 The thought of a robot mom is laughable, but it’s becoming a reality faster than we think. For just $49.99, you can stop singing your baby to sleep by using Edwin the singing duck. He can play lullabies or sleeping sounds to soothe your little one to sleep. Edwin also has interactive play capabilities for when you need to take a break.

Tired of telling the same old bedtime stories? The Smart Toy Monkey will handle it for you. Don’t have the time to answer all of your kid’s math questions? The CogniToys Dino will act just like an in-house teacher.

And for the biggest slap in the face, meet iPal, a three-foot tall robot nanny that’s more than capable of babysitting your children. iPal comes fully equipped with a surveillance camera, touch sensors, and apps. This bot can help your kids with school, track their growth, and serve as a full-time companion.

Call it creepy or blame technology, but robots are creeping into parenting because mom and dad are allowing it. Kids are starting to feel unimportant to their smartphone-addicted parents, according to a recent study.  And parents are spending more time on their devices than their children, according to a survey by Common Sense Media. 51-percent of parents spend eight or more hours online. But how much time is dedicated to raising children?

Mom and dad are busy, kids, but don’t worry: the robots will take it from here.

Read next: Windows Phone 8.1 is dead