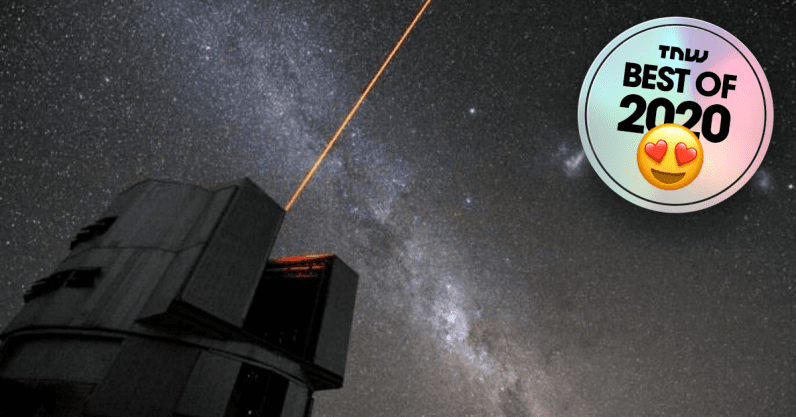 The planetary system TYC 8998–760–1, sitting 300 light years from Earth, shows a pair of massive worlds orbiting a star much like our own Sun. The team of astronomers took a pair of images of the system showing movement of the planets around their star.

Images of solar systems showing more than one planet have been recorded twice before in recent years. However, this image marks the first time a pair of giant planets have been seen orbiting around a young, star-like star.

“This discovery is a snapshot of an environment that is very similar to our Solar System, but at a much earlier stage of its evolution,” said Alexander Bohn, a PhD student at Leiden University in the Netherlands.

The star TYC 8998–760–1, seen in the Southern constellation of Musca (The Fly), is just 17 million years old, a youngster compared to our own Sun, which formed 4.5 billion years before our time.

Here lies one from a distant star, but the soil is not alien to him, for in death he belongs to the universe. ― Clifford D. Simak, Way Station

Just a few weeks ago, the European Southern Observatory’s Very Large Telescope (ESO’s VLT) released an image of a nascent solar system being born. This observatory was the first to ever image an exoplanet, released in 2004.

The SPHERE instrument on the VLT blocks light from distant stars using a device called a coronagraph, allowing faint planets to be seen in images recorded by the telescope. The video below shows a look at this new discovery from the European Southern Observatory’s Very Large Telescope.

However, this technique produces an aura of light, like that caused by blocking the Sun with a finger. Fortunately, light emitted from stars is unpolarized — electromagnetic waves the oscillate randomly in different directions. Once it strikes a surface and reflects, light becomes partial polarized. This allows researchers to use a technique similar to polarized sunglasses to see detail in the images.

Older planets, like those found in our own solar system, have cooled down too far to be found by alien astronomers using this technique. However, younger planets are warm, allowing the planets to show via infrared radiation.

Adaptive optics eliminate the effects of the atmosphere on light from space, providing astronomers on the ground with images having clarity rivaling those taken by space telescopes.

“SPHERE is trying to capture images of the exoplanets directly, as though it were taking their photograph. SPHERE can also obtain images of discs of dust and debris around other stars, where planets may be forming. In either case, direct imaging is extremely hard to do,” researchers wrote on the ESO website.

Analysis of the study was published in the Astrophysical Journal Letters.

Astronomers believe this new study will assist astronomers in learning more about our own solar system and other families of planets with stars like our own.

Read next: This is what plastic pollution may look like in 2040