The Protecting the Right to Organize Act—a bill aimed at making it easier for workers to unionize—passed the U.S. House of Representatives last week. If it makes it through the considerably less friendly U.S. Senate, the legislation would constitute a major shift in labor law by overriding state “right to work” laws and making some contract workers eligible to join unions. Tech companies and labor advocates are abuzz.

“We’re in one of those turning points in history,” said Caitlin Vega, labor lawyer and co-founder of union lobbying firm Union Made. “The PRO Act would give workers power on the job in a way we haven’t seen in a really long time.”

The timing is particularly meaningful for tech companies, which rely on vast contractor workforces to keep the lights on. Google, where a unionization effort is underway, famously employs more contract and temporary workers than permanent employees and relies on the former to do everything from recruiting, to content moderation, to software development.

But the bill would affect more people than that. The Bureau of Labor Statistics reported that 34 percent of the U.S. workforce, or 55 million people, were contractors or gig workers in 2017. Many Silicon Valley contract workers at the top tech firms say they’re working under a “two-tiered caste system,” without the same rights, benefits, and perks as regular company employees.

Companies like Uber, DoorDash, and Instacart have built their entire business models on the gig workforce in a system they call the “future of work.” It relies on millions of independent contractors to provide their services, like giving rides and delivering groceries. This employment structure has sparked worker strikes and protests across the U.S.

Other tech companies, like Amazon and Facebook, have also seen discontent in their workforces. Amazon is facing a massive unionization effort by its warehouse workers in several states, most notably in Bessemer, Ala. And Facebook employees have increasingly complained about having a different agenda and priorities from the company’s management when it comes to moderating hate speech and racist rhetoric.

The PRO Act inserts itself right into the middle of these worker debates. An earlier version of the bill passed the House last year but ultimately died in the then Republican controlled Senate. On its journey, however, it attracted considerable attention from the tech world.

Uber, Lyft, Airbnb, and other Silicon Valley companies lobbied against that version of the bill. TechNet, an industry group that represents major tech companies, including Apple, Google, Facebook, and Amazon, also lobbied against the legislation last year.

“Uber believes we should advance policies that improve independent work, instead of eliminating it,” said Danielle Burr, Uber’s head of federal affairs. “We will continue to work collaboratively with Congress and our diverse community of earners on meaningful solutions to improve the quality and security of independent work.”

While the PRO Act would not exactly resolve the tech world’s labor disputes, whether it passes or not could dictate what work will look like in the years to come. Here’s a little primer on what it would—and wouldn’t—do.

What Exactly Is the PRO Act?

This year’s bill is very similar to the 2019 PRO Act. Labor advocates say it aims to restore much of the original National Labor Relations Act, which passed in 1935 under President Franklin D. Roosevelt and gave workers the right to form unions. Over the past several decades, amendments and challenges by corporations have chipped away at the act.

Specifically, the PRO Act would override “right to work” laws, which currently exist in 27 states and allow workers to opt out of paying dues while still requiring unions to represent them. The PRO Act would require all workers represented by a union to pay dues.

For example, if the PRO Act were in place, Amazon wouldn’t be able to send anti-union text messages, hand out anti-union leaflets, and mandate anti-union meetings for its warehouse workers organizing in Alabama. And at Google, the PRO Act could make it easier for its newly formed union to include contract workers.

“We respect our employees’ right to form, join or not to join a labor union, without fear of reprisal, intimidation or harassment,” said Amazon spokesperson Heather Knox. “Concerning the union campaign in Alabama, we are following all [National Labor Relations Board] rules and guidelines and remain focused on providing a safe, inclusive workplace—as well as industry-leading wages and benefits—for all of our employees.”

Under the PRO Act, the government would have more power to punish employers who violate labor laws. The National Labor Relations Board, which is responsible for enforcing the NLRA, would also be in charge of enforcing this law.

Democrats largely favor the measure. It passed the U.S. House in a 225–206 vote last week, with five Republicans joining in and only one Democrat voting no. Advocates for unions see the legislation as critical.

“I see the PRO Act as being very practical,” Vega, the labor lawyer, said. “It really reflects all of the ways that labor laws have failed workers and how employers have been able to ride roughshod over workers’ rights with no consequences.”

Opponents to the PRO Act say the bill could hurt independent work and upend gig economy companies’ business models, since it could open up unionization to those sectors. It could also impinge on the privacy rights of employees, they say, because it could replace secret ballot elections for unions with what’s known as a “card check,” which only requires that a majority of workers sign authorization cards to allow a union to represent them.

Additionally, opponents say, the PRO Act would make it difficult for businesses to keep their workplaces open during strikes.

The legislation has attracted powerful corporate adversaries, including the U.S. Chamber of Commerce, which called it “labor’s litany of dangerous ideas,” and the National Retail Federation, which said it’s “the worst bill in Congress.” More than 150 trade associations sent a letter to lawmakers last week saying the PRO Act would destabilize the country’s workplaces.

How Could the PRO Act Impact Tech Labor?

Tech companies oppose the PRO Act because it defines “employees” much more expansively than they would like—and potentially gives large swaths of contract workers the right to organize.

The details of how it does that are a little complicated. The PRO Act does not automatically turn gig workers and contractors into employees and grant them all the related benefits and privileges. It redefines them as employees only for the specific purpose of forming a union and other circumstances covered by the National Labor Relations Act, said Charlotte Garden, a professor at Seattle University School of Law.

While the PRO Act would be federal law and therefore apply across the country, it would only address “questions about collective action and collective bargaining,” Garden said. “Other statutes, like the [Fair Labor Standards Act] and Title VII, as well as state employment laws, have their own definitions of ‘employee,’ and the PRO Act does not affect those definitions.”

For unionizing purposes, the legislation adopts what’s called the “ABC test” to determine whether a worker should be deemed an employee or independent contractor—a test gig companies including Uber have long opposed.

And that potentially opens the door to everyone from gig workers for Uber and Lyft to contract workers at tech companies, like Google and Facebook, to join or form unions. As for permanent employees, like those at Google and in Amazon’s warehouses, this bill would make their process of unionizing easier because it would remove certain barriers that may quash labor organizing.

Rep. Bobby Scott (D-VA), the House Education and Labor Committee chair and the sponsor of the PRO Act, said his bill seeks to address a “serious problem” with companies classifying workers as contractors rather than employees to prevent unionization.

“The PRO Act closes that loophole by giving eligible freelancers and gig workers, who are classified as employees, the right to decide for themselves whether to form a union. Or not,” Scott said in a statement. “Anyone making wild claims that this bill would mean the end of freelancing or restrict workers’ flexibility is either mistaken or deliberately misrepresenting the facts.”

Should history teach us anything, quite a political battle, fueled by hundreds of thousands, if not millions, of dollars in lobbying, is what’s in store—115 organizations lobbied Congress over the 2019 bill.

The PRO Act heads to the U.S. Senate next, where it will need 60 votes to advance it past the legislative filibuster. There are currently 48 Democrats and two independents (who caucus with the Democrats) in the U.S. Senate, meaning the bill would need significant Republican support to get 60 votes. No date is set for the Senate vote.

“It’s still very early,” said Jake Rosenfeld, a sociology professor at Washington University in St. Louis, who studies unions. If the PRO Act seems like it has a shot in the Senate, “you’ll see a whole different rise and tide of opposition from a range of industries.”

Gig economy companies in particular, including Uber, Lyft, and DoorDash, are already gearing up for a fight to oppose the bill. Google, Facebook, and Amazon have yet to publicly state their positions.

“While we do not oppose the PRO Act in its entirety, we have strong concerns that the provision of what constitutes an employee as opposed to an independent contractor could have a chilling effect on the gig economy,” said Peter Chandler, TechNet’s vice president for federal policy and government relations. “TechNet looks forward to working with Congress to fix this provision in a way that is both pro-worker and pro-innovation.”

The newly formed App-Based Work Alliance, which is another coalition made up of tech companies, was created specifically to battle union-friendly legislation like the PRO Act and advance its own pro-independent-worker policy agenda.

Whitney Mitchell Brennan, spokesperson for the App-Based Work Alliance, said the group was “disappointed” by the House passing the PRO Act. She added that the vote “put at risk the flexibility that millions of app-based workers rely on.”

If the PRO Act also passes the Senate, it will head to President Joe Biden’s desk. Biden has already expressed his support for the bill.

“Nearly 60 million Americans would join a union if they get a chance, but too many employers and states prevent them from doing so through anti-union attacks,” Biden said in a statement urging the House to pass the PRO Act last week. “They know that without unions, they can run the table on workers—union and non-union alike.” 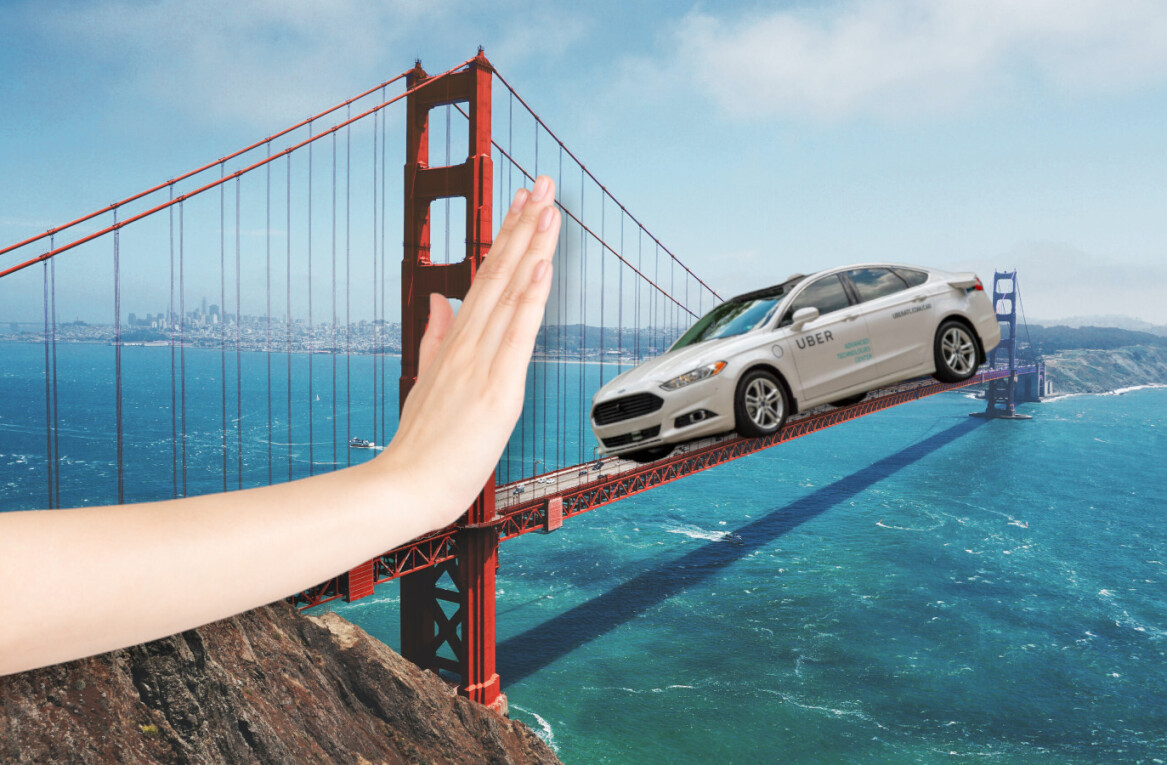