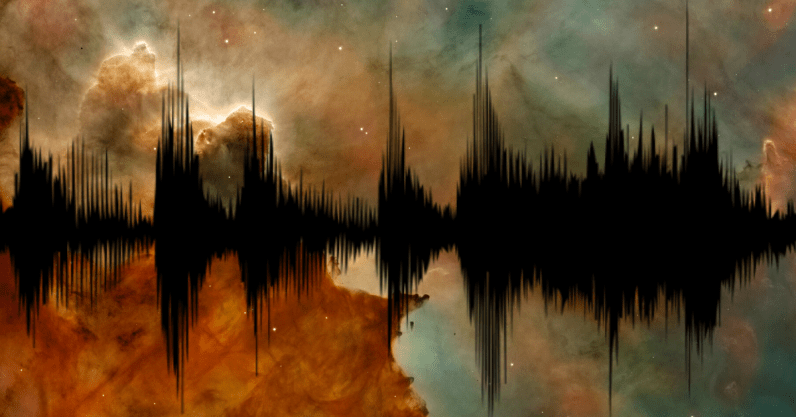 A source of repeating radio waves seen from one point in the sky presents astronomers with numerous mysteries. The source of this signal, where radiation builds and ebbs over a period of 16 days, remains a question. The longevity of these cycles — now seen continuing for over 500 days — could either present another mystery, or perhaps a clue to what is going on at the center of these displays.

Fast radio bursts (FRBs) are one form of highly-energetic explosion in deep space. Thought to be caused by small, massive objects, although the exact nature of these objects is still in question. The energy released by eruptions of these objects can outshine the entire galaxies in which they reside, but these events fade in a small fraction of a second.

The 180916.J0158+65 FRB has now been repeating for 500 days. The apparent source for this display is a region of active star formation just outside a massive spiral galaxy, 500 million light years from Earth (well outside our Milky Way galaxy). It is the most active FRB yet detected, and one of the nearest to Earth.

Radio Waves of Unknown Origin? I Don’t Think They Exist

A new study examining this signal found it is likely either a periodic event (such as a rotating object) or the radio waves may be amplified on a regular repeating pattern. Chances that the repeating signal is a random event now seem slim.

This cycle repeats once every 16 days, including four noisy days, followed by 12 days of silence.

“It’s the most definitive pattern we’ve seen from one of these sources. And it’s a big clue that we can use to start hunting down the physics of what’s causing these bright flashes, which nobody really understands,” Kiyoshi Masui, assistant professor of physics in MIT’s Kavli Institute for Astrophysics and Space Research, stated.

One possibility is these events are caused by a single dense object like a neutron star. Such a periodic eruption might be the result of one of these ultradense stellar corpses wobbling while it rotates. This type of movement, called precession, can be seen as a toy top slows down.

Another idea holds that FRBs may occur in stytems where one neutron star orbits another neutron star or a black hole. If the pair have orbits that bring them close to each other, material may be passed from one body to another, triggering an output of radio waves. This display would repeat each orbit, setting up the cycle seen by astronomers.

Another stranger idea holds that an object emitting powerful radio waves signal orbits a star surrounded by a dense atmosphere. With each orbit, the star passes through the gas cloud, temporarily magnifying the strength of the signal.

“Maybe the source is always giving off these bursts, but we only see them when it’s going through these clouds, because the clouds act as a lens,” Masui explains. The video below shows a look at fast radio bursts occurring around the sky, with no apparent pattern.

Another theory postulates that the outburst may be centered around magnetars — neutron stars with powerful magnetic fields. These objects, although poorly understood, are known to occasionally release large amounts of radiation, including radio frequencies.

In late April 2020, a signal resembling a FRB was spotted emanating from a magnetar, 30,000 light years from Earth, as it erupted in flares. If confirmed by further research, this event could be the first FRB ever spotted within our own galaxy. This finding would also lend significant evidence for the idea that magnetars are at the center of the mysterious fast radio bursts.

A CHIME for every season

The four antennae of the Canadian Hydrogen Intensity Mapping Experiment (CHIME) radio telescope in British Columbia remain stationary, scanning the entire sky as the Earth turns. There are no moving parts in the entire detector. When a signal is detected, digital processing determines where in the sky it originated.

“CHIME consists of four adjacent 20m x 100m cylindrical reflectors oriented north-south. The focal axis of each cylinder is lined with 256 dual-polarization antennas, each of which receives radiation from a large swath of sky that nearly stretches from the northern horizon to the southern horizon. This gives CHIME its enormous field of view,” the CHIME team reports.

Once a signal is received, the first stage of digital processing is completed in the F-Engine, digitizes the data 800 million times a second, and converts the observations to a 1024-channel frequency spectrum (running between 400 and 800 MHz) at a data rate of 13 terabits per second. Each second, CHIME collects 130 billion bits of data, recorded in 16,000 frequencies, sampled a thousand times a second.

The signal is then sent by optical fiber to the X-Engine, contained in a pair of 40-foot-long shielded shipping containers. Together, the X-Engine contains 30 racks holding 256 computer nodes with 5000 CPU cores and 64,000 GB of RAM. Each node processes a sample of the data, and these are processed together into a coherent signal.

Soon after turning its sight to the sky in 2017, the revolutionary radio telescope began its search for FRBs far from Earth. Whenever a FRB is detected, an alert is sent to researchers around the globe.

This instrument is operated by the CHIME/FRB collaboration, a group of more than 50 scientists led by the University of British Columbia, McGill University, University of Toronto, and the National Research Council of Canada.

Utilizing CHIME together with other observatories could help us uncover the mysteries of fast radio bursts and the odd repeating signal that is still going strong after 500 days.

Read next: There's no native iPad Calculator app, and that won't change in iPadOS 14