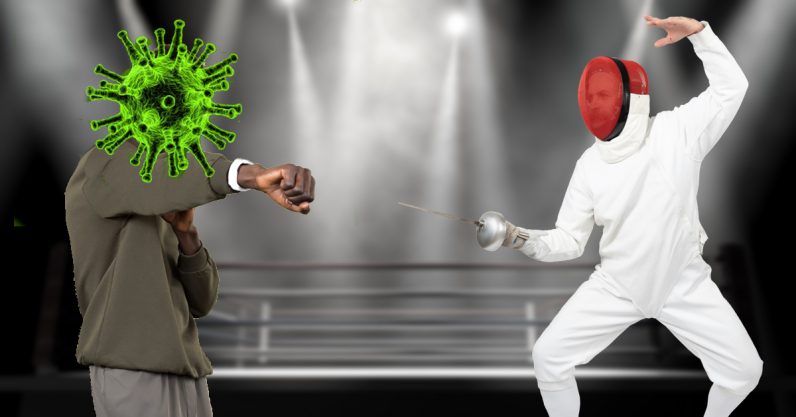 Since their discovery in 1928, antibiotics have become a common way of treating infections caused by bacteria, fungi, and other microbes. To treat an infection, a doctor usually prescribes a course of antibiotics (such as penicillin) for us to take. This drug is usually contained in a capsule then swallowed, where it dissolves in the stomach.

There, the antibiotic goes to work, destroying all bacteria in the stomach (including the good bacteria, which help our body function). The antibiotic is simultaneously absorbed into the bloodstream, where it is circulated around the body to target any infection present in other body sites, such as the throat or ears. Whether you have an ear or urinary tract infection, the gut is the first point of treatment for bacterial infections.

While antibiotics are helpful to us, a tendency to over-prescribe them is one of the reasons the world faces a crisis of treatment-resistant bacteria. Antibiotic resistance already causes about 700,000 deaths a year – and could cause 10 million deaths by 2050.

Antibiotic resistance happens when bacteria acquire one or several genes that allow them to either destroy or avoid an antibiotic’s effects. They do this either by developing mutations in a gene, or acquiring this gene from another microbe.

Resistance then spreads through the body in one of these two ways. Antibiotics destroy all bacteria – including the ones that protect us from illness and disease. So any bacteria with a genetic mutation or a gene that confers resistance to the antibiotic will be able to reproduce out of controluntil the main bacterial species are present.

Resistance can also be spread from person to person. For example, a person that has antibiotic-resistant bacteria in their mouth could spread these bacteria to another person simply by coughing or by kissing them.

We discovered for the first time that different sites in the body carry different numbers and species of antibiotic-resistant bacteria. We did this by comparing bacteria in the mouth (which is the first point of entry for antibiotics) with those in the gut (where the antibiotics are released). This discovery will be key for the future of treatment and prevention.

We started by looking at the microbiome in the gut and mouth. The microbiome is crucial in understanding antibiotic resistance, as it’s the sum total of all microbes (including bacteria, fungi, and viruses) found in a particular part of the body. But only some of the bacteria in each microbiome may carry antibiotic-resistant genes.

We compared DNA sequences from different mouths and stool microbiomes collected from people living in China, Fiji, France, Germany, the Philippines , and the US. This allowed us to create an overview of all genetic material in these samples, which we then compared with a database of thousands of genes known to cause antibiotic resistance. An algorithm then helped us reconstruct the genes and remove DNA sequences not responsible for antibiotic resistance.

We compared these remaining sequences with a database to see which genes cause antibiotic resistance. This showed us the number of resistance genes (in both individual bacteria species and bacterial communities) in a person’s mouth and stomach.

Because the populations of bacteria in the mouth and stomach are more than 80% different from each other, these findings tell us a lot. Not only do they show that different factors cause antibiotic resistance (such as what antibiotics you’ve been treated with in the past), they also show us what resistance genes are present and how quickly resistance spreads through a community. This can show us what antibiotics we should use or avoid when treating an individual’s infection.

As antibiotic resistance is a global problem, we also wanted to know how resistance differed between people from different countries. While we did find that people from Asia carried more bacteria with antibiotic resistance genes in their gut (likely because of how frequently antibiotics are prescribed or are taken), we were surprised to find that the numbers and species of antibiotic-resistant bacteria didn’t vary that significantly from country to country. Rather, there are greater differences in antibiotic-resistant bacterial species between your own gut and mouth than if you compared the bacteria in your mouth with someone from Fiji.

Peculiar as that sounds, this is important to know when it comes to tackling this global problem. It shows us that we need to stop focusing on only researching and treating the gut. These findings also indicate that similar treatment and prevention strategies might be useful no matter the country.

We don’t yet know why there are differences in the numbers and species of antibiotic-resistant bacteria in these sites. One possible explanation might be because the gut is exposed to a “double dose” of antibiotics (first when it’s released into the stomach, and then when the antibiotic is recirculated through the bloodstream), meaning that bacterial species there would develop resistance faster and to a wider range of antibiotics. Or, it might simply be because the mouth and gut naturally have different bacteria in their microbiome – so the resistance genes found in some bacteria or fungi would naturally be different.

Given what we’re beginning to discover about the sheer variety of bacteria in the human microbiome, to have any hope of stopping the spread of antibiotic resistance we’ll need to study the microbiome of different body sites as well. But these findings might bring us one step closer to knowing how we can stop antibiotic resistance from spreading through the body, and through populations.

Read next: UK police are using AI to predict who could become violent criminals