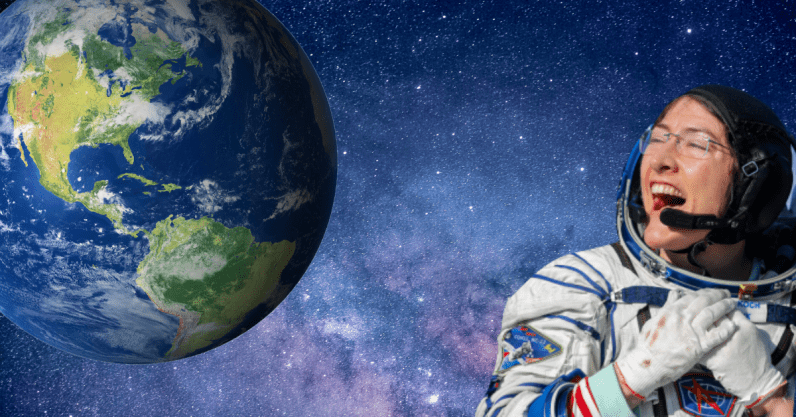 After spending 328 days on the International Space Station (ISS), NASA astronaut Christina Koch returned back to Earth yesterday after completing the longest ever single spaceflight by a woman.

Koch arrived in space in March 2019 alongside European astronaut Luca Parmitano and Russian cosmonaut Alexander Skvortsov. During the 11 month mission, Koch performed various experiments including studying the effects of microgravity on Mizuna mustard greens, combustion, bioprinting, and kidney diseases. In addition, Koch herself was a research subject to determine the long-term effects of spaceflight on the human body.

.@Astro_Christina completes a record 328-day mission in space returning to Earth with @Astro_Luca and Alexander Skvortsov both of whom completed 201 days in space. Read more… https://t.co/9L8Zb7hFrt pic.twitter.com/MMwoCj1QaP

And Koch didn’t just break one US record this year: During the mission in October 2019, Koch and NASA astronaut Jessica Meir performed and completed the first ever space walk performed by two women. This mission was previously postponed by NASA last year as the space agency didn’t have enough spacesuits.

Whilst in Space, Koch and her team orbited the Earth 5,248 times and traveled 139 million miles — that’s about 291 trips to the Moon and back. Once the team landed back on Earth yesterday in Kazakhstan, they were taken to a nearby medical center to restore their balance in gravity.

This record-breaking mission is a huge step for science and woman-kind. Prior to this, the US record for a woman astronaut spaceflight was Peggy Whitson’s 288-day mission from 2016 – 2017. Currently, the US record for the longest spacewalk is held by Scott Kelly, who stayed just 12 days longer than Koch, bringing it to a total of 340 days in space.

Read next: Selling products online? Then get ready for the EU’s SCA on December 31