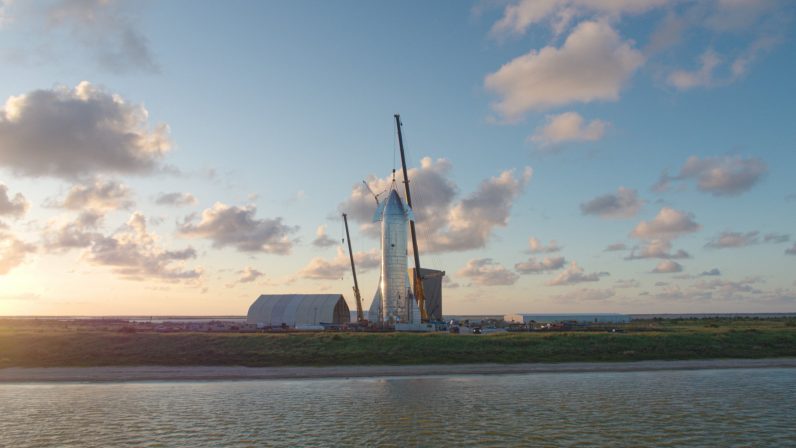 Currently, the company is working on engine designs. It has tested a single raptor engine with a prototype vehicle called Starhopper this year. Now, it’s building a triple raptor engine (Mk1) in order to take the vehicle 20km off the ground. Plus, SpaceX is building the second engine prototype, Mk3, at its facility in Florida; construction of the third prototype (Mk3) will begin in Boca Chica, Texas, in a month.

Three Raptors on a Starship pic.twitter.com/UrRiD62EVk

Musk said Starship’s rocket, Super Heavy, will be most powerful one in the history with up to 37 raptor engines aboard; it’ll be 68 meters long and nine meters wide (diameter). According to renders shown at the event, the spaceship itself will have a length of 50 meters and a diameter of 8 meters; it’ll carry a payload of up to 150 meters.

Starship will be the most powerful rocket in history, capable of carrying humans to the Moon, Mars, and beyond pic.twitter.com/LloN8AQdei

SpaceX claims once Starship is mission-ready, it’ll be capable of taking 100 astronauts and scientists for research on a long, interplanetary flight. Once it can achieve this flight, it can go ahead with its plans for space tourism.

The company has missed deadlines before, so we can’t say for sure if Starship will reach the orbit in the next six months. We’ll surely keep an eye out for you.

Read next: China's new 500-megapixel 'super camera' can instantly recognize you in a crowd