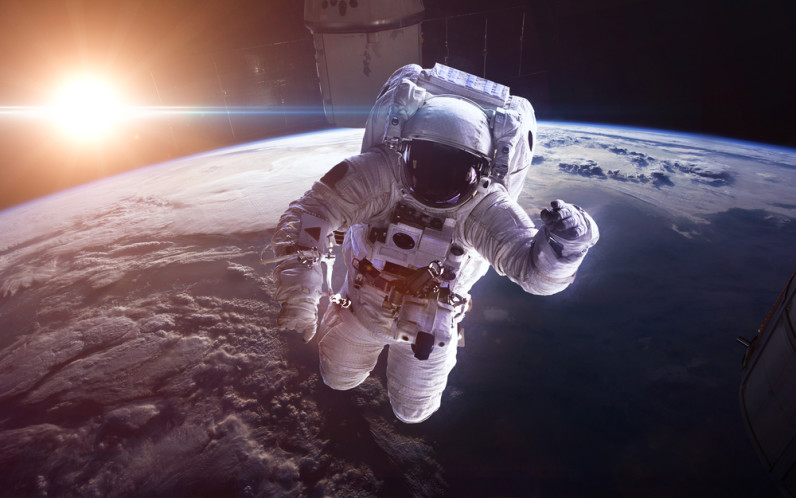 It’s not often I’m glued to my screen while someone talks about the intricacies of urination.

Twitter, for all its problems, sometimes delivers a thread too good to pass up. These tales, often spun as threads, offer genuine insight into the human experience: the play-by-play of a breakup by a curious onlooker, a false narrative of a harrowing run-in with a drug smuggler, or a story about urination that’s so fascinating you just can’t stop reading.

The thread, about the challenges of urinating in space, specifically, touched on themes of sexism, science, and history, weaving between each with the ease that comes naturally to a talented writer like Mary Robinette Kowal, the thread’s author.

Kowal, a professional puppeteer, narrator, and award-winning author starts the thread off with a rebuttal, a facts-first presentation stemming from the response to her NY Times essay. Titled “To Make it to the Moon, Women Have to escape Earth’s Gender Bias,” the piece drew skepticism from people (men, presumably) that women could go to space without technology that allowed them to pee there.

Let's talk about peeing in space.

Several people, in response to my NY Times essay, have said that women couldn't go into space because we lacked the technology for them to pee in space.

She quickly corrects the notion, offering historical examples of the difficulties posed by anyone peeing in space, not just women. Kowal also cited specifics about what the act itself entailed, which is a convoluted and often messy process. Urination, or defecation, in space is quite tricky, it seems.

Perhaps most interesting, or funny, is that NASA once tried to solve the urination problem with a “sheath that looked much like a condom.” This, after experimenting with urinating inside the space suits, or in diapers. The problem, however, is that men, when offered small, medium, or large sheaths, all said they required a large. “They did not,” according to Kowal, which led to later astronauts being offered sized like “extra-large, immense, and unbelievable.”

But, I don’t want to ruin too much for you here. The thread is really worth your time and you should definitely give it a look.

Read next: Nvidia replicated the moon landing with RTX graphics