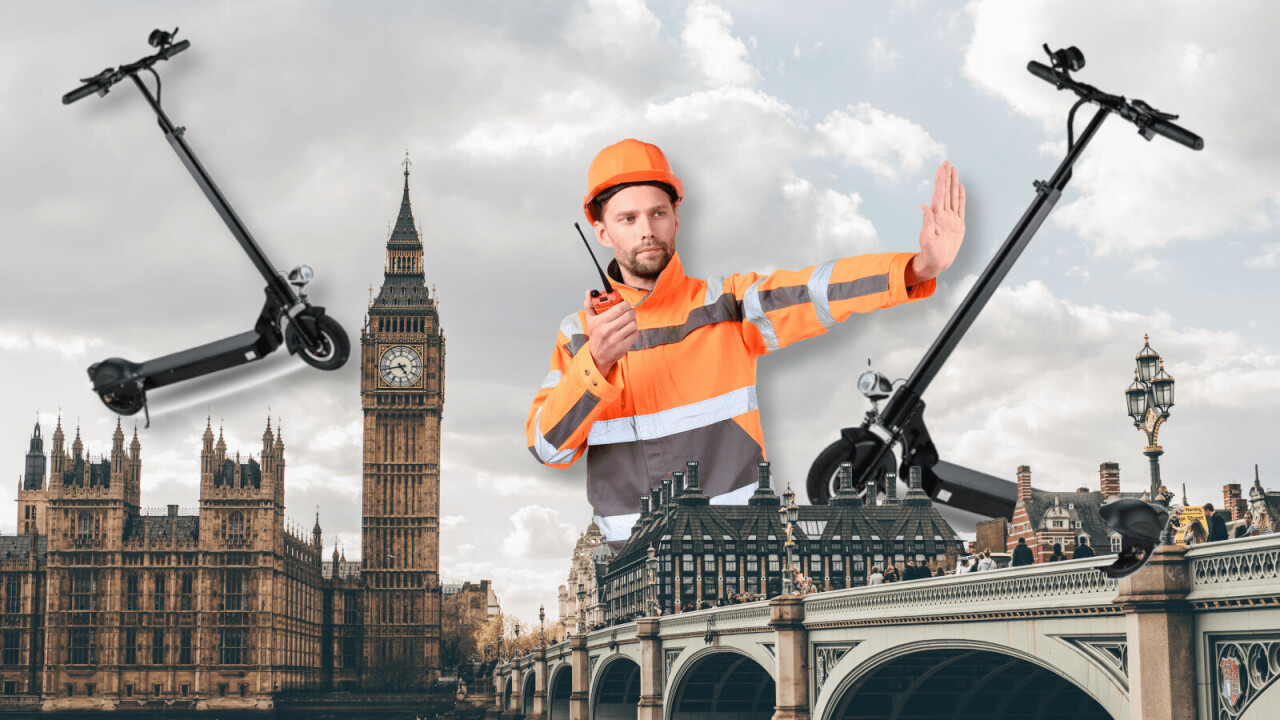 Just days after the first escooter trials were launched in the UK, the two-wheeled transport had to be pulled from the streets after they were ridden through shopping malls and down freeways.

Since then, a number of other trials in Britain have launched, and you guessed it, some have been canceled because people are riding them in places that they shouldn’t be, BBC reports.

One trial, which saw 200 escooters deployed to the streets of Coventry and Birmingham, was supposed to last 12 months. However, it’s been brought to a close in Coventry just five days after it started due to reports of people riding them on sidewalks and in pedestrianized areas.

It should be noted that the scheme has been particularly popular. In less than a week, the BBC reports that more than 5,000 rides have been taken on the escooters.

However, residents have complained that the stand-on devices are being abandoned all over the city, creating hazards for pedestrians and other road users.

Some branded the devices as “hell on wheels.”

Campaigner for the National Federation for the Blind, Sarah Gayton, told the BBC that she’s relieved the trial has been paused, but still wants the escooters to “disappear from the UK.” Which all sounds understandable, albeit a bit extreme.

But are we missing the point?

Escooters aren’t sentient. They don’t switch themselves on, ride to random locations, and dump themselves across the sidewalk with reckless abandon.

They also aren’t capable of riding themselves alone down pavements, sidewalks, and pedestrian areas where they shouldn’t be riding. There is a human attached to these devices in these instances that is making decisions, knowingly or otherwise, to misuse them.

Yet, the focus of many people’s arguments doesn’t seem to consider this. Sure, we didn’t have these challenges before escooters, but equally, escooters aren’t entirely to blame.

If you’ve ever ridden a bicycle among traffic where there is no cycle lane, you’ll understand why escooter riders are defaulting to the pavement. This only highlights how dangerous and scary it is riding among traffic, and how generally poor UK road infrastructure is for anyone that’s not in a car. Perhaps if we fixed that, we wouldn’t have people misusing the scooters?

Escooter operators do have a duty to do as much as they can to educate their riders on correct and safe use of their devices. In a recent interview with SHIFT, Verena Löw, who works at the VBB Germany’s largest transport authorities, spoke of escooters and suggest that operators need to optimize their apps in line with regulators to prevent as much misuse as possible.

But it’s illogical to blame escooters when riders use them in places where it’s against local laws. As road users, people that use any form of transport have a duty to know the highway code and ride or drive responsibly and accordingly.

When a car driver jumps a red light, we don’t blame the car. It’s an idiot driver who’s putting other road users in danger for their thoughtless actions.

Coventry City has put its portion of the midlands’ escooter trial on hold until it can figure out how to make sure people use the devices “appropriately.” Indeed, it’s right to take the safest route for its locals, but what’s needed is education and road infrastructure that actually supports road users that aren’t in cars.