Verena Löw will speak at our online event, TNW2020. Secure your free ticket now and learn how data, autonomy, and connectivity are fueling the future of mobility

You can’t go a week these days without reading the word “disruption” in relation to some new piece of tech that says it’s going to change the way we live forever. Many startups in the mobility tech world profess that very Silicon Valley infused mantra of ‘moving fast and breaking stuff’ — but as regulators and industry watchdogs get involved, the disruptors run the risk of becoming the disrupted.

It seems sizeable parts of the mobility space exist either in regulatory gray areas — where they’re subjected to Draconian legislation that inhibits innovation — or are not regulated at all. How mobility tech startups interact with regulators could be one of the defining interactions in deciding what mobility tech proliferates and what is left to languish in the Seine.

To find out how regulations and mobility tech should interact, SHIFT spoke with Verena Löw head of strategy and communication at Germany’s largest public transport authority, the Verkehrsverbund Berlin-Brandenburg (VBB).

The VBB is a public service, with close ties to the government, which develops and “strategizes public transport services, is responsible for public tenders, and common fares and ticketing.” It also runs public information systems about transport services and distributes revenue among the actual operators that drive the buses and trains in the region.

It might sound like corporate speak, but that really means the VBB sits in that often overlooked intersection between the government, the public, and transport operators. It doesn’t necessarily set laws, and it doesn’t operate services, but it’s still a key player in the introduction and development of new transport services — one that connects all other components together.

You’d be forgiven for thinking that organizations like the VBB would always be central to new mobility tech or transport that’s rolled out, but that’s not always the case.

“New digital developments will likely be brought in by new players who think outside the known box — and outside regulatory constraints which keep others from starting,” Löw told SHIFT. “This is exactly what we’ve seen with escooters. Their spread developed faster than the regulatory framework covering it.”

When things like this happen, Löw says it’s incredibly important for authorities to respond quickly, rather than sitting back to wait and see what happens. But that’s not to say operators, like escooters companies, are exempt from playing an active role in ensuring their services adhere to moral and legal standards.

“Regulations around safety, service standards, and usage of public space have to be defined by authorities, while providers can also aim for improving the overall user experience,” Löw exclaims.

Indeed, recently in the UK, we’ve seen escooter trials expedited amidst the coronavirus pandemic in an attempt to provide socially distanced transport options for locals.

In one instance, an escooter operator deployed their devices and app with seemingly no safeguards against where the scooters can be ridden. There were also no KYC processes to check the riders were of legal age. This lead to youngsters riding them through shopping malls and on highways where they’re not legally allowed to operate.

This doesn’t need to happen, though.

Mobility services should be optimized for regulations

Löw recommends that mobility providers should support laws by “making sure their service is optimized in line with regulations.” For example, children shouldn’t be able to download the app or open escooters for use without proof of age.

Everyone involved should have an interest in implementing new mobility options as safely and securely as possible, it shouldn’t be an ‘either/or-point of view.’

In fact, Löw says it’s beneficial, after a certain point of growth, for mobility service providers to be regulated more closely so that they can benefit from standardization of processes and safety focused regulation. As their businesses grow further, there will be less ambiguity over their use and it’ll be a clearer proposition for the public.

Speaking to Löw it’s clear that, above all, regulations still need to be clear. Overcomplicated regulations are unlikely to encourage innovation, and can be challenging to adequately enforce.

Consider the current situation with Uber and Lyft in California, it’s the perfect example of what happens when mobility service providers clash with regulators over complex and finely nuanced legislation.

Back in January, Californian law makers passed AB5 a piece of legislation that required gig-workers, like Uber and Lyft drivers, to be recognized as employees and to receive commensurate benefits. However, Uber and Lyft, two of the world’s leading gig-economy platforms, have continually fought the legislation.

Collectively, they’ve poured more than $100 million into a political campaign, called Proposition 22, to challenge AB5. The companies were close to shutting down, but have been granted a reprieve to continue operating while the legal case is still yet to come to a close. Thanks to Prop 22, the Californian voting public will decide the fate of Uber drivers in the country’s election in November.

Both Uber and Lyft were pioneers in their field, and are undeniably popular in busy cities. But their business models have relied on exploiting employment loopholes which let individuals that are core to their business — the drivers — work as independent contractors.

While 70% of drivers want to remain independent contractors, it’s an ethical dilemma as they’re not afforded healthcare, insurance, or other employment benefits and without them, Uber and Lyft wouldn’t have a service.

Regulators, meanwhile, got involved very late. With Uber launching in 2011, it took industry watchdogs about eight years to recognize the potential exploitation that’s occurring due to Uber’s business model and the wider concept of the gig-economy.

It’s hard to say what the situation would be if regulators had got involved sooner, and if Uber and Lyft had worked with them amicably, but presumably it wouldn’t have got to the state it’s in now.

Shifting to the future

With complex business to government interactions like this, it’s clear that we’re in a transition period, and as more new and innovative mobility tech finds its way to our streets, it’s vital for everyone’s sake, that regulators and transport authorities get involved sooner rather than later.

Also, transport authorities and regulators should eschew their focus on traditional methods of transport and join innovative startups in looking to the future to provide new and innovative choices that meet public demand.

“While public transport has long been defined as busses and trains, why not extend that definition and include micro-mobility, shared mobility as well?” Löw says as a final remark. Indeed, if we did, we stand a greater chance of developing more tenable and sustainable mobility solutions for the future of our cities.

If you’re interested in hearing more from Verena Löw and a host of other key names in the mobility tech space, then join our online event, TNW2020, where you’ll hear how data, autonomy, and connectivity are fueling the future of mobility. 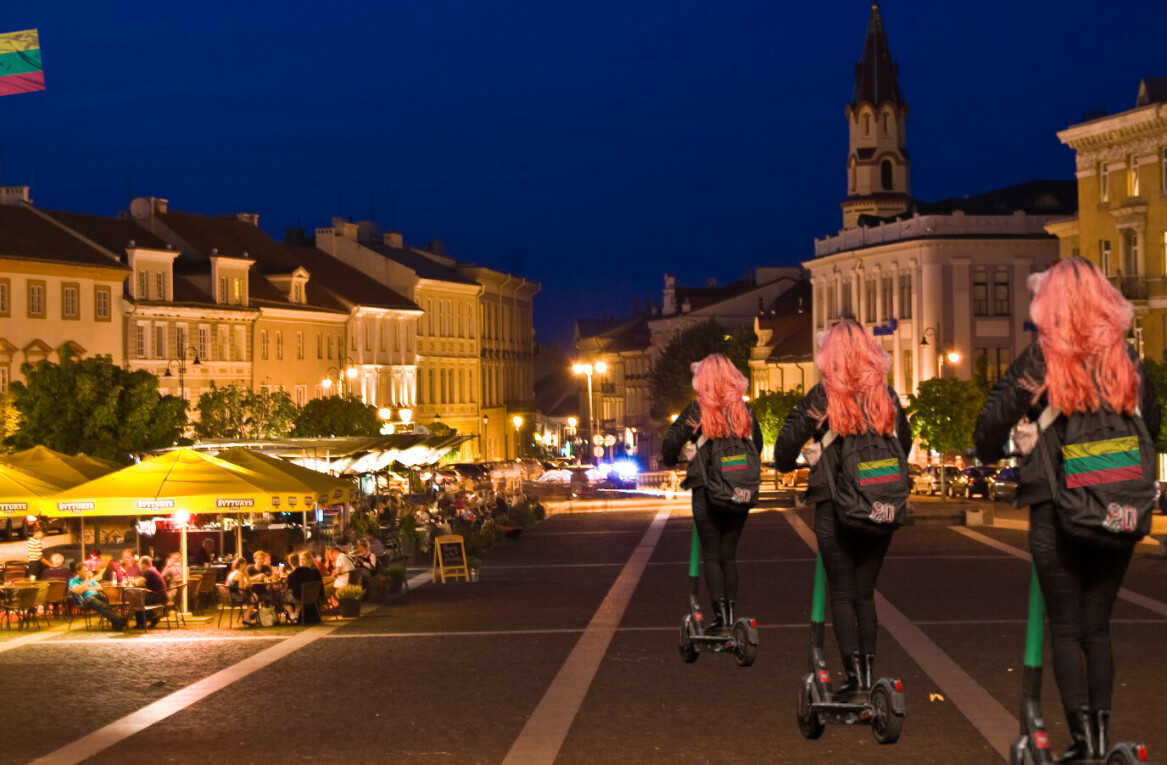 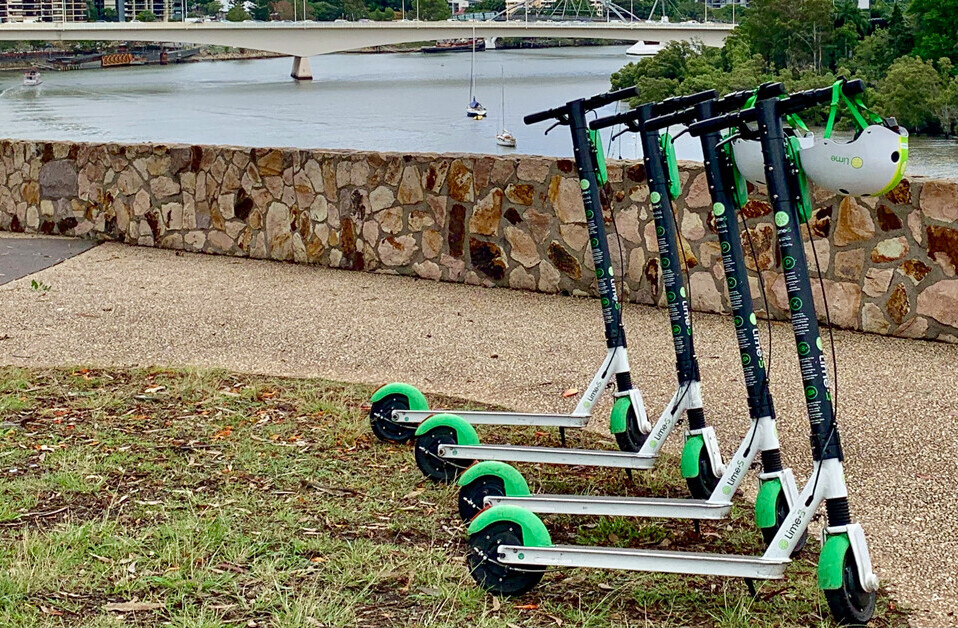