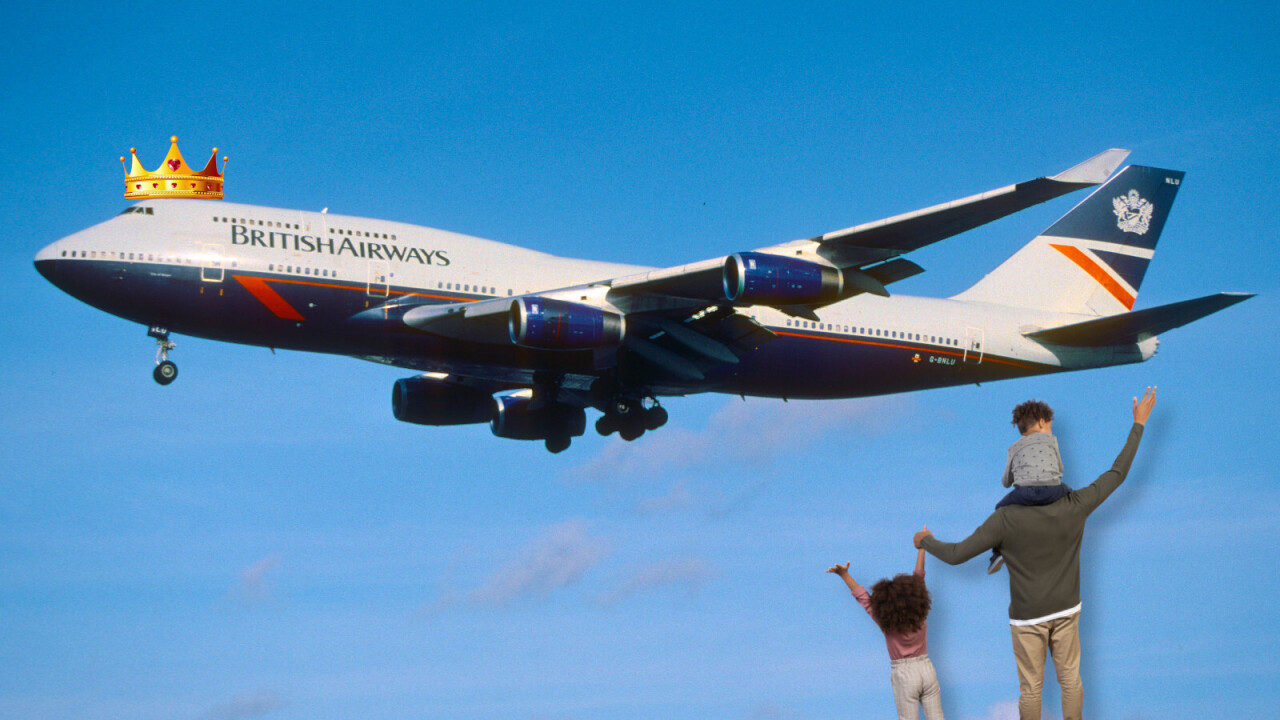 Earlier this month, people familiar with aviation giant Boeing’s inner workings said that the company was close to ceasing production of its Goliath of the skies, the 747, citing a drop in demand. With recent news that British Airways is retiring its entire fleet of the four-engined behemoths that future is becoming a reality sooner than expected.

In a letter to employees, British Airways said it is immediately pulling all 28 of its Boeing 747s rigs from service, Airline Geeks reports. The move comes in response to the changing travel patterns and a drop in passenger numbers brought on by the coronavirus pandemic.

[Read: This cute lil’ underwater drone just spent 4 years ~ v i b i n g ~ in the Atlantic]

“With much regret, we are proposing, subject to consultation, the immediate retirement of our Queen of the Skies, the 747-400. We know there is speculation on social media and aviation websites, so we wanted to make our position clear,” the letter said.

This marks the end of a 30-year run of service for BA’s 747s after the flight operator got its first unit in July 1989.

This isn’t entirely a surprise as British Airways was always planning to phase out its collection of 747s from duty, but that wasn’t supposed to be complete until 2024. However, with the expectation that long-haul travel passenger numbers won’t return to pre-pandemic levels anytime soon, British Airways sped up its decision to stop using the double-decker planes.

Like BA, Royal Dutch Airlines KLM also retired its last 747 back in April.

Australian operator Qantas also took the same decision with its last commercial 747 flight taking place this month. But again, the coronavirus just sped up wheels that were already in motion, as Qantas was already planning to retire its 747 fleet at the end of 2020.

Earlier this month, airline maker Boeing had reportedly left a trail of hints that it would be ceasing production of its 747 aircraft. A Bloomberg report cited “people familiar with the matter,” said the news could be “teased out from subtle wording changes in financial statements.”

Industry analysts said there isn’t actually a need for such massive planes when it comes to moving people around. Smaller planes are cheaper to run, burn less fuel, and are easier to fill to capacity. There are still haulage versions of the 747, which will likely operate for many years to come, though.