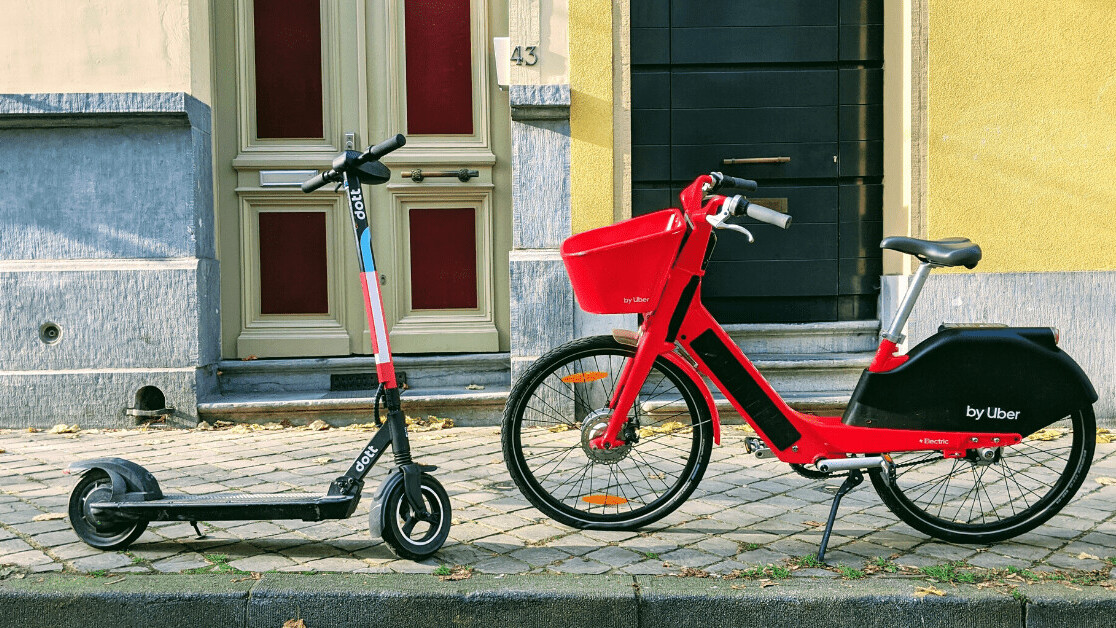 Until recently, the relationship between micromobility providers and cities has been, at worst, rocky – characterized by rows over streets cluttered with abandoned scooters, and arguments over rights to ridership data – and at best, an arm’s length stand-off, with officials setting the rules which private companies are expected to follow.

But the COVID-19 crisis could see this dynamic evolve towards more cordial partnerships.

Several North American transport leaders at a recent Cities Today Institute roundtable agreed that the pandemic has highlighted how micromobility services such as rented scooters and shared bikes are now a crucial part of the transport mix in many cities, and therefore may need to be better supported as such.

During COVID-19 lockdowns, micromobility companies, alongside public transport operators, have seen their ridership plummet, though many offered services to help essential workers continue to get around. As restrictions ease, micromobility is no longer just a complement to public transport but, for now at least, an alternative to it in many cases.

In the UK, for instance, regulations were fast-tracked this month to allow trials of rental e-scooters and in the US, New York City Council voted to approve a dockless bike and scooter pilot programme after years of debate.

UK Transport Minister Rachel Maclean commented on the UK move: “As we emerge from lockdown, we have a unique opportunity in transport to build back in a greener, more sustainable way that could lead to cleaner air and healthier communities across Great Britain.

“E-scooters may offer the potential for convenient, clean and cost-effective travel that may also help ease the burden on the transport network, provide another green alternative to get around and allow for social distancing. The trials will allow us to test whether they do these things.”

Although scooters and shared bikes are now getting the chance to prove themselves, pre-pandemic questions about the long-term economic viability of the sector remain, including concerns over poor profitability and market saturation. Since the COVID-19 crisis began, several companies including Bird, Lime, Lyft and Uber have announced staff lay-offs or withdrawn some services.

In this climate, cities recognise that the way they work with micromobility companies may need to change to ensure benefits for both parties and citizens.

Stephen Zoegall, Global Lead – Cities & Infrastructure, Accenture, said: “Overall, it seems that leaders of departments of transportation are going to have more interest in working with micromobility providers. We see an opportunity for more public-private mobility partnerships, much like you have in the energy generation space in North America.”

The City of Chicago is preparing to launch its second scooter pilot. It will run until autumn, expanding the number of scooters from 2,500 to10,000, covering much more of the city and focusing on safety, equity and parking.

In an interview after the roundtable, Sean Wiedel, Assistant Commissioner, Chicago Department of Transportation (Chicago DOT), told Cities Today: “Prior to this crisis [scooters were] a complement to transit. Now, in many cases, [they’re’] a way for people who don’t necessarily feel comfortable getting on transit yet via a bus or a train [to get around].”

Scooters in Chicago currently operate under an Emerging Business Permit to allow for a flexible, experimental testing phase. In future, Chicago DOT could ask the City Council to create a limited business license category for them, which would require companies to continue to apply for permits, or it could put out a Request for Proposals (RFP), which would make micromobility providers contractors and “give the city more of a stake” in the success of programs, Wiedel said.

Initial funding for the program came from federal grants for projects promoting economic recovery, reduced traffic congestion and improved air quality, as well as additional funds from the City’s Tax Increment Financing program, but this was not sustainable in the long-term.With Chicago’s Divvy bike-share scheme, which launched in 2013, the 6,200 bikes and almost 600 stations are owned by Chicago DOT and the program is sponsored and operated by Lyft (which last year replaced Blue Cross and Blue Shield of Illinois, the scheme’s previous backer).

A US$50 million investment from Lyft is set to see the entire city covered with the bikes by mid-2021 as well as the addition of electric bikes, and the deal promises to provide the city with an additional US$77 million in direct revenue for transportation improvements over nine years. Divvy also supports CDOT’s ‘cycling ambassadors’  program, which help people learn to ride safely.

Wiedel described the Divvy bike-share system as “truly a public-private partnership”, where the companies work collaboratively on everything from where the stations go to operational standards, compared to scooter permitting systems which are “fairly one-sided” in that the city sets the rules and collects some revenue.

“The last thing we want is all those folks who have cars to suddenly start driving to work every day in downtown Chicago because we’ll just have massive gridlock,” Wiedel said. “Shared micromobility needs to be part of our mix of transportation and, ultimately, to have a stronger partnership I think there probably does need to be an investment on the part of the city.”

As well as ensuring the maximum choice of mobility options for citizens, such partnerships could also help cities manage their revenue challenges and avoid situations they faced with ride-hailing. As one delegate put it. “On the flipside, as we look at the long-term use of our public right of ways for commercial use by companies – and that becomes more of a profit-making venture for companies at scale — we need to look at what that fundamental financial relationship is between companies and cities. We have utility franchises, but we don’t have mobility franchises. I think we need to be thinking about some of those things so we can take care of the roads and sidewalks that serve these companies.”

Although analysts expect the scooter sector to recover from COVID-19 disruption eventually, an uncertain market is an additional concern for some cities as they weigh up potential new models.

Wiedel said Chicago had originally considered requiring scooter pilot applicants to show that they would be operational in two years “so that if we want to select them through a competitive RFP, they’ll still be here”.

But, he said: “Ultimately, that wasn’t realistic given the landscape and economics, and given COVID-19. What we landed on for this year is ‘Will they be around to complete this pilot?’, which is all we could really ask of them at this point.”

Beyond financial partnerships, data and agility can also fuel innovation.

As in many cities, public transport ridership has fallen dramatically in Portland during the pandemic. “We are looking at whether there are opportunities for scooters to be taking up some of that slack,” said Chris Warner, Director, Portland Bureau of Transportation.

He noted that some scooter companies lowered their prices in outer areas of the city and saw an increase in the number of rides.

“We’re trying to figure out ways for [scooters] to be part of the fabric of the transportation system and also make sure that they are available city-wide,” Warner said.Portland’s target is to reduce single-occupancy vehicle trips to 30 percent or less by 2035. To help achieve this, four scooter companies are in operation as part of an extended pilot (though the city could look to streamline the number of providers for future initiatives) and the 1,000-cycle BIKETOWN bike-share program is operated by Lyft’s Motivate and sponsored by Nike. Like many cities globally, Portland recently announced a Slow Streets initiative, repurposing streets and closing them to car traffic to enable residents to “safely walk, bike, and roll through the city.”

Although he doesn’t envision the city making a financial contribution – “We don’t see our revenue picture markedly improving until sometime in 2021” – Warner said the city is still motivated to help ensure micromobility companies succeed. Revenues from gas tax and parking fees have dropped sharply and most scooter revenue is generated based on the number of trips. “Obviously if they’re not doing trips, they’re not paying us [a lot of] money,” he commented.

“Part of our ethos has been to be a good partner,” Warner said, noting that the city is in regular close communication with all scooter pilot participants. “We’re not a big city; we don’t have a lot of the resources of other places but what we do have is the ability to innovate and the ability to work with companies.”

According to Zoegall, the key to partnerships is demonstrating how they add flexibility. He explained: “This flexibility can be considered in a number of ways, for example — in terms of options for the citizen and the ability to use data to further add flexibility to the system.”

Many permit conditions now specify that micromobility data is shared back to the city, either through the Mobility Data Specification (MDS) or other means. Portland’s Warner says this data will be key to “figuring out what works best and planning where we want to go in the future”.

Chicago is also tracking safety trends, with hospital emergency departments sharing anonymized data on the number and types of injuries they see related to scooters so it can work with providers to address issues.

Scooters’ journey into the heart of city transportation systems has been a short but bumpy ride so far – COVID-19 is a pivotal moment for how the market matures from here.